Film: ‘The Report’ is a brilliant and horrifying slow burn

Adam Driver leads a star-studded cast in this tense deep dive into the CIA's history of torture tactics.
Anthony Morris 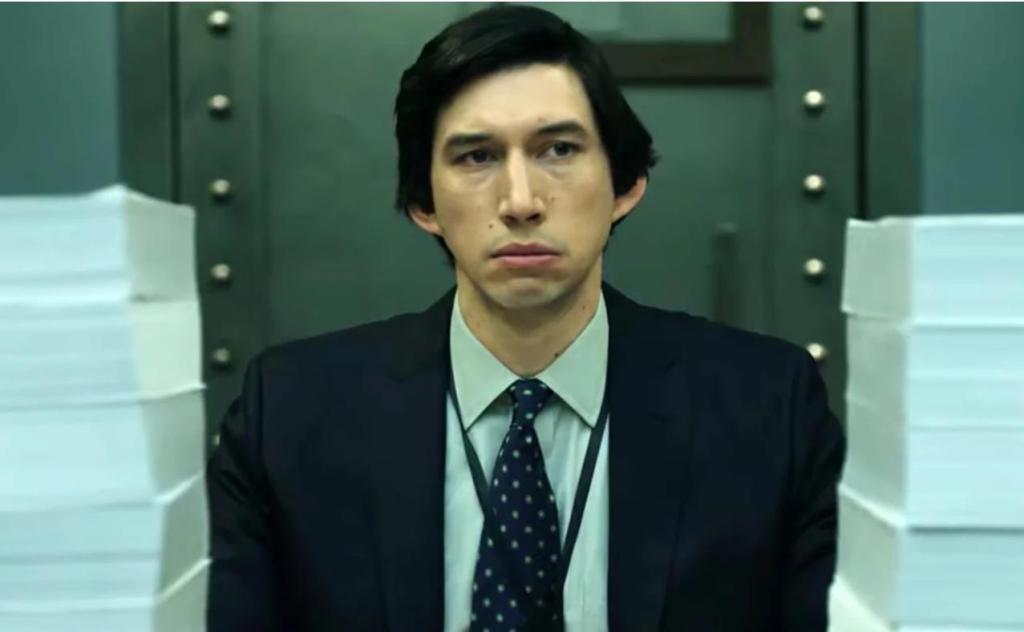 Some stories demand to be told on the big screen. The Report doesn’t seem like one of them. An in-depth look at the lengthy investigation into the CIA’s ‘enhanced interrogation’ techniques post-9/11, it delivers exactly what it promises: numerous scenes where senate investigator Daniel J. Jones (Adam Driver) sits in a windowless basement going through miles and miles of files. Yet somehow, The Report turns out to be one of the most compelling political dramas of recent years. What’s the trick?

At least some of the thanks goes to good old-fashioned star power. Covering Jones’ increasingly single-minded deep dive into the CIA’s torture tactics across a decade means there’s plenty of scope here for big names in supporting roles. So we get Annette Benning as Democrat Senator Dianne Feinstein, the person who hires Jones to take on the investigation into what the CIA was up to. Jon Hamm plays Denis McDonough, the insider who initially advises Jones to focus on national security if he wants a political career, before gradually transforming into a roadblock when Obama takes charge and taking on the CIA becomes bad politics for their side.

The other major factor in making this so compelling is the numerous lengthy flashbacks that illustrate Jones’ exploration into exactly how the CIA got so deep into the torture business. Running the show there are increasingly flustered agents played by Michael C Hall and Maura Tierney (who is almost maybe possibly playing a version of the lead in Zero Dark Thirty – a film name-checked here as CIA propaganda – only in this version she’s all for torture and constantly gets everything wrong). Douglas Hodge is James Mitchell, the former Navy man who sells his torture plan to the CIA and gets rich off a scheme that clearly never worked.

Writer-director Scott Z. Burns deftly juggles the various storylines, keeping things building to a head across the board as he cuts from the CIA’s growing realisation that torture doesn’t work to the various political efforts to suppress Jones’ report to Jones’ growing frustration and single-mindedness.

Together with cinematographer Eigil Byrld (Ocean’s Eight), he gives each plot strand its own look, from the sandy browns of the various CIA black sites to the warm look of the political offices and the sterile grey of the concrete walls that gradually start to close in on Jones as he increasingly looks like the last man left who believes in bringing the truth to light.

This is a thriller that gets its power not from twists and turns (we all know the CIA tortured people, and hopefully we all also know that torture is bad for both moral and intelligence-gathering reasons), but from the slow-building realisation that in many ways the horrors we’re being shown are just business as usual.

The closest this gets to an actual plot twist comes when it starts to look like Jones might go off-book and leak his own report (it’s a nice in-joke that Matthew Rhys, of spy series The Americans fame, plays the reporter he’s thinking about leaking to); the most depressing thing about it is that the surprise only works because in the real world Jones’ report has already pretty much been left in the dust.