Film Review: Unsound is a charming melody with some missing notes

A deeply human love story about a trans deaf man and a queer musician. Naavikaran honours this independent film's ambitions, but questions some casting decisions.
Naavikaran 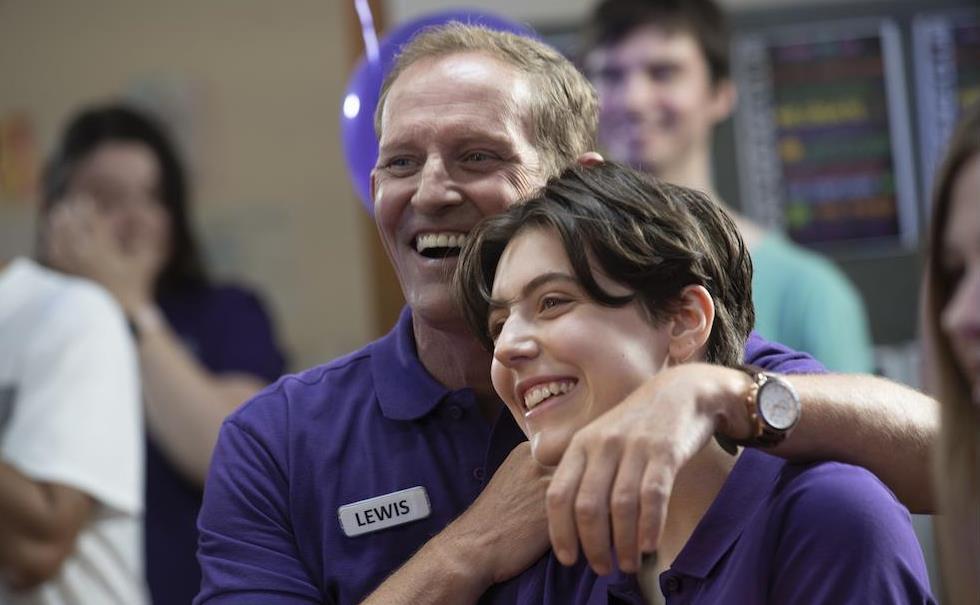 Written by Ally Burnham and directed by Ian Watson, Unsound is a deeply human film with a dream-like narrative that brings together various accounts of love and finding oneself. Produced by Shaun Miller and Tsu Shan Chambers, it’s a film that genuinely moulds together several conversations around representation, visibility and taking space, as experienced by folk who are LGBTIQAP+, deaf and/or hard of hearing, single parents, young people and musicians.

The narrative follows Finn (Yiana Pandelis) a deaf transgender man in Sydney who is exploring what being trans means to him as he is caught up within the complications of running a deaf nightclub and community centre. The other central character is musician Noah (Reece Noi), a gay man, who, while touring with the 90s-pop musician and mentor, Moniqua (Christiana Anu), decides that there is more to his life as a queer musician, and so returns home to Sydney to his mother to figure it all out. There he meets Finn and a beautiful romance plays out.

Both Finn and Noah are incredibly complex, nuanced characters. We see Noah’s vulnerability, yet the film portrays him as being quite secure in his femininity. Finn is refreshingly presented as being so much more than his transgender and deaf identities and the film does not present him with any sense of the tragedy or trauma we’re so accustomed to seeing in stories about characters like this.

Unsound allows the lead and supporting characters to be truly real within their personal narrative arcs. Many characters appear to be undergoing their own journeys of establishing themselves within their own lives, and the film is a widespread tableau of characters who are reaching out to one another to share love, connection, grief and celebration. Finn’s father, Lewis (Todd McKenney), allows himself to walk the fine line between being an overprotective parent and allowing Finn to figure out his journey on his own. Noah’s mother, Angela (Paula Duncan), navigates the grief over a man who’s left her and her family, and the need to connect with her son in ways in which she couldn’t previously.

As the film progresses, we witness Finn coming to terms with the intricacies of his newfound identity, as he navigates pride as a trans man. Noah, on the other hand, learns to better communicate with the people in his life, including learning Auslan as a way to connect with Finn as a boyfriend.

The work offers an incidental insight into some the daily realities of people who are deaf and/or hard of hearing. What struck me as especially poignant was Finn’s need to help the people around him realise that his lack of hearing is not necessarily a disability. The film’s attempt to normalise deafness as a different way of being, in relation to people who can hear, comes through powerfully, with several moments smartly using silence in relation to communication.

Sound and lighting are perfectly integrated to create a richly textured experience, with camerawork consistently focused closely on either Noah or Finn. The effect is of seeing two incredibly diverse worlds intertwining, while maintaining both Noah’s and Finn’s individuality throughout. While Christine Anu plays a smaller part in the film, her presence as Executive Music Producer does not go unnoticed.

I did find the foundations of the relationship between Noah and Finn quite unrealistic. The actuality of cis-folk, and especially, cis-gay men, being in relationship with transgender folk is quickly addressed in the first few moments of Finn and Noah meeting each other in the film. At some point in the work, Noah admits to finding Finn to be ‘quite a lot’ without necessarily exploring the dynamics of this remark.

The reality is that beautiful (from a Eurocentric standard) cis men who are confused about their purpose and place in their own respective lives, and sometimes ignorant of their own pretty-privilege, do not often outright fall for trans folk. This charming dream that Hollywood constructs about relationships between trans and cis folk also neglects the various complexities that both cis and trans folk navigate when exploring such a relationship. The producers did surprisingly attempt to normalise the reality of Finn – a trans man – not requiring the character to look like a ‘man’ and conform to a certain level of ‘masculinity’ for him to be in a wholesome and happy relationship. But this attempt immediately fails when viewers realise that Finn is, after all, being played by a deaf cis-woman, who the producers insist is ‘LGBTIQA+’, itself a monolithic phrase that does not acknowledge the diversity, disadvantage and differently nuance lived experiences within these identities.

This aspect of casting a cis-woman playing a trans man is incredibly disappointing and hard to ignore. While the film really had a powerful opportunity to create representations for several marginalised intersections, and employed multiple Auslan and trans consultants in the attempt to get it right, in my opinion it fails in this regard. Casting for queer white characters is not that hard.

Nevertheless, all the actors throughout the work are incredible at their craft. Director Ian Watson, who has previously directed award-winning TV like Love My Way and Dance Academy, clearly sets an intention to explore and establish a unique story with diverse characters, and that does come through wonderfully. This makes it all the more disappointing that the character of a trans-man is played by a cis woman, perpetuating the idea that the character is after-all a woman, a notion that is incredibly toxic and fatal to trans men and masc folk.

Overall however, Unsound is heart-warming, rich and melancholic film that offers its viewers a sensory high. It is an incredible endeavour and an important work that doesn’t tokenise marginalised identities, and does give permission to explore ‘authenticity’. Unsound bravely leaves some knots untied towards the end, but without leaving the audience feeling empty or lost.

I was grateful to be able to witness this work and the conversations it will present. Go watch it.

Naavikaran is an all-round goddess in the form of a multi-gender trans woman, badass entrepreneur, community educator, writer, organiser and choreographer from India, based in Meanjin (Brisbane). Their work aims to create platforms for storytelling that is accessible and safe for identities of various intersections and communities.    Naavikaran was named as one of the 30 Under 30 LGBTIQ+ Leaders in Australia by Out For Australia in 2019 for their contributions to the community. As a theatre producer and performer they starred in The Neighbourhood by La Boite Theatre Company, Future Ancestors by Metro Arts Theatre and Tales From The Colony by The Skin Deep Collective.    Naavikaran is the founder of 'ruhmantic', a royal chai brand and experience that is aimed to support artists and storytellers of colour. Their latest track 'The Closet' and 'Mansion of Grace' can be found on all streaming platforms, but especially Spotify.    Naavikaran’s pronouns are she/they.