Film Review: ‘The Very Excellent Mr Dundee’ is a trainwreck

For reviewer Anthony Morris, the Paul Hogan comedy makes a series of bizarre and problematic choices that don't add up to much.
Anthony Morris 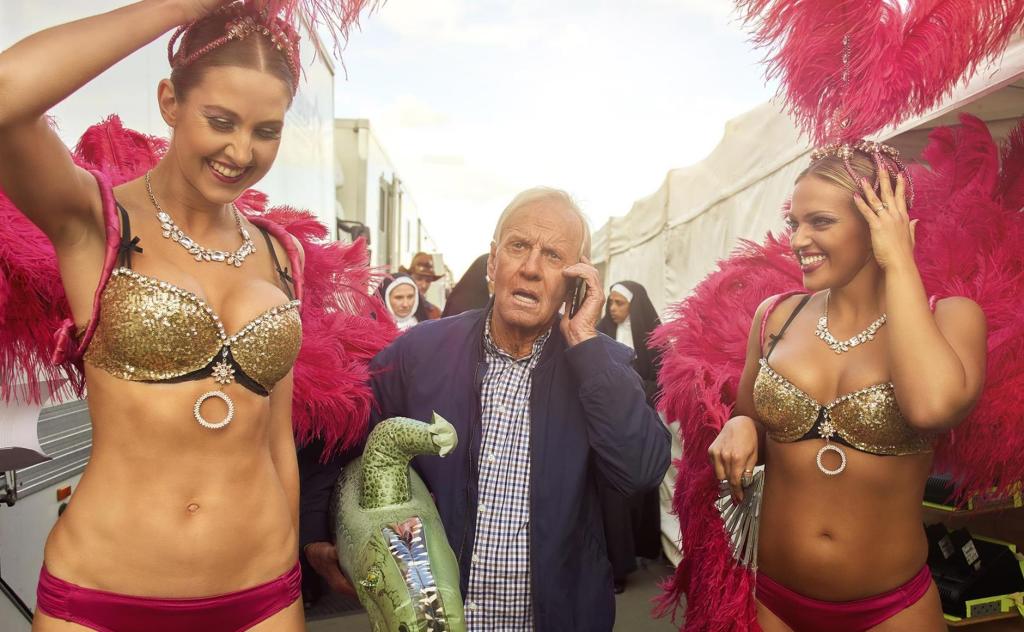 There are a lot – a lot – of questions raised by The Very Excellent Mr Dundee, and at least two of them have to do with the title. Firstly, that use of the word ‘excellent’ is definitely misleading. And secondly, why ‘Mr Dundee’? This is a film where Paul Hogan plays ‘Paul Hogan’, star of Crocodile Dundee, a film where he played Mick ‘Crocodile’ Dundee, a character nobody has ever referred to as Mr Dundee. And yet throughout this film his most successful character is almost always referred to as simply ‘Dundee’. It’s almost as if they were trying to distance this from Hoges’ big claim to fame just in case it might tarnish his legacy. If so, good call.

Paul Hogan (Paul Hogan) is a faded Hollywood celebrity who we are told has spent the last fifteen years trying to retire, so in this parallel universe, films like Strange Bedfellows and Charlie & Boots never happened. Out for a leisurely afternoon stroll in the Hollywood hills, he’s inexplicably recognised by a group of hikers who confuse him for ‘Crocodile’ Dundee and ask him to deal with a snake that is in no way blocking their path.

Overestimating his abilities, Hoges ends up using a stick to fling the snake directly at a woman’s face. This somehow seems to count as breaking news, and the ensuing controversy kick-starts Hoges’ media profile in all the wrong ways. To make matters worse, he’s just been told that he’s going to be knighted by the Queen for ‘services to comedy,’ so it looks like not actually making any comedy for fifteen years has finally paid off.

It should be a passable comedy premise; Hogan has to stay out of trouble for the next few weeks to secure the knighthood, only trouble keeps finding him. But then Hoges decides he doesn’t want the knighthood, five minutes later he does because his Bondi granddaughter Lucy (Charlotte Stent), told everyone at her new school about it and he doesn’t want her to look like a liar, and why would the Queen care about the endless series of minor scrapes Hoges falls into anyway? Though the repeated scenes where Hogan is mistaken for a racist are a bit problematic. Knocking out a nun might not be a good look either. Even saying about the LAPD ‘if you don’t do anything stupid they’re fine’ isn’t great in 2020.

What little life there is in this scenario is rapidly crushed thanks to a script co-written by director and producer Dean Murphy (who’s written and directed every one of Hogan’s cinema projects since 2001) that robotically repeats an increasingly predictable pattern. Time and again Hoges has a disastrous scene with a faded celebrity (or occasionally, as in the case of Reginald VelJohnson from Die Hard, a faded bit-player who has to actually say ‘I was in Die Hard’), then the media reacts to his latest blunder, then we get a scene with his increasingly frazzled manager Angie (Rachael Carpani) in which Hoges gets to express regret at how things are working out. Presumably in an attempt to let the audience know he understands how they feel.

While this film is a trainwreck packed with reviewer-friendly lines like ‘this may be the saddest thing this jaded old journalist has ever seen’ and ‘Is Paul Hogan the worst man on Earth?’, occasionally there are brief hints of a smarter, funnier film here.

A dream sequence featuring a glam musical version of Crocodile Dundee is well constructed, and there’s just enough bite in the standard jabs at Hollywood – in a meeting with studio executives Hoges rejects an actress for the role of his love interest because she’s 50 years his junior; they agree, then start going younger – to hint at a film that might have had a reason to exist.

Similarly, while the celebrity scenes are rarely impressive (many of them seem to have been filmed on the red carpet for another function entirely) seeing Hogan acting with John Cleese or Chevy Chase is a nice reminder of why they’ve had decades-long international careers while he has not. Chase is surprisingly (for this film) funny as ‘Chevy Chase’, a destructive ego-maniac who keeps excusing his bad behaviour with ‘I have an Oscar’ (he doesn’t). Cleese hits an even more manic note as a demented version of himself who’s become an Uber driver thanks to gambling and prostitution debts. Everyone else barely rates a mention; the highlight of Wayne Knight’s appearance comes during a callback to his earlier appearance as an annoying singer, only they obviously couldn’t actually get Knight back so they just played his singing while someone held up a newspaper with a picture of him on the front page.

And yet, despite a seemingly endless series of bizarre choices throughout this film, the strangest decision of all is to give audiences a Paul Hogan who’s a sad Hollywood loner. He’s basically a recluse constantly wishing he was back down under, while also somehow being at the forefront of media attention despite not having made an American feature film since 2001’s Crocodile Dundee in Los Angeles. He should be the best thing about this film, as he’s clearly still capable of being a charming larrikin when the script (briefly, occasionally) calls for it. Instead, he’s the worst.

Well he would be, if not for Paul Fenech playing a Mexican gardener.