Film Review: The Nightingale is furious and gruelling

The Babadook director returns with a different kind of horror: an essential film that gives voice to female suffering.
Sarah Ward
[This is archived content and may not display in the originally intended format.] 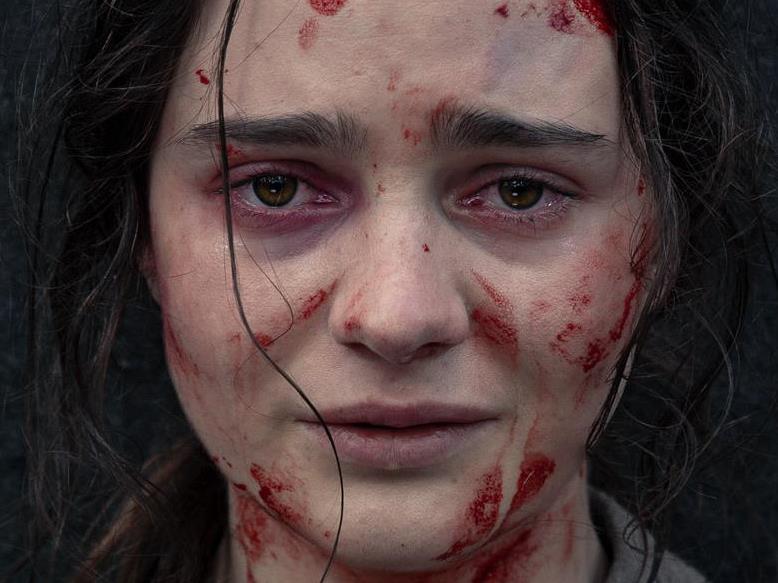 Image: Aisling Franciosi in The Nightingale.

For the second time in her two-feature career, Jennifer Kent heads to Sundance with a statement piece; a stunning achievement steeped in genre confines, but wholly its own film. With The Nightingale, the Australian writer/director swaps The Babadook’s bumps and jumps for an unsettling vision of a vastly different flavour — a revenge-fuelled western that finds its tension and terror in the victimisation and subjugation of women, as well as in the country’s cruel treatment of its Indigenous population.

Set in Tasmania circa 1825, The Nightingale hones its unflinching gaze on Irish convict Clare (Aisling Franciosi). Thanks to a canny move on the part of Kent and her returning cinematographer Radek Ladczuk, the feature narrows its focus in a literal sense too, constricting its imagery to the Academy ratio. For a film that carves a path through the scenic wilderness so prevalent across the Van Diemen’s Land colony at the time, such boxed-in visuals might appear an unusual choice. But throughout every moment of Clare’s tale, Kent wants viewers to experience the feeling of being trapped even when roaming free, to share a sense of pain and anger that never subsides, and to stare at the harsh reality of the young woman’s bleak plight.

Due to be released from her seven-year sentence by British lieutenant Hawkins (Sam Claflin) — a domineering brute drunk on the scent of power and glory, and often simply drunk anyway — Clare is instead forced to sing for the soldiers in her dulcet tones. Soon, she’s also savaged and stripped of everything that she holds dear. Enlisting the assistance of Aboriginal tracker Billy (Baykali Ganambarr), himself a victim of violence and discrimination, she sets forth with vengeance on her mind, hunting her assailants with the same wounding glare they once turned her way.

In recent years, Ivan Sen and Warwick Thornton have cast their eyes over the oppressive history baked into Australia’s landscape, to heart-wrenching results. The former’s Mystery Road and Goldstone prove searing contemporary accounts of the racial conflict still simmering across the country today, while the latter’s Sweet Country is downright blistering in its view of deep-seated, long-standing prejudice. By virtue of its period setting, The Nightingale may seem to share more in common with Thornton’s applauded work, but it’s best considered the third point in a probing cinematic triangle. Kent steps back further in time than her filmmaking peers, exposing how callous and uncaring the country has long been for its first peoples, and for anyone who isn’t both white and male.

Already a multiple award-winner at last year’s Venice Film Festival, where the director collected a special jury prize and Ganambarr was anointed the best young actor of the festival, The Nightingale is a movie of furious ire. It’s a gruelling western that’s innately aware of the genre’s long-running dissection of power struggles, an attempt to give a female voice to a shared tussle, and a horror film in its own distinctive fashion — one where the threatening foe doesn’t pop out of a book, but lingers in a societal order intent on torment and unwelcoming of change. If Kent’s chosen aspect ratio has a purposeful air of confrontation, then so do the devastating sights within its bounds. One particularly bold scene, and its carefully calculating framing, makes plain the reality of being attacked with such visceral precision that the feature has sparked walkouts at multiple screenings. The movie’s catalogue of close-ups, interrogating Clare and Billy’s faces across their journeys, cut just as sharply.

Of course, The Nightingale could only be — and should definitely be — a challenging film across its 136 minutes, with not one second wasted. How better to ground the audience in the mindset of its abused but determined protagonist, and to understand the slow-building, hard-earned affinity she shares with Billy, than to give their suffering palpable shape, texture and form? And to watch it repeat, overlap and feel as though it might extend forever? Kent ’s feature haunts its viewers by design, but in a matter-of-fact manner. Heartstrings aren’t tugged at, tears aren’t wrung through easy sentiment, and the movie doesn’t shout a message at anyone. Rather, The Nightingale knows that a beating stings as sorely when it’s inflicted in silence; it also knows that screaming internally can be the loudest sound in the world.

Difficult parts pepper the film; however Kent’s cast rises to the task. Like the mélange of languages uttered by The Nightingale’s various characters, and the tapestry-like soundscape that blends folk songs with Jed Kurzel‘s ominous score, each performance weaves its own thread while constructing a bigger picture. Claflin plays committedly against type, his role devoid of sympathy but never cartoonish. Ganambarr, a dancer from Elcho Island making his movie debut, turns in a portrayal as dynamic as it is deep. And fittingly, Franciosi carries the weight of piercing emotions while blazing away fiercely. Like The Nightingale itself, her efforts are never easy to watch, but both deserve and demand an audience.