Film Review: Phil Liggett – The Voice of Cycling spins on its own axis

A new Australian documentary about the veteran cycling commentator quietly celebrates both the man and the sport, says Glenn Dunks.
Glenn Dunks 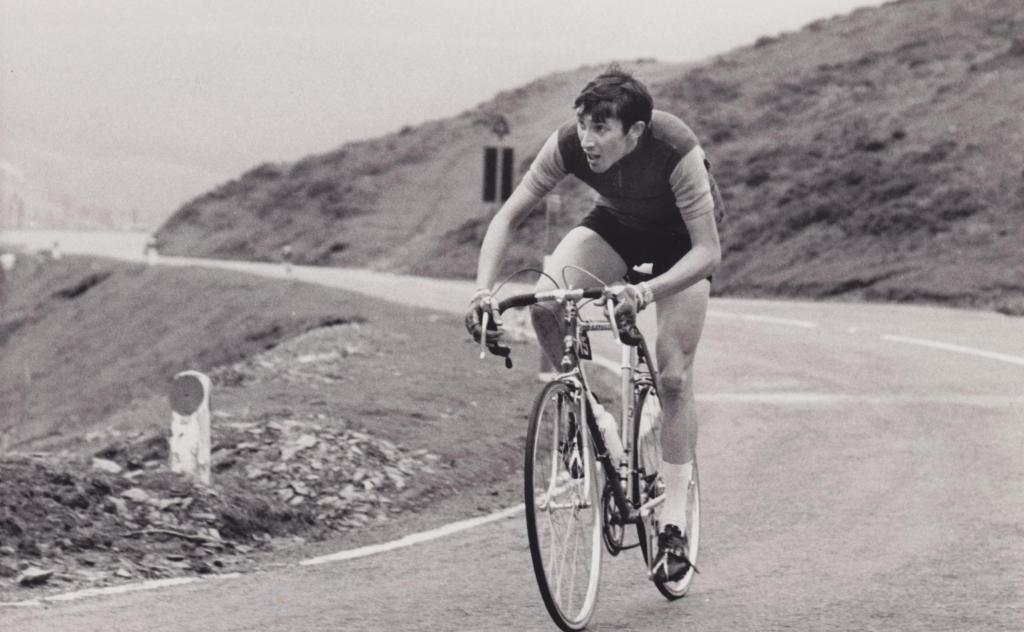 It’s amazing how swiftly our senses can take us back to a very specific place and time. As a kid, I was never a lover of sport beyond the AFL team that I was taught to love and still do to this very day. The thought of watching a cycling event is certainly far from an ideal evening.

Still, within moments of the new Australian documentary Phil Liggett: The Voice of Cycling, I was taken back to childhood nights in front of the family television as a young boy, eagerly indulging in nightly reruns of The Simpsons before having to swiftly change channels for SBS World News and nightly Tour de France updates. It was here that I remember the soothing voice of Phil Liggett, a man who – like John Laws and his commercials for Valvoline, or Warwick Moss as the host of The Extraordinary – seems to have left a significant impression upon my Australian brain for no substantial reason beyond the fact he had one hell of a voice for the airways and a signature wit and poeticism.

Liggett is not Australian, although you could be forgiven for assuming he was, considering how much of an institution he was here while on these annual ventures to the French countryside. It was as if he was always there, and apparently he is more famous here than in any other country. Now, like another honourary Aussie, Suzi Quatro, and last year’s AACTA-nominated bio-doc Suzi Q, an Australian filmmaker has taken up the challenge of making a film about the English commentator and sports journalist who, in his five decades of reporting, covered 15 Olympic Games and 47 Tours de France. It’s easy to figure why it has taken this long as, unlike most athletes who get the documentary treatment, Liggett’s own life has been relatively drama-free.

Read: Alex Gibney: ‘My films are meant to be agent provocateurs’

The Voice of Cycling is from the filmmaking duo of Eleanor Sharpe and Nickolas Bird, whose earlier work includes MAMIL (an acronym for ‘Middle-Aged Men in Lycra’) about white collar cyclists that was narrated by Phil Liggett, and the particularly impressive Remembering the Man about Tim Conigrave. Come to think of it, their latest could also be titled ‘Remembering the Man’. Despite the understated material, the filmmakers do a fine job of taking what was a relatively quiet life and making it feel bigger.

Where some audiences may struggle with this approach is that The Voice of Cycling is not constructed entirely just around cycling. While his early passion for the sport (he attempted a career as a competitive cyclist) and later commentating career are well covered as you would expect, Sharpe and Bird also choose to dedicate significant runtime to his life in South Africa where he lives with his wife, Trish, an Olympian in her own right. It is here where the two embark upon animal conservation, with the film detailing their efforts at fundraising to protect rhinos from poachers and on-the-ground assistance in protecting the African animals that surround their property.

If these segments come off as a narrative concession to get as much access to their subject as they do, then so be it. Of course, Liggett didn’t get famous as an athlete, so the approach taken by Asif Kapadia’s Diego Maradona or Kriv Stenders’ Brock: Over the Top would not have worked. Nevertheless, I’m not convinced that the end-product of The Voice of Cycling won’t disappoint some fans of the sport who would prefer more focus on the podium finishes he has excitedly called over 50 years in the business instead of on his birdwatching or scenes of urinating giraffes.

Maybe they’re being smart, though. Australians do love their sport, but perhaps surprisingly that has never really translated to film in the same way it has in other nations’ screen cultures. A glance at Screen Australia’s list of the 100 highest-grossing Australian films of all time features only two such titles, both centred on horse racing (2019’s Ride Like a Girl and 1983’s Phar Lap). And while there have been some strong sporting documentaries like Michael Cordell’s Year of the Dogs or the surfing titles of the 1970s, cycling hardly leaps out as naturally cinematic.

The second half of its near-two-hour runtime does pull focus on some more dramatic story beats. The doping scandal of Lance Armstrong looms over the later years of Liggett’s career, and while he may hesitate to discuss it, the impact of Armstrong’s confession to using performance-enhancing drugs clearly weighs on his professional and personal life. Likewise, the 2018 death of long-time commentating partner Paul Sherwen, whose absence is potent. A brief discussion about Phil and Trish’s choice not to have kids is something I’d have liked to see expanded.

Following its screening in official at the Adelaide Film Festival in 2020, the film has been in general release on around 50 screens, as well as through Demand.Film. This means The Voice of Cycling’s target audience – predominantly cycling clubs, older audiences and likely more rural viewers too – will be more easily able to see it. Even if it’s light on the very thing that made him a legend, this glimpse into Phil Liggett’s life should satisfy those with their own nostalgic memories of his famous tones.