Film Review: Overlooked and Underrated. The Second according to Adrian Martin

Mairi Cameron's psychological thriller The Second was released to little attention. Adrian Martin finds much more to like.
Adrian Martin
[This is archived content and may not display in the originally intended format.] 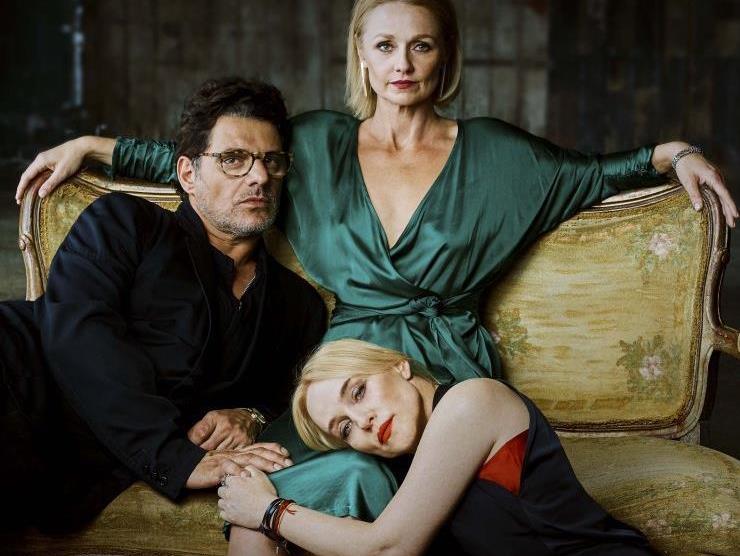 Formal production still for The Second, photographed by Alina Gozin’a.

The landscape of Australian feature film production has remained in a fairly fixed pattern since the turn of the new century. There are the relationship dramas about coming of age, marriages, families, best friends – often sparked up with a death or two, like Lantana or Breath. There are comedies, either in the high camp Stephan Elliott mode, or drawing on talent from the stand-up circuit and television. And there are – for want of a better word – acclaimed and relatively successful ‘art films’ like Warwick Thornton’s Sweet Country or Julia Leigh’s Sleeping Beauty. The only significant new player on this field in the past fifteen years has been what the industry likes to label as genre’ films: horror, thriller, action.

The sole nomination for Mairi Cameron’s The Second in the AACTA Awards came in the Indie Film category, which was won by Benjamin Gilmour’s Jirga. Yet, out of the current batch of Australian movies, I found it to be one of the most arresting and sophisticated. The fact that it was overlooked and unrewarded in the AACTA context points to the trouble that so-called genre films have in garnering a “quality” badge of recognition – even when they richly deserve it. Variously designated as an “erotic thriller”, a psychological murder mystery, or a brightly lit variation on a film noir formula, The Second had its genre tag working both for it and against it.

And there is a further complication. The Second is a genre film that also dares to borrow some art film conventions – and, in fact, it does so more skilfully and deftly than many of our certified art films manage to do.

Let’s back up a little. The Second is essentially a three-hander, and its characters are identified in the credits only as types: The Writer (Rachael Blake), The Publisher (Vince Colosimo) and The Muse (Susie Porter). In an isolated Queensland mansion, The Writer struggles to bash out – under the anxious eye of The Publisher, who is also her lover – a follow-up to her highly successful debut book, a steamy erotic memoir. Enter The Muse, the author’s childhood friend who stirs memories of past secrets and complicities – some of them relating to the menacing local figure of The Brother (Martin Sacks), who likes decapitating snakes in his spare time.

That’s the basic set-up, and it generates complications which I won’t spoil here. The really innovative twists in this material, however, come from elsewhere: in the way the tale is structured (in Stephen Lance’s superb script) as an interlocking set of pieces, some of them quite cryptic when they initially flash by. There is The Writer being interviewed, presumably at some point beyond the story we are seeing. There are flashbacks to the teenage adventures of the two women. And there are glimpses of The Writer at work on her new book – talking to herself, running lines, imagining plot complications.

The cinephile in me perked up once I picked up this scent of a particular, little recognised tradition within thriller cinema: the “meta” narrative, in which we see a writer elaborating a fictional plot that may (or may not) also be simultaneously playing out in reality. The format has attracted gifted, baroque storytellers from Fritz Lang (House By the River, 1950) to Roman Polanski (Based on a True Story, 2017), not forgetting the vigorous B-film Best Seller (1987) starring James Woods and scripted by Larry Cohen.

What makes The Second such a good film, in short, also makes it hard to categorise – especially when it comes to awards time. Its best moments hark back to Alain Resnais’ Providence (1977), which similarly used the meta-fiction idea to up-end our accumulated assumptions about the characters and events depicted. And how many other Australian movies – trading under the art film label, or otherwise – have tempted you to draw that type of lofty comparison?

The Second was directed by Mairi Cameron, written by Stephen Lance, and produced by Leanne Tonkes and Lance. It was a Sense & Centsability and Dust Bunny Production released here by Mind Blowing World, run by John Molloy and Mitu Bhowmick Lange.

Leanne Tonkes was a key producer on My Mistress in 2014, which was directed and cowritten by Stephen Lance and Gerard Lee. Both are highly charged and conceptually engaged films suffused with sexuality.

In between, Leanne Tonkes produced the animated web series This is Desmondo Ray, created by Steve Baker with Evyn Williams as a contributing writer. They also worked on Dog with Electric Collar; both of these animations have done well on the awards circuit.

Shot in mid 2017, The Second was the first production supported by the Screen Queensland Originals Fully Funded Features initiative, which is a deal between SQ and Stan.

It had a very limited cinema release can now be streamed on Stan. Some reviews were cynical, but Variety and The Guardian understood its value.

Screenhub is left to wonder if this film is another casualty of Australian cine-puritanism. We only like our sex from the neck up.