Film review: Never Too Late is manic by the end

Never Too Late is packed with a popular local cast. The box office will be a litmus test for a familiar kind of comedy in a very traditional trope.
Anthony Morris 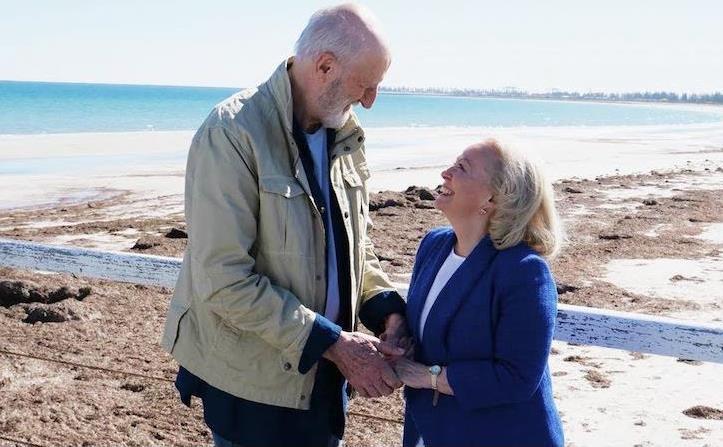 Has the escape movie’s time finally come? Once a mainstay of action cinema, it’s a genre that’s increasingly been left on the shelf as prisoner-of-war camps fade into the past and escapes from modern prisons seem increasingly unlikely. So Never Too Late’s fresh take – a once elite but now elderly team of escape artists have to bust out of their old folks home – just might open the door to a new generation of escape artists. But as this film shows, sometimes opening the door is the easy part.

During the Vietnam War, special forces soldier Jack Bronson (James Cromwell) led a crack unit called the Chain Breakers, famed for escaping from the notorious Hanoi Hilton POW camp. That was then: as he’s wheeled into the Hogan Hills retirement home now, he’s looking a little worse for wear. But no sooner is he admitted and safely in his new room that he drops the act. Well, part of it (he’s still old, after all). He’s once again a man on a mission – to be reunited with his wartime love, former military nurse Norma (Jackie Weaver).

There’s just one problem. No sooner has he snuck in than she’s shipped out, heading to a fancy facility where she’ll be given a new treatment for her Alzheimer’s. In a surprise twist that suggests either some deep character conflict or slightly shoddy scriptwork, Bronson discovers the other three members of the Chain Breakers (Dennis Waterman, Jack Thompson and Roy Billing) are also locked down with him. Do these old soldiers have one more breakout left in them?

They each have their own issues, from the dying Caine (Waterman) wanting to set sail one last time and Wendell (Billing) wanting to reconnect with his estranged son (Shane Jacobson) to Angus (Thompson), who unlike Norma has the comedy, pants-forgetting strain of Alzheimer’s, and who just wants to reclaim some of his Brownlow-level footballing glory.

What seems like the set-up for an amicable old codger comedy has a few sharp edges thanks to a script from Luke Preston that keeps the men’s Vietnam experiences front and centre. Their past is mined for comedy but the trauma isn’t completely glossed over, especially when Bronson motivates the others to escape with a dubious story about their former captor being in a nursing home across town.

Director Mark Lamprell (A Few Less Men) has a lot to juggle here, and this may have been more successful with less to chew. The ‘last chance for romance’ plot between Bronson and Norma is probably the most successful element, as it’s hard to go far wrong with two strong actors portraying decades of lost love (Weaver is especially good at balancing her character’s memory loss and yearning). It’s a nice touch that cinematographer Peter Falk stresses the connections between them visually while making it clear that Weaver is little over half Cromwell’s size.

Everyone else is left with a bundle of cliches and stereotypes to work with, some more egregious than others. The hard-nosed Dr Lin (Renee Lim), who runs Hogan Hills, is an almost cartoony cliché; Jacobson is yet again a decent Aussie bloke. The rest of the Chain Breakers do better, but they’re still largely underserved in a film that’s never quite able to settle on a tone – until things start to get manic and it becomes clear that throwing everything into the mix was the idea from the start.

It’s legitimately puzzling that a film with a cast this strong constantly overplays everything around them, all but smothering their characters in easy sentiment and heavy-handed soundtrack choices. They’re who we’ve come to see; they needed to escape into a better film.