Soaking in high production values, pop culture winks and easy nihilism, Joker is all tricks and no fun.
George Dunford 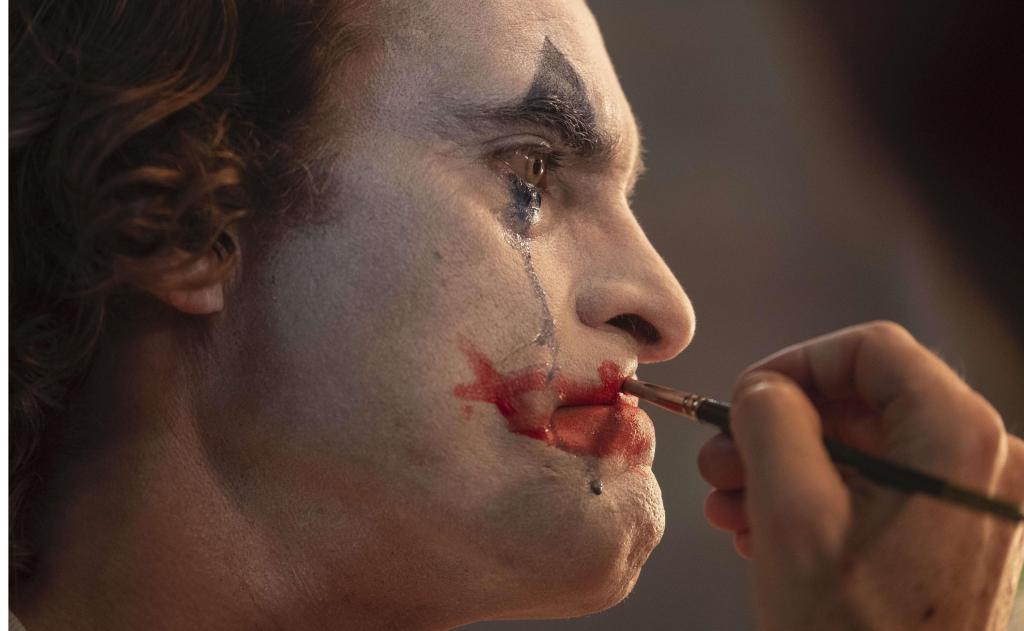 It’s a good thing director Todd Phillips believes there is no room for humour in our ‘too woke’ culture because all of Joker’s smiles are painted on. Phillips is a long way from his early comedic vehicles The Hangover or Road Trip, as he drives this DC Comics origin story into the ground.

It is a grim spectacle watching kicked-around Arthur Fleck turn into smirking nemesis from the comic Batman #1 but Phillips takes us through it blow by blow. Arthur Fleck (Joaquin Phoenix) lives with his mother (Frances Conroy) and suffers from uncontrollable laughter which makes it hard to hold down his day job as a clown. He idolises father figure, comedian and tonight show host Murray Franklin (Robert De Niro in a nod to The King of Comedy) while Thomas Wayne (Brett Cullen) jockeys for political office by branding Gotham City’s underclass clowns.

The plot is bulldozed towards Fleck so his change seems inevitable. How else to respond to a crazy world other than with violence and nihilism? Just as the Star Wars prequels had audiences checking their watches for three films for the hero to eventually pull on the Darth Vader helmet, so too Joker needs to really show you how much Arthur Fleck suffered to explain his metamorphosis.

But why tell this origin story of the Joker at all? Batman has long been the dark antihero pursuing vengeance for his parents’ murder with Joker as his mirror. The 1989 comic Arkham Asylum: A Serious House on a Serious Earth is premised on both antihero and anti-villain being held in the mental institution and recognising how close they are too each other.

Joker references the Arkham Asylum (both the building along with scenes from the comic), other Batman films (including the need to show us young Bruce Wayne) and the TV series along with a checklist of underdog films including Taxi Driver and Dog Day Afternoon. Homage ho hum as Joker doesn’t move beyond these influences and only really attaches a big character to them in the hope that the supervillain gets more depth. Gotham City has never been so close to New York so we get the associations of power-hungry Thomas Wayne as a Trumpesque privileged politician and Joker’s own supporters look like the Occupy Movement or Extinction Rebellion.

Phoenix is stunning in this performance. He relishes Fleck dancing with his mother, tipping into delusion and finally becoming the character that keeps him safest in the crazy world. But it’s a selfish performance as he swallow scenes, digesting De Niro as a supporting cartoon. Conroy (known as Ruth Fisher in Six Feet Under) barely gets enough screen time to be believable, never mind substantiate a plot twist. Phoenix drags his dances across the screen, always smoking and delivering slow soft dialogue – like John Wayne speaking with pauses in his speech to increase his screen time.

So much of the film doesn’t gel as it tries to link meaning through its influences. It’s not counter cultural in the way the films of the 1970s that it draws from were. It leaves us with the world on fire and a lunatic victorious which just may be Phillips’s nihilism and why filmmaker Michael Moore says Americans are ‘in greater danger if they don’t see this movie’. The most telling scene is when Phoenix completes the transformation – donning the garish suit and face paint – then dances to convicted paedophile Gary Glitter’s ‘Rock and Roll Part II’ on stairs so steep they belong in The Exorcist. It is several cultural artefacts hoping their association creates meaning.