Film Review: Dirt Music has a sense of disconnection 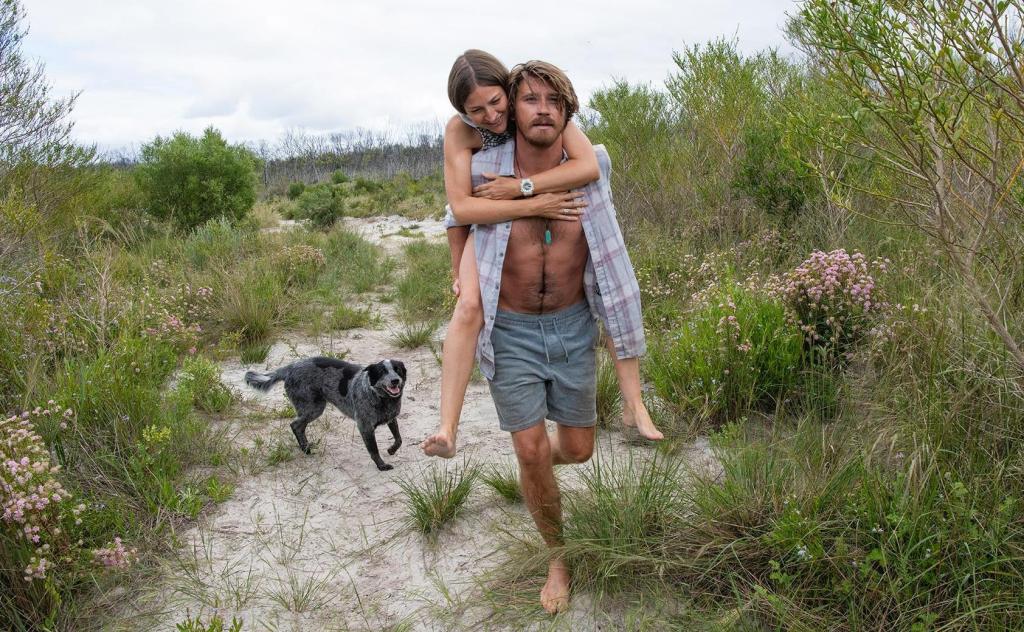 Two Australian films vying for local eyeballs this week have faced the same dilemma, but handle it in different ways. In low-budget horror movie Bloody Hell, courting more than just an Aussie audience involves setting the Gold Coast-shot feature in the US and Finland, and tasking its homegrown cast with adopting the corresponding accents. Dirt Music, the long-awaited, visibly far more expensive adaptation of Tim Winton’s Miles Franklin Award-winning, Booker Prize-shortlisted 2001 novel, opts for the opposite approach. It was also made locally — in Western Australia, where it’s set, as the film wastes no on-screen chance to remind viewers — but it has enlisted Scottish Trainspotting and Boardwalk Empire star Kelly Macdonald and American Mudbound and TRON: Legacy actor Garrett Hedlund to sport an Australian drawl as its protagonists.

In Dirt Music’s case, striving for an international audience via casting has already earned the intended result. The film premiered over a year ago at the Toronto International Film Festival, then played the Glasgow Film Festival in February. It also released in the US via VOD before it debuted locally — which it did at Cinefestoz in August, before now reaching the country’s cinemas in general release. But there’s a sense of disconnection about Dirt Music. There’s supposed to be disconnection, thematically, in its narrative about two unhappy WA residents potentially finding meaning in each other’s arms after weathering their own traumas and miseries; however it also comes through via its imported leads. Winton writes inherently, overtly, lyrically Australian stories, and both director Gregor Jordan and screenwriter Jack Thorne are eager to ensure that quality shines as heartily as possible. And yet, even if dictated by funding, that aim and sensation is undercut by not trusting local actors rather than well-known overseas names to lead the film.

Occasionally wavering accents aside, Macdonald and Hedlund turn in fine-enough performances as troubled lovers Georgie Jutland and Lu Fox. They first meet when, while taking a pre-dawn ocean skinny dip, the former spies the latter poaching crayfish in turf controlled by her de facto spouse and local fishing heavyweight, Jim Buckridge (David Wenham). Georgie promises to keep Lu’s early-morning activities to herself and, after they cross paths again when she’s endeavouring to escape for a few days away, the duo quickly has other secrets between them. ‘I’m not a very loyal fishwife,’ she tells him, and also shows him. After a passionate tussle between the sheets in a Perth hotel, they’re drawn to each other, finding comfort they’re unable to experience elsewhere.

Jordan and cinematographer Sam Chiplin quickly demonstrate just how lovingly the film eyes its WA location. Where Chaplin’s latest big-screen gig, 2021 release Penguin Bloom, intersperses personal dramas with scenic coastal shots, Dirt Music frequently seems it would rather be looking at the landscape than the characters. That’s evident from the outset, as is the narrative’s direction, even for those unfamiliar with the book. In Thorne’s latest screenplay in what’s been a busy few years — with The Secret Garden and Enola Holmes also to his name, plus TV’s The Eddy and His Dark Materials — he swiftly establishes the central melodramatic dynamic. Ex-nurse Georgie is caring and strong-willed but stifled, and isn’t considered a local because she hails from the big city. Former musician Lu bears the wrong family name around these parts, and is saddled with so much guilt and grief over a tragedy teased out in flashbacks that he sulks about like a moody breeze. Naturally, if they’re ever going to overcome their pained, broken states to taste happiness, then jealous and volatile widower Jim stands in their way.

Also a stumbling block for the characters, as well as an excuse for Chiplin to rove his lens over a wider array of eye-catching sights: Lu’s decision to flee north after being on the receiving end of a violent incident. Here, as plains of red sand along the Kimberley and Dampier Peninsula give way to the craggy but picturesque Coronation Islands, Dirt Music’s reliance upon oh-so-many landscape shots evokes a feeling of disconnection, too. The photography is postcard-perfect, but even as the story picks up a survivalist Into the Wild-esque thread, all that stunning imagery tells viewers little about the film’s characters. Given that the audience knows that Georgie and Lu are lost, lonely and trying to flee tough situations from the get-go — because it’s presented as their key defining trait in a film short on character depth — all that wandering against expansive backdrops in the name of yearning, soul-searching and love simply begins to feel repetitive.

Dirt Music isn’t the Aussie first film to deploy overseas stars and make heavy use of the nation’s striking countryside — no matter how often it pops up here, and how familiar its sun-drenched, warm-hued, magic hour sights are, it is undeniably striking — and it won’t be the last. But where The True History of the Kelly Gang did both so commandingly earlier this year, to name just one example, this attempt proves a thoroughly by-the-numbers romantic drama. Directing his first homegrown feature since his own Ned Kelly back in 2003, Jordan’s latest is marked by its overuse: of its backdrop; of material that feels thin, soapy and clichéd rather than moving, compelling or complicated; of its Julia Stone-heavy folksy soundtrack; and even of local faces as largely background fodder (Wenham, channelling his inner Ben Mendelsohn, gets the meatiest supporting part, while everyone from Aaron Pedersen and Dan Wyllie to Chris Haywood also pop up).

Indulging in a stint of fantasy casting while watching a movie is never a good sign but, thanks to Jordan’s involvement, Dirt Music inspires that response. It’s easy to wonder what a different version might’ve looked like in his hands shortly after the book first hit shelves, potentially starring his Two Hands’ leads Heath Ledger and Rose Byrne. That potential casting isn’t just a fanciful wish, either. It has taken the better part of two decades and multiple tries to get Dirt Music to screens, and Ledger was once attached before his death, but we’ll sadly have to just imagine how that might’ve turned out instead.