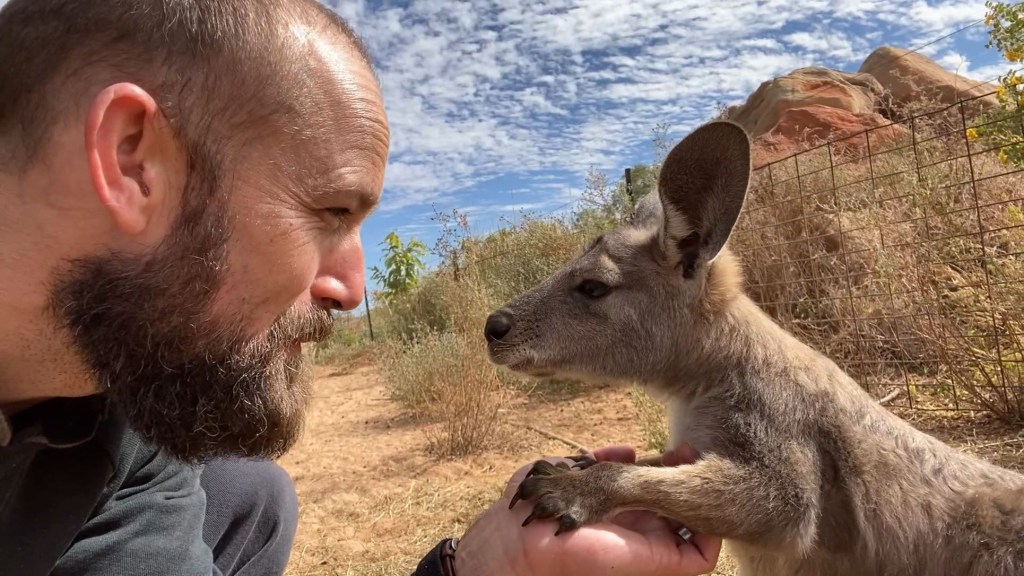 Over the last decade or so, Craig Reucassel has pivoted from being part of comedy team The Chaser to being the face of the ABC’s activist reality programming. He’s behind the camera on Big Deal; Christiaan Van Vuuren, best known as one half of the Bondi Hipsters, is the presenter and writer here. But it retains much of the tone and elements of Reucassel’s ABC work, taking on a social issue earnestly while featuring just enough gestures towards comedy – this features a total of one, very mild prank involving a large novelty check – to keep it from becoming a dry stack of facts.

Motivated by a concern that Australia might be following the USA down a path of divided politics, Van Vuuren heads to Canberra to find out just how much influence donations have on our politics. The answer is worse than he expected, and the more he digs, the swampier the ground becomes. A string of interviews with journalists, experts, lobbyists, and former politicians – including a very animated Sam Dastyari and an exceedingly chill Malcolm Turnbull – rapidly paints a bleak picture of a system hurtling down a path to disaster, with shadowy corporations, the gun lobby and Clive Palmer happy to push it along.

A big strength of Big Deal is the way it doesn’t present corporate donations to politicians as a bad thing in and of themselves (though they are that). It works through all the ramifications of having this money sloshing around our system, from the imbalances it creates – constituents wait for months to get an appointment to see their local member, while big donors can get a meeting within a day – to the way it fosters a view that the system’s rigged, nothing matters, and we might as well be cynically dismissive about the whole thing. (Spoiler: that’s just how the corporations want you to think!)

Reucassel’s approach as a director is more informative than flashy. The memorable visuals here are largely confined to illustrating points about donations and access. Van Vuuren’s kids stack up blocks to represent mining donations to federal Liberal and Labor; at one point a calendar showing a string of meetings between gas company lobbyists and Queensland politicians including donation dates is superimposed on a mining company skyscraper. But mostly the storytelling is straightforward, with Van Vuuren providing most of the emotional impact.

Comedians being serious can sometimes backfire, but Van Vuuren comes across as someone genuinely worried about what he’s uncovering. Being a father explains some of it; more interestingly, a six month stretch in quarantine recovering from a rare form of TB has given him an appreciation of Australia’s health system that underlines a lot of his ‘don’t become like America’ concerns.

You might not want to play a drinking game where you take a shot every time this cuts to him looking appalled at yet another grim revelation about How Things Are, but at one stage he all but breaks down in tears over what he’s uncovered and it’s an authentically moving moment. Which you might not expect to find in a documentary that’s largely about mining companies buying access to politicians.

It’s not all doom and gloom thankfully, as the final half-hour explores the ways small communities are finding to fight back, whether it’s through community action groups or electing independent members of parliament. It’s an important corrective to what at times can be a fairly despairing story, again following Reucassel’s ABC model: the situation might be grim, but there are still things we all can do.

Some documentaries succeed on the strength of their visuals or the power of their storytelling. Big Deal isn’t one of those, even if it does end with a catchy song by Van Vuuren summing up the message. It’s a largely straightforward, easy-to-follow look at the corrosive effect political donations are having on the Australian political system. The sums being bandied around may not be massive – years of corporate access can be bought for the price of a house in a capital city – but the rot is all-pervading. It’s a blunt call to action, and it’s one worth heeding.