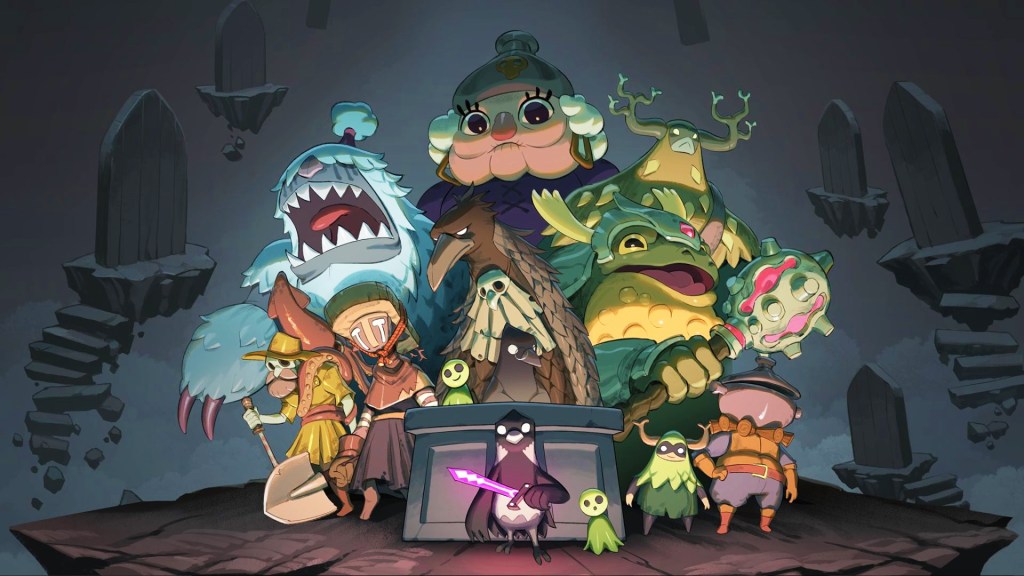 ‘Can you imagine living a life knowing the exact day you were going to die?’ asks a character before the final confrontation of Death’s Door. It’s a question with an obvious answer; you’d probably go quite mad, or, in a world as magical and fantastical as Death’s Door, you might break the very rules of reality in an attempt to escape from your own ever-approaching expiry date.

Death’s Door is constructed as something between a Dark Souls-like and a classic 2D Legend of Zelda game. Both concepts are far from uncommon, but Death’s Door rises above its appearance as a standard, if beautiful, isometric hack and slash game. It cares just as much about its thematically engaging narrative as it does its combat, puzzles, and exploration, and the story that’s woven throughout its nine-odd hour runtime is one of the game’s unexpected highlights.

Playing as an unnamed Crow, you are but one of an indeterminate army of office-bound feathered reapers tasked with collecting the souls of the dead to be ferried off to the great yonder, using a network of mysterious doors to zip around to any and every part of the living world.

It’s on an otherwise routine soul collection that you’re betrayed – tricked by an older, more mysterious crow into helping him open the titular death’s door by hunting down and reaping three giant souls, beings that have somehow managed to continue living far beyond any natural life. It’s during this quest that Death’s Door posits that the act of someone shuffling off the mortal coil, or refusing to, is a moral choice that sends ripples throughout the entire world. The game puts the philosophical act of living forever under a microscope, analysing the ways that the hoarding of a resource – in this case, one’s own finite minutes on the mortal plain – corrupts, betrays and makes complicit a world that’s been bent to benefit a happy few, while conceding that a little humanity sits at the heart of every sin.

It’s this dramatic rub that makes Death’s Door a more thematically interesting game than you’d rightly expect from the jump. With the allure of the next beat in its charismatic narrative tugging you along just as much as the idea of seeing its next eye-wateringly gorgeous environment.

‘Maybe a few more rooms, just to see what’s around the corner’, I caught myself thinking late into many evenings, and the effort was almost always worth it. Dank, flooded cathedrals; light dappled across verdant forest floors; windblown, snow sprinkled watchtowers jutting out of mountainsides; an endless expanse of doorways, floating in an abyss. Death’s Door rejects the grim expectations set by its title with its vibrant environments, playing wonderfully with light, depth, shadow and perspective in equally effective measure. Musically, the game is simply a treat, filled with harmonium, finger-plucked strings, oboes and flutes.

Structurally there are nods to series such as Dark Souls; as much as Death’s Door plays as a linear action-adventure, it’s also a world thick with dungeons that loop back in on themselves, bonfire-esque doorways that allow you to rest and upgrade, and a combat system that will punish a player that doesn’t consider their next move. There are Zelda-style secrets scattered throughout every space too. Walls with cracks across their surface look at you and wink suggestively; duck behind an obscured corner and the entire world will shift perspective, showing an otherwise hidden ladder or doorway. There’s even a moment where a series of riddles will force you to study your surroundings a little more intently.

Along your journey, you’ll gain skills that expand your options in both exploration and combat; a bow and arrow, a fireball spell. It’s never anything fancy, but the satisfying, punchy combat of Death’s Door rests in its simplicity. You’ve got basic and strong attacks, a roll, and whatever long-distance spell you’ve got selected at the time. Magic attacks use one of four total charges which are regained by striking an enemy or destructible object, meaning you can’t always play it safe.

Developer Acid Nerve cut their teeth on the protracted boss rush Titan Souls, which boiled down its big encounters down to a simple binary proposition; you’ve got one arrow, one health, but you’ve only got to hit the damned things in the right place once. Boss encounters in Death’s Door are much more reminiscent of the Zelda mould, serving as a testing ground for whatever new item you most recently found conveniently discarded in their dungeon. Death’s Door lacks the uncompromising, white knuckle quality of Titan Souls’ best moments, but they make up for it with character and dramatic flourish, especially in the game’s closing hours.

From the distinct, sprawling domains of your three primary marks, to the adorably avian way your crow tilts and juts their head around, the game never misses a moment to delight you with some new wonder, and just when you think it’s run out of surprises; whether it’s a new tune, a beautiful vignette, or a quiet moment of empathy, it’s always got something else tucked underneath its wing.

A copy of Deaths’ Door was provided by the publisher for the purposes of this review.