Adrian Martin takes us into the cinematic joys and fumbles of Burning, and its icy cumulative drama created by ambiguity and unnerving doubt.
Adrian Martin
[This is archived content and may not display in the originally intended format.] 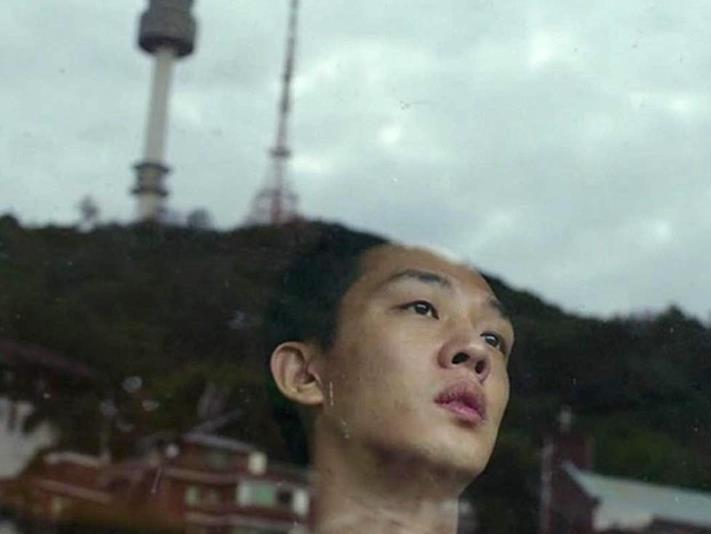 For its first hour (out of a total of two and a half hours), Burning is intriguing but ordinary. We observe the daily activities of an affectless young man, Jong-su (Yoo Ah-in). He looks for odd jobs (without much conviction), talks about being a writer (without any productivity), and eventually wanders into an ambiguous relationship with an old school chum, Hae-mi (Jeon Jong-seo) – ambiguous because, even though they spend time together, clearly enjoy each other’s company, and have sex, neither of them seems terribly committed to the project of couple-dom.

When Hae-mi suddenly takes off on a trip to Africa and returns with a surprise new boyfriend, the slick ‘Korean Gatsby’ Ben (Steven Yuen), Jong-su is still more bewildered, and even a little jealous in the old-fashioned way.

So far, it seems like a fairly mundane tale of cool, alienated young-adulthood, in the vein of Less Than Zero or a hundred other novels and movies. But – as often happens in the films of director Lee Chang-dong (like his previous one from 2010, Poetry) – there comes a mysterious moment when the scattered threads of the plot begin to tie together, and the film suddenly moves up to a higher level of intensity. This occurs in Burning when Hae-mi, as the sun sets, dances naked in the outdoors – not for the gaze of the two guys caught up in her enigmatic life but, in some sad way, for herself. I couldn’t help but recall Leonard Cohen’s lyric: ‘Your body lost to you yourself / Just as it was lost to them’.

Something is going on under the surface here. This something will never be entirely clarified, but it will be expressed in, and explored through, various nagging, narrative questions. Where does Hae-mi disappear to after this scene? Does the cat that she asks Jong-su to feed in her absence really exist? (Maybe we see it, and maybe we don’t.) What’s Ben doing driving around the remote farming district where Jong-su has reluctantly moved to look after the home of his currently imprisoned father? And – above all – what’s this fantastic tale that Ben spins, during a teasing confession to Jong-su, about the lawless pleasure he takes in burning down abandoned greenhouses?

Up to the subtle turning point of Hae-mi’s naked dance, much of the detail in the film is closely adapted (while being cleverly transposed from the Japanese to the Korean social context) from a 1983 short story by Haruki Murakami, ‘Barn Burning’. That text, too, is all about a lack of feeling and the uncertainty of anything really happening in the contemporary world. But, on the basis of that sketch, Lee and co-writer Oh Jung-mi spin a complex, dreamlike web of incidents and details that reflect and echo one another in an increasingly disquieting way. The plot doesn’t so much move forward as circle back on itself, over and over, recalling seemingly innocent or banal things we have already absorbed, but giving them now a menacing or weirdly lyrical twist.

Nothing is really peripheral in Burning. For instance, we glimpse Jong-su’s father, abjectly failing to defend himself in a courtroom, only twice in passing. Yet what we hear about him – that he has a problem with pent-up rage, and that, when his wife left him years ago, he forced young Jong-su to burn all her things – connects, poetically, with much that is happening between our three central characters. Likewise, Burning is full of modest performance-demonstrations (such as Hae-mi’s ability to mime the eating of non-existent fruit), cryptic references (was Hae-mi once rescued from down a well by Jong-su?) and lightly philosophical musings (on the difference between bodily ‘little hunger’ and spiritual ‘great hunger’) that, on reflection, can turn into either keys to a mystery, or allegories of the film’s deepest themes.

Lee has had a fascinating career, and not only as a filmmaker – he was South Korea’s Minister of Culture in 2003-2004 (he likes to proclaim: ‘Now I’m a free man!’). These days, he is a hyper-articulate director who can put his films into words better than most critical commentators can. He described Burning to Cahiers du cinéma magazine as being about the question of ‘what is visible and what is invisible’, which for him inevitably leads to the issue of ‘what is true and what is false’. Referring to his careful use of light – scenes were often staged and shot quickly to take advantage of natural light conditions in the many exteriors – he explains that the wavering or fading illumination of dawn and dusk allows him to explore the perpetual ‘fine line’ between ‘reality and unreality, the abstract and the figurative’. He adds that, for him, all these concepts are ‘naturally a question of cinema’, that art which is ‘projected on a screen, perceived as something real, but at the same time it’s nothing – nothing other than light on a white surface’.

Burning is a well-crafted film. With Lee, the cinematic style specific to each of his movies is always tied closely to its central concerns. In Burning, this relates not only to the use of light, but also the ways in which he frames even the simplest actions in order to create a ‘cloud’ of the not-quite-visible – like, at the very start, Jong-su puffing on his cigarette while he’s hidden behind a white wall, or carrying objects in such a way that we can’t see his face or read his expressions.

Particularly impressive is Lee’s casting and direction of actors, blending into an ensemble a well-known figure in Korean media (Yoo), a total newcomer (Jeon), and an expatriate who works in the USA on The Walking Dead (Yeun). Yet there is occasionally something a little too ‘academic’ – in the sense of being too pre-planned, over-conceptualised – in Lee’s elaborate, multi-layered constructions. Here, he also sets himself the especially difficult task of making what he defines as a ‘mystery film without thrills’, without the usual mounting tension (and satisfying resolution) of a genre piece.

This is by no means a new approach – Michelangelo Antonioni was probably the first to successfully distend an ‘art film murder mystery’ in Blow-Up (1966), and Roman Polanski tried his hand at the form in his little-seen Based on a True Story (2017). When Lee sprinkles a few hints that some (but which parts, exactly?) of what we witness in Burning may even be the fiction that Jong-su is writing (either on his laptop or purely in his head), we might also be reminded of a recent Australian film, Mairi Cameron’s The Second.

For Lee, the appeal of such a method is its dual perspective of involvement and detachment: we get immersed as spectators, but then we get politely pushed out of the flow of events, so that we can better contemplate all the inherent ambiguities and mysteries so artfully laid out for us at diverse levels of the film. For all his talk of locating the ‘correct rhythm’ for the type of story he wants to tell, it seems to me that Lee fumbles the ball somewhat in his effort to sustain Burning for its entire running time. Still, there aren’t many films that give you as much to kick around in your mind afterwards as this one.