MIFF Film Review: Ablaze reframes our artistic past with affection and passion 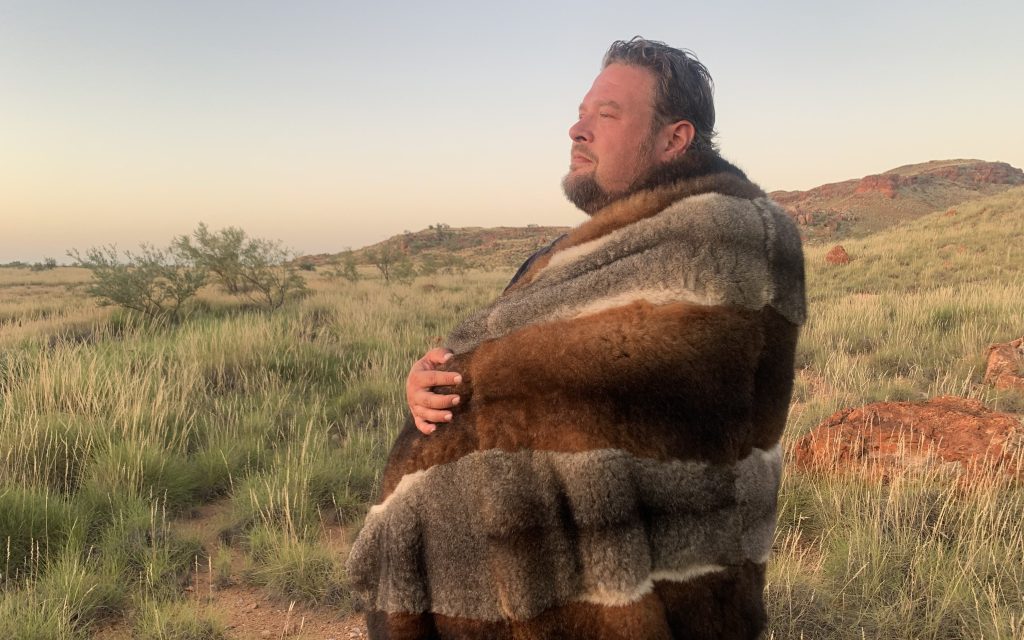 The history of Australian cinema is overwhelmingly centred around white filmmakers. This is a fact so obvious that the new documentary Ablaze doesn’t even find much need to mention it. It’s a smart film in that regard, with no time to waste on the monochrome landmarks of our film history that have already been well and truly covered elsewhere.

But it is important to note here because, in a critical sense, the unavoidable whiteness of our screen culture is what gives Alec Morgan (Hunt Angels, Lousy Little Sixpence) and Tiriki Onus’ film its most interesting dramatic frictions. And also, it must be said, probably what makes it much easier to forgive its cinematic limitations.

Ablaze is receiving its World Premiere at the unfortunately truncated 69th Melbourne International Film Festival, screening via the festival’s digital MIFF Play portal. It’s a shame that audiences won’t get to see the film on a big screen, if only for the chance to witness its extraordinary and relatively unseen archival footage projected large to an audience as it had originally been intended in the 1940s. But Morgan and Onus have ultimately made a film of modest charm that will likely play best to viewers on ABC, SBS or NITV after a likely limited theatrical release by Umbrella Entertainment.

Ablaze begins rather appropriately with the National Film and Sound Archive (NFSA) where co-director Morgan is alerted to a newly located mystery film print that is believed to have been filmed by civil rights icon (and debut co-director Tiriki’s grandfather) William ‘Bill’ Onus. This fascinating find is then coupled with Tiriki’s own parallel discovery of his grandfather’s monogrammed suitcase full of old photographs. Alongside one of Walt Disney (which will eventually make sense), Tiriki is struck most clearly by one in which three young Aboriginal boys, painted in striking face and body make up, look in awe at a hand-cranked 35mm film camera.

The same boys from the photograph were also in the film and so logic suggests that Bill (as he was most commonly known as) was potentially Australia’s first-ever Aboriginal film director. Morgan and Onus—a Yorta Yorta and Dja Dja Wurrung man who is a respected bass baritone and opera singer—decided to collaborate on Ablaze to fulfil Bill’s wish of bringing his vision to viewers across Australia.

As well as a story of untold cinematic history, Ablaze acts as a traditional bio-doc of Bill Onus. Born in 1906 on the Cummeragunja reserve near the Murray River, a Wiradjuri and Yorta Yorta man, he would eventually go on to play a significant role in bringing the plight of Australia’s Indigenous population to relative mainstream attention (however unwilling they may have been to hear it from actual Indigenous people). Significantly, this included the 1967 constitution referendum vote and the outback atomic bomb tests at Woomera and Maralinga (as detailed in Larissa Behrendt’s 2020 documentary Maralinga Tjarutja).

Earlier than this, however, before the nightly news would run stories about Aboriginal injustice, Onus decided to use the power of cinema to tell them. He worked on Charles Chauvel’s Uncivilised in 1937, a painfully racist story. He also worked on Harry Watt’s The Overlanders, an Ealing Studios production from 1946 starring Chips Rafferty. Uncivilised in particular, with its Tarzan-like jungle-set story full of racist savagery stereotypes, would become an unfortunately common theme in Australian art of the time.

For example, as seen in the shocking footage from a stage production of ‘Corroboree’, we watch white dancers and performing wearing hand-stitched rubber latex bodysuits. Appropriated content for the wealthy masses, but also critically acclaimed and even revived for a travelling Queen Elizabeth (with brief additional footage shown, this time in colour). This sort of stuff is what Ablaze does best, utilising its incredible archival footage to fill in our historical blindspots and to redress the gaps of the Australian artistic industry’s shameful and largely un-interrogated past.

The roughly nine minutes of film from the NFSA print does just this, with editor Tony Steven elegantly reusing, repurposing and reframing the footage throughout. It is a privilege to be able to see a segment of ‘White Justice’, Onus’ theatrical collaboration between the Aboriginal Advancement League (AAL) and Melbourne’s New Theatre. It was inspired by a 1946 Pilbara strike and was filmed for posterity, but an anticipated theatrical release never came to pass.

The NFSA print also features footage of the AAL’s footy team being led onto the field, Bill painting some male dancers with white body paint, and Bill himself throwing a boomerang. This last image provides Ablaze with one of its great recurring moments as the film’s talking heads (including Jack Charles) all watch in awe like proud children as this towering icon shows off his talents for the camera.

Before even Essie Coffey (alongside co-director Martha Ansara) brought My Survival as an Aborigine to screens in 1978, Bill Onus was attempting to use film to shine a spotlight on the unjust treatment of his brothers and sisters using. If it had been allowed to see the light of day, it would have been a propulsive and important moment in Australian cinema.

Ablaze is full of entertaining stories like Bill’s efforts to run a confronting float through the inaugural Moomba parade. Or how Bill created a real corroboree show with vaudeville and cabaret in ‘Out of a Dark’ that was staged at the Princess Theatre at the fancy, chic end of Melbourne’s CBD. Throughout these passages, Morgan and Onus use photography, stock video from the era, plus colourful animation by Juliet Miranda Rowe to fill in the blanks of what we have no historical record of.

It’s this sort of stuff that will always make a film like Ablaze worthwhile, even if the final product is perhaps not as sweeping as I would have liked—far too much narration from Tiriki, for one thing, although Jen Anderson’s musical score offers rhythmic power. Entire films could be made from the segues and tangents featured within. Stories like the regional visit by Oscar-winner Harry Belafonte, or Paul Leroy Robeson’s TV activism inspired by an airing of a film showing the effects of nuclear testing. Meanwhile, mention of musicians Harold Blair and Torres Strait’s Georgia Leigh begs the question of why they have been ignored by filmmakers for decades.

Producer Tom Zubrycki (Molly & Mobarak, The Diplomat) has made a career out of this sort of no-fuss non-fiction film. Ablaze won’t have the effect in 2021 that William Onus’ film would have had in 1946, but it’s an important artefact shown here with affection and obvious passion. Maybe best of all, it’s a strong case for digging deeper into our national archives and letting the world see the many wonders it holds.

Available to rent on MIFF Play from August 20.