Why feminists should pay attention to Men’s Rights Activists

Men's Rights activists claim feminists have too much power. Censoring them feeds into the anger and hate.
Emma Clark Gratton
[This is archived content and may not display in the originally intended format.] 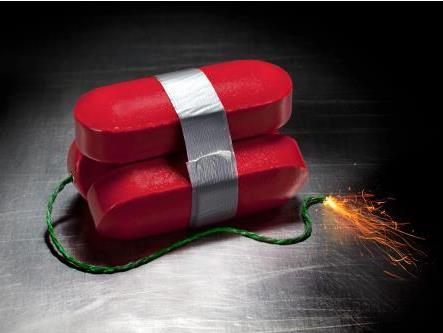 On this International Women’s Day, with a misogynist Cheezel in the White House and a federal Minister for Women who refuses to call herself a feminist, it is now, more than ever, that we need to hear women’s voices.

The Red Pill film, a film iabout the  so-called men’s rights movement,  had the support of conservatives and right-wingers, from writer Bettina Arndt to disgraced bad boy Milo Yiannopoulos.  During the controversy over its cancelled screening in Melbourne in October 2016, I wrote the article below, exploring issues which apply equally to the on-going encounter of women with the men’s rights movement.

Censorship never works: without the ban, the film would have received zero media coverage and faded away with a whimper. Instead, it got a ton of publicity and a greater audience.

When this article was published a few months ago, I received hundreds of comments, emails and social media messages criticising my opinions, my writing and even my parenting. I expected some backlash – any woman writing online about feminism expects criticism – and I am fully aware that the messages I received were nothing like the vile threats that some other feminist writers cop on a daily basis. It seems we still have a long way to go before women can broadcast their opinions without a hostile response.

The comments came from men’s rights activists, who took it upon themselves to criticise my writing, invalidate my opinions and express their concern over my sons who, due to being raised by a feminist mother, will grow up emasculated and ‘emotionally castrated.’ Respectful criticism and robust debate is welcomed and expected, but the deluge of comments, emails and messages were meant to do one thing: silence a woman speaking her mind.

And that is why we need to hear women’s voices, sharing women’s stories: through art, writing and performance.

I am a feminist, and I would like to see The Red Pill.

A screening of the pro-men’s rights film was cancelled in Melbourne after 2300 angry people signed an online petition. The screening was to be hosted by Men’s Rights Melbourne, a group which describes itself as the‘only human rights advocacy group focusing on the grossly overlooked needs of Australian men and boys’. The group is now calling for donations to assist in screening at another venue.

The Red Pill is a feature-length documentary film by US filmmaker Cassie Jaye. It chronicles her journey from identifying as a feminist to supporting the men’s rights movement’s contention that men are now the oppressed gender and women have too much power.

I doubt that I will agree with much (or any) of the content. I don’t agree with men’s rights activist Paul Elam, one of the main subjects of the film, a man who wrote in his blog  that ,”There are a lot of women who get pummeled and pumped because they are stupid (and often arrogant) enough to walk though life with the equivalent of a I’M A STUPID, CONNIVING BITCH – PLEASE RAPE ME neon sign glowing above their empty little narcissistic heads”.’

I also don’t agree that an interviewer who fails to call out Men’s Rights Activists on the vile way they speak about women is doing her job. That’s Jaye’s modus operandi, according to Village Voice critic Alan Schertel, one of the few reviewers who has seen the film.  ‘Jaye acknowledges in the opening and closing minutes that MRAs sometimes spew nasty garbage online, but she never presses them on this in her many interviews. Instead, she lets them moan about how hard it is to be a dude in 2016, endorsing their anecdotal complaints about unfair family courts, incidents of men being tricked into being fathers… the author of the men’s troubles here is always that vague bugaboo feminism, which we’re told is designed to silence its opponents.’

I am suspicious of the ethical framework for funding this supposed documentary. The Red Pill is pitched as a “balanced look” at the MRA movement. Like many film projects, funded by a Kickstarter campaign, one that raised $211,260. But since The Red Pill’s release, it has emerged that many of the film’s Kickstarter supporters are members of the MRA community, and it was also supported by the conservative news outlet Breitbart. I question the ethics of any claim to objectivity in what is clearly an ideological promotional film.

I don’t agree with the way that men’s rights groups use concerns over male mental health as an excuse for their anti-women agenda.  Certainly male mental health is a huge concern in this country. I have two young sons, and the stats on male suicide are terrifying: men are three times more likely than women to commit suicide. The suicide rate is the highest it has been in ten years, with one person ending their life every three hours. Suicide causes more deaths than breast cancer, skin cancer and road accidents: all causes which receive huge amount of funding and awareness campaigns.

There is no doubt that we need to have a national conversation about how the stereotypical masculine Aussie bloke – dry-eyed and unemotional – is not a healthy model of manhood. But this culture of hyper-masculinity is not the fault of the feminists; if anything, it is a symptom of a patriarchy which favours traditional gender roles at the expense of the nuances of humanity.

I also don’t agree with the ultra-conservative agendas of Donald Trump, Pauline Hanson and Nigel Farage: political ideologies which threaten equality, diversity and prosperity and lack compassion and humanity.

But, while almost everything The Red Pill stands for, is diametrically opposed to what I believe, I am sorry the screening has been cancelled.

Technically this is not censorship – Palace is entitled to rent their cinemas to whomever they like and to make a commercial decision that they don’t wish to upset many patrons is valid.  But in practice it feels like censorship: it is limiting people’s ability to see and judge for themselves the validity of the film’s arguments.

And – most of the time – I don’t agree with censorship. I believe in free speech, not hate speech so there are times when I believe it is valid to censor speech if the damage done by incitement to violence, for example, outweighs the value of an open discussion.

But censorship is traditionally the tool of those who want to limit conversation, of ultra-conservatives and oppressors. If we endorse censorship against ideas we dislike, we open the door to censorship of many other things that need to be said.

We also create a world where the role of artists and journalists as truth-tellers is greatly proscribed.

Censorship limits discourse and damages our ability to have healthy discussions. It drives underground difficult and unpleasant ideas, where they frequently fester, fed by a sense of resentment against the restriction that is often more powerful and damaging than the initial idea.

This is particularly so in the case of the men’s rights movement, which contends women have too much power and men are the oppressed sex.

We need conversation and debate so that we can understand opposing ideologies and heal the divides within our society. We need to listen to the Trump supporters, the One Nation voters and the millions of nervous Brits who voted to leave the EU. We even need to listen to angry, women-hating men so we can find out what is driving them and raise sons with kinder, more open hearts.