We analyse the quarterly and annual results of the biggest screen media production companies, and speculate on the motives of the suits who own the suits who run the studios.
David Tiley 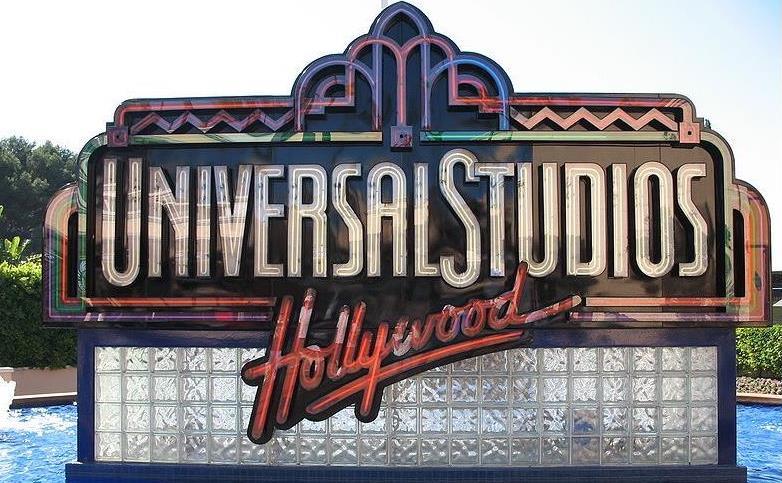 There is nothing new in Hollywood studios buying and absorbing and spitting each other out. But the club has always been unified under the Motion Picture Association of America (MPA), originally set up to move industry power from the suits in New York to the producers in California. They quickly discovered a winning formula – hire political insiders as leaders, keep the major Christian churches on side, and attack local industries around the world.

But the original moguls did fail in that earliest objective. It is not possible to keep the suits out because film is capital intensive and the battles against television, VHS and DVDs force the big screen makers into higher and higher budgets.

The new merges and acquisitions deals are different from previous eras when equity funds and venture capitalists bought, pumped up and sold out. Provoked by the rise of streaming, we are seeing really complicated deals driven by synergy and fit, often with companies that don’t understand media.

The sector watches the tribal clashes between bands of lawyers and bankers with one simple question – what happens to production opportunities?

Endeavour broke cover in the last few days to talk about production demand. Endeavour owns both the William Morris Agency (WME) with International Management Group (IMG), another behemoth which has taken the idea of talent management far behind the screen sector and built an events company as well. Also on the list is martial arts company Ultimate Fighting Championship (UFC).

The agencies have a key perspective because they basically rent the talent to productions and pump up budgets as far as they can go. According to Deadline, Endeavour CEO Ari Emanuel stated that: ‘Our position in the ecosystem favours long-term growth and the investments will continue … There’s a finite number of creators and intellectual property to meet the demand, therefore increasing the value. … Prices are going up in every situation.’

Altogether, the industry spent $121 billion on content, with the studios (including Netflix) accounting for $81 billion or 71%.

The company had a shocking 2020 as Covid ruined public entertainment, when it lost $5.3 million, but it has recovered to go into the black by all of $2.4 million. As Emanuel said, ‘As we emerge from the pandemic, we are witnessing strong demand for all forms of content.’That is not a secret – ask any crew which is currently in an Australian studio – but he does see the trend continuing, at least for five years as the studios support what he calls ‘legacy content’. Which is code for linear television and cinema exhibition.

Here is a remark from Deadline which reflects the streaming companies hard line on residual rights: ‘The Warner/HBO Max move and other smaller ones have resulted in dozens of settlements with profit participants as studios trade box office dollars for streaming subscribers.’ That is not necessarily good.

Because these companies are at least nominally public, they are obliged to report their quarterly and annual results so there is a lot of data available. So we can compare the size of the studios, who really controls them, and the strength of their owners. After all, the are key to the Australian industry’s future.

Altogether, Variety claims that the industry spent $121 billion on content, with the studios (including Netflix) accounting for $81 billion or 71%. These numbers do not include independent production.

It is hard to track revenue at the moment because of Covid, while reorganisations inside Disney and the AT&T owned Warner Discovery combination add another layer of chaos. The last stable production year was 2019. so we will base our comparison on that year’s production. Here they are in order.

Now incorporating 20th Century Fox, Disney is 2/3 owned by large financial institutions. Total assets are around $200 billion [all figures in US$], with revenue of $65 billion. The major individual shareholders are Robert Iger, Christine McCarthy and Alan Braverman, who are all long-term internal leaders and now CEO, CFO and senior executive VP, owning 0.08% of the shares between them.

The biggest institutional shareholders are mutual funds Vanguard Group, Blackrock Inc and State Street Corp, who control a further 18% and together control assets worth over $15 trillion. (All figures in US$).

Universal is owned by NBCUniversal, which is in turn owned by Comcast, a US telecommunications conglomerate involved in cable, telephones, the internet, broadcasting and film production. It is a public company, with a total equity of around $72 billion and annual revenue of around  $100 billion. However, the current CEO and chair is Brian Roberts, son of the founder and owner of 1% of the shares, is effectively in control because he owns 1/3 of the voting shares. And the net generation is involved in the company so he is effectively the telecommunications version of Rupert Murdoch.

Netflix is publicly owned, with a revenue of around $25 billion, total equity of $11 billion and total assets of $40 billion. It passed the 200 million member mark late last year, which is a 33% increase across Covid. As Vulture notes, in the eight years since premiering its first original series, House of Cards, it has turned its fortunes around: it is no longer borrowing money and is instead reducing debt, turning its descent into financial hell into a cheerful trudge towards the sun of fiscal freedom.

Paramount Pictures has been traded around the industry since 1969, mostly attached to Viacom, which was privately owned by theatre company National Amusements. CBS came and went in this pack and ultimately ended up squiggled together with Viacom to create ViacomCBS, which is a public company one quarter owned by Shari Redstone, who really owns the whole thing because she controls the voting shares in National Amusements, which has title to the rest of the company. belongs to her.  Revenue for the screen company is around $7 billion.

Warner Bros is known as an international entertainment conglomerate with around $30 billion in revenue, which is owned by AT&T, the worlds largest telecommunications company, with revenues of $180 billion. Total equity is $180 billion. It paid $100 billion for Warners, dismantled many of its parts, watched a heap of executives head for the hills and remounted HBO as HBO MAX to compete directly with Netflix.

The analysts universally claim that the telecom mucked this up (who would have thought?) and bought Discovery Inc for $43 billion. This was not just a shuffle – AT&T moved Warners into Discovery and set it loose, just like any other creative company owned by technocrats.

In a stunningly creative announcement, the company will be called Warner Bros. Discovery and it will move to the ‘hood in downtown LA. The title and logo is duly mocked.

Starting as an electronics company, Sony is now a huge player in entertainment, with Sony Pictures Entertainment, Sony Music and Sony Interactive Entertainment. It is listed on stock markets around the world, but the major shareholders are various Japanese trust funds.

Its annual revenue before Covid was US$78 billion, slightly over its market capitalisation, while Sony Pictures Entertainment took in US$9 billion. CBS records had UD$3.8 billion while Playstation sales were US$20.8 billion.

In terms of smaller expenditures: Amazon spent $6.5 billion in that same year, Apple spent $6.0 billion, Fox had $5.7 billion, and Discovery had $4.6 billion.

The lesson from the numbers? Most of the big six are spending a remarkably similar amount, though Sony, splitting its interests between screen production, music, software and services, is a much smaller spender in this area. Universal and Warner Bros. Discovery are owned by telecommunications companies, while Paramount sits inside the Redstone fiefdom which is large but not on the scale of the others.

While most big studios are owned by companies with financial interests elsewhere, Disney is the only one which remains fundamentally an entertainment company – and it shows in their spend, which is more than double any other major studio.