Seph McKenna was a key executive at Roadshow Films when it distributed a truly Australian breakout. He says these films tell us a lot about what we really want to see.
Seph McKenna 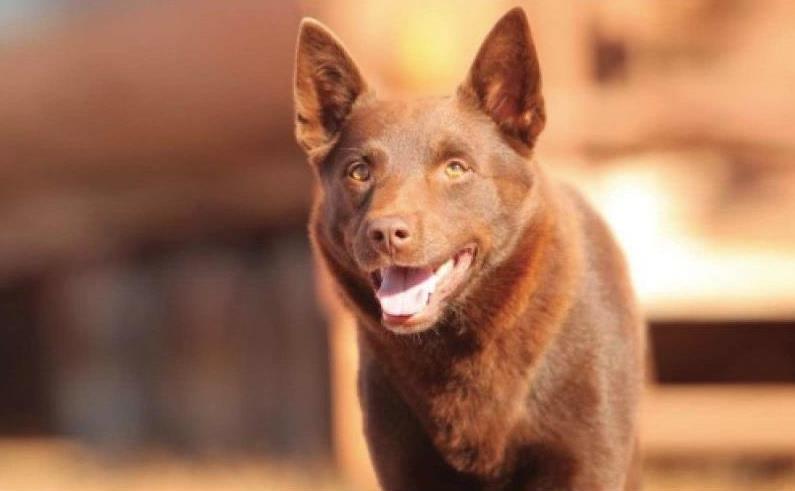 Red Dog, as seen by Stage and Screen, which carried the pooches.

On its opening weekend, Australian acting icon turned film director, Rachel Griffith’s debut feature Ride Like a Girl took the number one spot in cinemas. It played on 269 screens with an opening weekend of $1,684,858 and a cumulative total of $2,377,731 once preview and festival takings are accounted. With these numbers it could take $10 million at the box office, to be the top performing Australian film of 2019.

RLAG is unapologetically family, Australian, and full of heart. As film critic Jim Schembri once opined ‘the successful Australian film is about a lower class hero who rages against the machine and wins.’ Schembri was referencing The Castle, but it works equally well when matched against the story of underdog Michelle Payne who has the gall to be a female jockey in a heretofore man’s sport.

To understand how Australia embraced Ride Like A Girl, how such a feel good, heart warming Australian story even made it to screen, we have to look back at a key film which changed the direction of our local industry.

Something extraordinary happened on the Fourth of August, 2011.  An independent Australian film, Red Dog, after a few false starts, was finally released on 244 cinema screens around the country.

That Red Dog was released was not, in and of itself, remarkable. The remarkable thing was the people of Australia went to the cinema and bought a ticket en masse to see it. What did that mean? Red Dog was so, so ‘Australian.’

To find a comparable film we have to go back to Strictly Ballroom in 1992, almost twenty years earlier. All the other successes were mainstream films for the global market.

Most of the wise heads in the Australian Film industry thought Red Dog might, at best, make a few million before fading off screen and into obscurity, but many others thought it was a lost cause before it even released. It was just too Australian, too quirky to compete with the gigantic Hollywood spectacle films which dominate our screens.

Red Dog was also upbeat. There was sadness, but it ended on a happy, hopeful note. Further, it celebrated old fashioned Australian values, quite consciously the dusty ANZAC Day values of mateship and community. One of the miners portrayed in the film, Jocko, climbs up on a table at the Mermaid tavern and gives a toast bordering on a speech to those very values near the triumphant end of the film. Cringe, cringe, cringe worthy?

According to one whispered rumour so convinced was a certain exhibitor that the film had no business in it they had pre-emptively scheduled it to be removed from their screening schedules on the very first Monday of its general release.  Given that films are contracted by distributors to be guaranteed at least a two week run in most instances, removing it from the schedule so early, before any results were in, was the ultimate vote of professional no confidence.

In fairness, any lack of faith on the exhibitor’s part was just reflective of the climate and not necessarily the film.  Writing for THE MONTHLY in Dec/Jan 2009-2010’s issue Louis Nowra reflected on his experience watching as many of the 30 Independent Australian films released in 2009 as he could find. He gave due credit to Samson and Delilah, Mao’s Last Dancer, The Combination, Van Diemen’s Land and Balibo.

Threaded through the whole bunch he found grim stories, depressed men and monotonous bleakness. He was overwhelmed by films like The Last Ride, Blessed, Beautiful Kate and My Year Without Sex. He found a persistent lack of a good second act, and a failure to use the quality of powerful actors. They seemed to actively reject the Hollywood approach.

Noted script consultant Michael Hague boiled down the essence of all art as an effort to elicit emotion. Our films seemed designed to do anything but. Our collective efforts to create an industry distinct and separate to Hollywood had lead us down a path where the majority of our movies were rejected, if not openly reviled, by the Australian peoples whose tax dollars in great part underwrote them.

That our film industry had gone so wrong in the public’s mind was a stark departure for a country whose very origins were so tied to early film.  Probably no other culture’s values were and continue to be so defined by the medium. Australia federated at nearly the same time motion pictures started capturing the hearts and minds of people everywhere and quickly became the dominant artistic medium of the masses. Film and Australia were and are, growing up together.

As Saskia Vanderbent wrote in The pocket Essential Guide to Australian Film, her slim but highly useful review of Australian film history, Australia’s core values, the ones we still look to today, mateship, community, a fair go, and opportunity for all, stem in large part from propaganda films commissioned to lure adventurous Brits to emigrate to here.

Filmmakers of that day made up a set of appealing values and sold them overseas as Australian.  We have collectively forgotten their origin or moved them to ANZAC military sacrifices at Gallipoli, but those war correspondents who promulgated our digger’s tales of mateship and sacrifice in World War One were amplifying, not creating the values our first filmmakers decided should define us.

As film matured, we returned to films again and again to reflect on the national character, national issues and even the national psyche.  Don’s Party, The Chant of Jimmy Blacksmith. Wake in Fright and many, many others all had something profound to add to Australia’s understanding of itself.

When a joyous film was released, from a Crocodile Dundee to Babe, to Bran Nue Dae and Mao’s Last Dancer, the business in those films was healthy. But the results for everything else were pretty grim.

Yet the sector kept blaming the cultural cringe just as it was dying out in other aspects of our national and sporting life. The Australian film brand was damaged, and the industry tended to blame the audience rather than itself. In fact the exhibitors would not let bad films out into the multiplexes, and the genuine art films were appealing to an audience which was simply too small. On top of this, audiences were simply deciding they wanted to watch films which were massively escapist, which also encapsulated the cultural myths of not our society but the United States.

Which in part, is what made Red Dog’s out-sized success at the box office such a clear pivot point. By its first weekend, Red Dog had taken a healthy $1.8 million in box office takings.  More than many Australian films take in their entire theatrical run. In the next few weeks the audience grew even more inspired by excellent word of mouth.

It ran into the September school holidays and kept on going. At the end of its theatrical run, Red Dog had taken $21,467,405 at the box office making it the most successful independent Australian film of the last twenty years, within striking distance of 1992’s Strictly Ballroom which had made $21,685,344.

Audience’s embrace of Red Dog did something else as well, something vital; it exploded the myth of cultural cringe as a limiting factor in Australian film. Turns out Australians are happy to embrace stories about themselves, as long as the storytelling is coherent and the emotions are truly and deeply felt.

It is possible to say that Australian audiences will go to local films as long as they are fun. But that is not exactly true. Remember how Australian films began by expressing Australian values? That idea never went away. We don’t want jingoism or propaganda, we want an exploration and affirmation of the values that make us content, that fit our aspirations and make our world go round.

Ironically, the professionals presumed Red Dog was far, far too Australian in its very DNA to interest Australian audiences.  It wasn’t a film that was just made in Australia.  It was a film about Australia.  Australians, we were meant to believe, would and should cringe at such a nakedly unapologetic celebration of our own soft cuddly underbelly of mateship, community, and downright good cheer.

It turned out there was hunger bred by starvation for exactly the story Red Dog had to tell and the values it explored.  It drove a renaissance in Australian theatrical storytelling that started on Aug 4, 2011 and continues to gather steam today.

Seph McKenna was Head of Australian Production for Roadshow Films between 2006 and 2017 before a short period as CEO of Screenwest. Evaluating at least 250 films/year, managing $100m of investment, he has a wealth of practical experience in the Australian commercial film market.