Seven spits dummy on children’s TV, may be for sale

While Seven tries polite menace with Feds, it may itself turn out to be sold to the highest bidder.
David Tiley 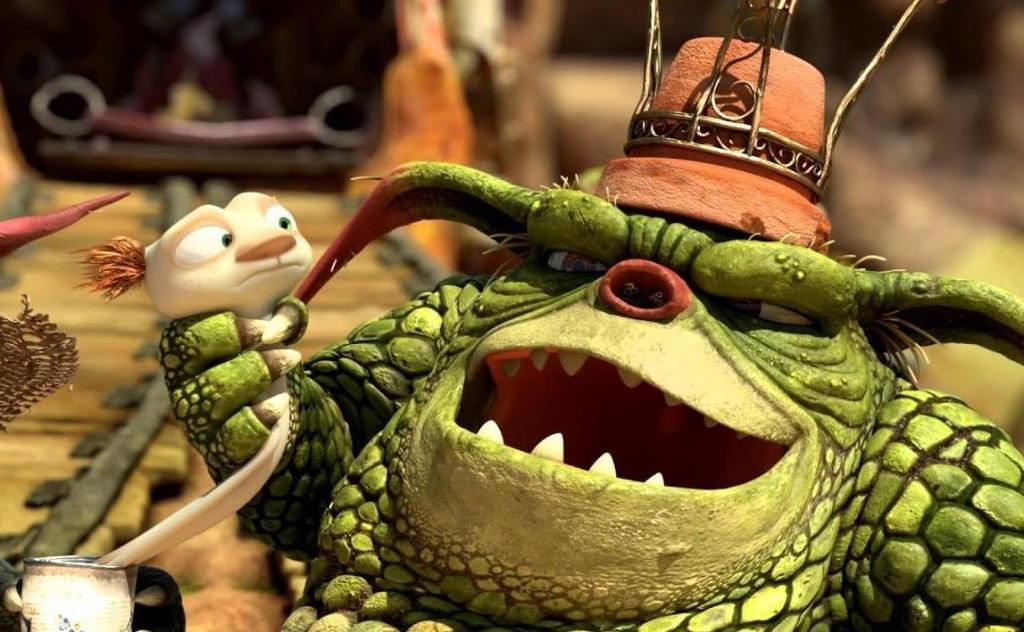 Seven, which runs Bottersnikes & Gumbles, tries to intimidate the Feds.

We are currently living in a strange spongy time which we may one day think of as the last few months of the 21st Century Surge. This could be the end of the Phoney Economy.

Let’s start with the basics for the screen industry. The ACMA and Screen Australia are putting together an options paper on the reforms to the Australian screen sector to deal with the new digital realities, led by Fiona Cameron, formerly the chief operating officer of Screen Australia and now at the ACMA. Optimists are saying this the first time in 16 years that the issues will be broken down as a series of concrete proposals; all the other enquiries, documents and reviews have produced conclusions about a high level framework. They are principles rather than solutions.

One concept which has worked its way into the system is the idea that any solution has to be platform agnostic – that all the regulations are based on expenditure or on quotas. This notion of mass sameness may be neither helpful nor practical but it is the easiest sell to a politician.

The document is due with the government by the end of February, which is now. I understand it is very close to being completed and has the board approvals it needs. At the absolute latest it should be out by the end of March, after which Minister Paul Fletcher has indicated that he will seek further consultation through a round table with the key figures.

The various players have every right to believe they have been mucked around for at least a decade, and the sector is entitled to answers. On the indie side, Screen Producers Australia and the other guilds just keep repeating themselves while they deal with the engorged streaming companies sucking up time and audiences. Meanwhile the free-to-air broadcasters see their lunch being stolen by digital advertising as their precious revenue goes online.

In the last couple of days, Seven has escalated the tension by showing the Feds how it could get difficult. Seven sent a private letter to Minister Paul Fletcher which is described by the SMH like this:

‘Seven West Media is threatening to halt production of children’s content and is scrapping plans for any new Australian dramas amid a push from commercial television networks for the Morrison government to abandon local content quotas’.

Everyone is being very polite, but this is still a major escalation. We know that the broadcaster has a baseball bat hidden behind the bar. SPA CEO Matthew Deaner ‘expressed his dismay’ in a press release.

Seven complies with the law in this announcement because the children’s quota is averaged over three years and the network is already well ahead. Dramas which are already running or commissioned are safe too, so we will continue to get Home and Away, RFDS, Between Two Worlds and Australian Gangster.

With the Screen Australia-ACMA document almost ready to be released, we can assume that it wants to remind the government that media policy really needs to be sorted, and also demonstrate that its underlying financial problems are very, very serious.

Nine and Seven both released their half yearly results in the last ten days.  Nine’s FTA TV revenue dropped from $563m to $531m year on year, which is an 8% drop in profits, against a total group revenue of $1.182 billion. However, Stan and 9NOW are doing well as the business pivots to digital even while it won the ratings war for 2019. Which didn’t help its revenue.

Seven West Media is reporting a $67m loss on a total revenue of $773.3m for the first half of the 2020 financial year and a drop in underlying net profit after tax of 22.5%. The results come amidst tough advertising conditions, pushing the entire free-to-air (FTA) TV market down 7.0% in the half, and a total advertising market decline of 8.5%.

Seven wants to get rid of Bauer Media and find $100m in cost savings over the next three years. It is not in any desperate straits because the mining and tractor side of the business is doing very well. At the same time, the Seven West Media share price has dropped steadily over the last ten years from $7 to $0.18.

From the Stokes family point of view, selling its media assets may be a way of getting rid of a leaky boat which has no prospects of repair. They don’t even have a streaming arm. CEO James Warburton has taken the concrete step of engaging Morgan Stanley to rustle through the assets and build an attractive story for new buyers.

Who would buy? Murdoch might but keeps saying he doesn’t want another TV network. NBCUniversal is said to be a possibility in a deal which would mirror the CBS takeover of Ten. Even Disney could be in, though that seems strange to me.

That would be an enormous change of direction. The whole thing came together just a year ago with Seven Studios UK and 7Beyond in the US providing an international base for Seven to compete as a production house on a global level. That is very smart because it can automatically guarantee a presale and a key customer (itself) while it looks for global presales or co-pro deals. A separate production company of any size has to deal with skittish buyers at both the domestic and international end.

‘If you look at the studios business … it makes content for us, but it’s making content for third-party providers. It needs capital, so you produce those shows and sell it, so it needs capital from that perspective and in addition to that, it’s a good discussion point in terms of international studios or production houses, but then potentially bringing a [subscription streaming] service in as well.’

The revenue from Seven Studios rose by almost 20% in the last half year to $53.2m so Seven could end up selling the good bits and keeping the bad. The point of course is that the production arm does not derive revenue directly from advertising, though it produces for the core business and other overseas broadcasters as well, which are ultimately bleeding from the rise of digital ads. It must also be cashflowed.

There is now a theory that the whole box and dice would be bought by ITVS. The upshot of any sale is that all the staff on the Seven reality shows plus any premium drama would be working for an international broadcast/production company. The irony in here is that Screen Producers Australia is driven nuts by the Seven in house/external production strategy which turns a broadcaster into a production company and therefore able to claim the offset on its own behalf along with that cute power in international sales.

Behind all this is COVID19, plus the bushfire rebuild, plus any blowback from the China slowdown. The stock market is looking terrible, and the world is paralysed by quarantine measures. We may be looking at an international recession which would make all this seem pathetically trivial.

In Australia, it is very possible that the Screen Australia-ACMA document will arrive just as the government goes into true crisis mode over COVID19 and be forgotten in the chaos. Given the whole story of the last 16 years, that would be bloody typical.

In a final irony, there is one global business which is doing fine out of the crisis. The streaming companies, as millions of people are stuck at home living on dried food and desperate for entertainment. We are living in strange times and soon everything may be different.