Having built their production company into an impressive conveyor of dreams, David Maher and David Taylor are getting ready to leave.
David Tiley 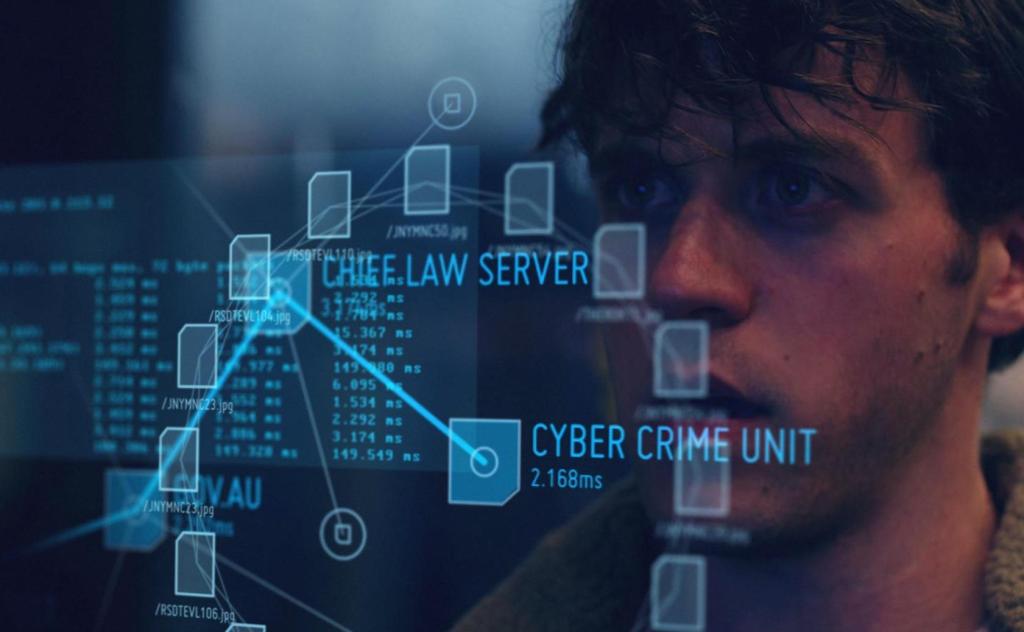 Playmaker creators plan for their ultra-secret future. Image: Actually from The Code.

With one terse release picked up by the trade magazines, Playmaker founders David Maher and David Taylor bowed out of the company they sculpted over the last 11 years.

They will stay for a while as owner Sony organises a new management team to take over the organisation. They expect to work with Sony in the future on projects which are inhouse at the moment, and with new projects they develop separately.

Any major decision like this involving an international relationship will be protected by a cone of silence, motivated by the desire to work together in the future, the rules of their contracts and the need to maintain relationships. So very little will arrive in public.

Maher and Taylor were a pair of commercial television veterans with an appetite for new writers and interesting projects when they set Playmaker up in 2009. The company was funded by Screen Australia to run the Scribe program, a writers’ support mechanism which used intensive development in both Sydney and LA to create new series which enabled experienced writers to take their careers upwards. The company championed a version of the showrunner model and put together five successful series in six years including House Husbands, The Code and Love Child.

In 2011 Playmaker signed a first look deal with FremantleMedia to distribute internationally, which provided a valuable international toehold and the first part of what we now call the ‘pivot to global’.

The Scribe process, which gives writers “several months to stare at the blank walls” under the mentorship of Shane Brennan (creator of NCIS), is intended to create ” more original and authored drama,” Maher said.

Once a project is greenlit, Maher and his partner, David Taylor, function as executive producers , and “build the writing team around the head writers [the project’s creator] who become the creative producers. Unbroken authorships is about what we’re all about,” he said.

The pair create the production scaffolding around the writer. “The way we work at Playmaker is trying to create a space around really talented writers and give them the production support, rather than David and I imposing our creative vision. Writers and creative producers who embrace the practical aspects [of production] get the best on screen. None of the writers are ever hung out and worrying about the elements of the production.”

Over the last ten years, the writing process for Australian television was overhauled pretty thoroughly by agencies, the Australian Writers Guild, individual producers and key writers, often using the American concept of a showrunner. Australian Shane Brennan, helped by income from his successful work on NCIS, was a key figure.

Playmaker was a very significant part of this slow transformation. They were acquired by Sony Pictures Television in 2014, as part of the evolution of key Enterprise companies which were bought by overseas outfits. NBCUniversal slowly acquired Matchbox, while Banijay picked up Screentime, as the already globalised outfits bought and sold each other.

We have now seen Banijay swallow up Endemol Shine Group, which had been through several huge ownership changes already. As all the Australian producers in these arrangements know full well, international ownership provides development capital, much greater reach and the opportunity to locate overseas production here. Great powerhouse brands could just be an item on a balance sheet

But their companies are pawns in a much larger game as US studio Columbia discovered to Hollywood’s horror in 1989 when Japanese electronics company Sony bought it, revamped its management and started the chain of transactions which would ultimately lead to the Playmaker deal. Great powerhouse brands could just be an item on a balance sheet.

However, Playmaker went from strength to strength. As SPA summarised today,

Playmaker has also crept into work which is very globally focused, where the company is used for execution rather than development. Chosen is doubly alienated from any Australian vision. Last year, Playmaker successfully delivered Reckoning, an American story set in California, shot in NSW with local agency support.

In October last year, the company announced that development executive Sara Richardson, who supervised the original Scribe program, was rejoining Playmaker after three years with Ten. The company planned another iteration.

Playmaker will repeat the Scribe LA model in 2020 with three talented new Australian writers to take their industry experience to the next level.

These three writers will be given front-row seats to the inner workings of the global television industry, meeting key buyers, decision-makers, creatives, showrunners and executives in the ever-changing world of international television to help take their fully-formed ideas from script to screen.

In fact, Richardson did not join the Playmaker lineup and was working for Endemol Shine Australia by the time Covid arrived.

In April, IF interviewed the company creators as the virus wreaked havoc, to celebrate Playmaker’s first ten years. While they were keeping their approaching exit private, they did admit to disquiet about the growing barriers to production, Times are tough.

Does all this provide any clues to the move? Kind of. Sony can do what it likes with the company and may want to abandon the kind of challenging work which Playmaker does well. The Davids may well be tired of a direction away from development to full service production.

Seven years is an interesting number, and not just because of The Seven Year Itch. It may signal the end of some contractual arrangements.

We know that Maher and Taylor are very smart and may see a ghastly future dominated by hanging in and slow recovery, defending jobs and fighting for small opportunities as the biggest companies get the most food.

I think there is one thing we can be pretty sure of. We know the pair will be launching more projects, presumably under a new banner. They will have plenty of broadcast customers who are happy to talk to them and their reputation is secure for a while. They can concentrate more on development with a lot more clout and international savvy.

They are in a very good place even though times are really difficult.

Read more: Playmaker goes back to back with The Code.