Standing on their record for the arts, Paul Fletcher offers his ideas for the future of the arts should they be elected in the impending election.
Paul Fletcher 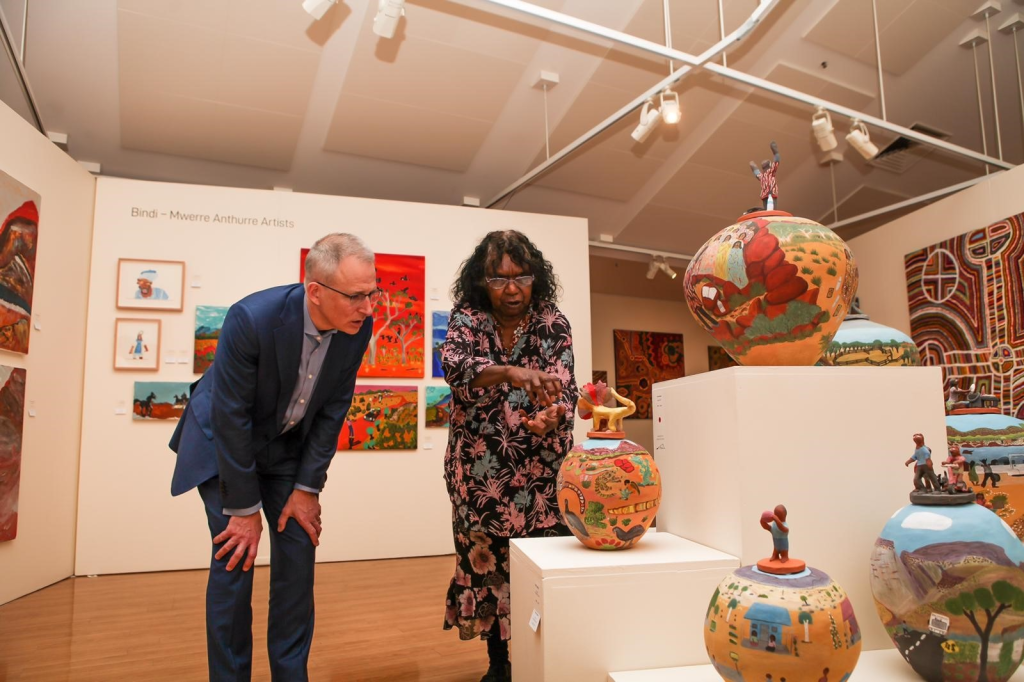 If Labor’s arts policy was an arts performance, it would have closed on opening night.

The less-than-lukewarm response to Labor’s announcement this week, from the sector and from the media, is not surprising.

All that Labor can offer is a plan for a plan.

They can’t give us any detail on their plan, because they haven’t begun consultations about it yet – which raises the question of what, exactly, they’ve been doing for the past nine years.

All they have instead of details is motherhood statements.

For example, they say they plan to ‘revive cooperation’ between the Commonwealth and the States in the creative sector. In that case, I suggest they study our Location Incentive program, which has attracted 33 international film and TV productions to Australia, in close cooperation with State Governments, both Liberal and Labor.

They say they want to ‘promote Australian creators on streaming platforms’. Well then they should look at our Streaming Services Reporting and Investment Scheme, announced earlier this year to incentivise and, as needed, require large streaming services to invest in Australian content. As noted in the Australian Financial Review this week, it is already having a positive effect.

Labor says its yet-to-be announced plan will have First Nations culture ‘at the centre’. So I recommend they study our Indigenous Visual Arts Industry Support program as a model. It provides annual support of more than $27 million to the Indigenous visual arts sector.

Read: How the arts strengthen our democracy

What is extraordinary, in addition to the lack of any overall detail, is that there is not a single dollar amount attached to anything in Labor’s plan. What this tells you is that they think they can take the arts sector, and arts audiences, for granted.

By contrast, as the sector has faced its biggest challenges ever during COVID-19, we’ve been there with the needed extra support. Our investment in the arts in 2021-22 will be around $1 billion: the most ever provided by any Commonwealth Government, Labor or Coalition.

Our COVID-specific arts support stands at $500 million – including our $220 million RISE fund, which is supporting a pipeline of arts and entertainment events around the country.

RISE is designed to support arts companies, promoters, festivals and entrepreneurs to put new shows on as the sector works to rebound from the challenges of COVID.

So far, $200 million has been committed under RISE. It has gone to 541 projects, creating more than 213,000 jobs across Australia, to be seen by a total audience of 55 million people.

The COVID-19 Arts Sustainability Fund, designed to support systemically important arts organisations through the pandemic downturn, has so far supported 16 leading arts organisations across Australia for a total of $51.5 million.

The Temporary Interruption Fund (TIF) operates by providing certainty to local film and television producers to commence or continue filming should their insurers not provide coverage for being shut down and delayed due to COVID-19. The fund has supported some 92 screen productions. Based on reporting to date, the government anticipates that the TIF has supported over 12,000 production roles and 5,000 business contracts.

I have already mentioned our $540 million Location Incentive program. Only this week, I announced that The Fall Guy, a Universal Filmed Entertainment Group production starring Ryan Gosling, will film in Sydney later this year. This project brings to 21,500 the employment opportunities for local cast and crew under the Location Incentive.

And all of this is on top of continuing funding to the Australia Council (around $200 million a year), Screen Australia (over $80 million) and other arts bodies and cultural institutions.

Unlike Labor, we don’t take the arts sector for granted.

We value the arts – both for their economic contribution, and for their inherent value. That is why our record is so strong, and why a re-elected Morrison Government will continue to support the sector in ways that make the arts more accessible to Australians everywhere.

This opinion piece is part of a series looking at policies for the Federal Election 2022.

Paul Fletcher is the Member for Bradfield in the Australian Parliament and Minister for Communications, Urban Infrastructure, Cities and the Arts of Australia.