Caleb Landry Jones is sweetly honoured by Cannes for his Nitram performance. We survey the international reviews.
David Tiley 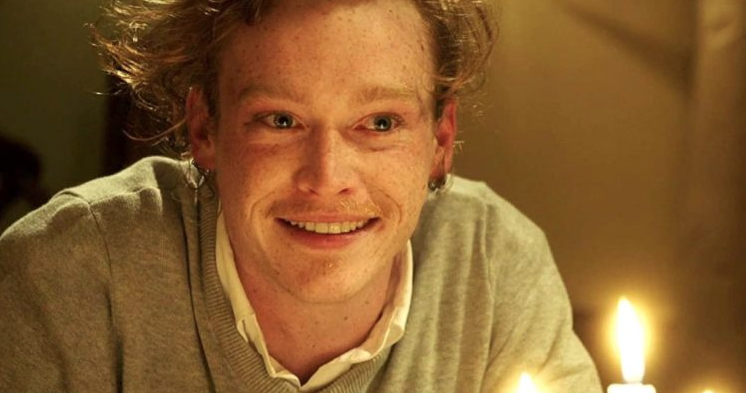 Caleb Landry Jones in a very different role. Image via The Playlist.

Nitram, directed by Justin Kurzel, written by Shaun Grant, produced by Nick Batzias, Virginia Whitwell and Shaun Grant, has been given the Best Actor Award by the official Cannes Film Festival 2021.

The award honours Caleb Landry Jones, the 31-year-old Texan actor and musician, who has attracted most attention for his roles in The Florida Project, Get Out and Three Billboards Outside Ebbing, Missouri. He is known among producers as an excellent actor for his ability to command the screen and dominate a story, skills which gladden the hearts of independent directors. As Banshee in X-Men: First Class he was nominated for the Teen Choice Award for Movie Chemistry, which catches the essence of his appeal.

The Cannes World Premiere is the first opportunity for the major review sites to assess the film away from the parochial concerns of Australian outlets.

Peter Bradshaw, the doyen of Guardian reviewers said, ‘Australian director Justin Kurzel has made his most purely disturbing film since his debut Snowtown in 2011. Like that film, Nitram is based on a real-life case of murder and family dysfunction (which incidentally also applies to Kurzel’s version of Macbeth). And he has four outstanding performances from Judy Davis, Essie Davis, Anthony LaPaglia and Caleb Landry Jones.’

Hollywood Reporter says, ‘Nitram casts Caleb Landry Jones in a vanity-free performance that never tries to soften the character’s creepily off-putting, aggressively obnoxious behavior or engender much sympathy. However, in a rare moment toward the end when he sits down with his physically and emotionally exhausted mother (Judy Davis), he opens up about the way he sees himself and the envy with which he observes other people, wishing he could be more like them. That moment of piercing sadness and yearning alone distinguishes this from The Snowtown Murders, which was a depiction of pure manipulative evil.’

Here’s Deadline: The subject is the worst lone-gunman mass killing in the country’s history, and the film disturbingly teases out the misfit’s unstable personality, along with the ease with which he assembled a massive collection of artillery. In the end, the case directly resulted in the country’s far more stringent firearms laws. This is a strong piece of work.

And Screen Daily: ‘Caleb Landry Jones is perfectly cast as Nitram, whose eventual violent outburst is telegraphed by his unnerving, emotionally fragile demeanour. But although Nitram is a thoughtful exploration of mental illness, highlighted by a strong cast, Kurzel can’t fully transcend what is familiar about this handwringing portrait of a ticking time bomb set to go off.’

Jessica Kiang, in Variety, accepts the mystery at the heart of the film which troubles some reviewers. ‘And while Grant’s script is resigned to never being able to entirely understand the killer’s broken psychology, outside factors — distracted doctors, unsupported caregivers and especially lax gun laws that can be manipulated by unscrupulous firearms dealers — are unsparingly highlighted. In fact, in its quiet respect for the victims’ dignity, its uniformly outstanding performances and in apportioning responsibility only to those who shirked their responsibilities, and deploying a grief-struck compassion toward everyone else, “Nitram” may come to be recognized as one of the finest exemplars yet of the mass-shooting movie — inasmuch as we can stomach having an entire genre built around the phenomenon.’

The film is being treated with considerable respect, finally obliterating the idea that the picture should not be made because the very idea is immoral, which must have been difficult during an intense production. It reinforces the idea that there is no such thing as a forbidden subject, only degrading approaches. The problem can be the maker but not the material. With one proviso in my book – you cannot abandon the notion of authenticity.

The choice of actor may be a bit surprising. Time was when the sector would argue that a plum role like this should not go to an American actor, particularly when the look and feel of the picture is so intensely naturalistic. But that protectionism has disappeared, as Australian actors have proved themselves among the best in the world.

Kurzel went global after Snowtown, did his Macbeth on the international stage with a multi-lingual cast, and is comfortable directing fabulous actors. The truth probably is that there are not too many performers who can carry a role of this intensity. Surely, Caleb Landry Jones was not recruited to attract the money, though all the stakeholders would have respected the choice on artistic grounds. They are not looking for a teen audience here.

Australia will get its first look at the film at the Melbourne International Film Festival, though lockdown may destroy the cinema experience. It is getting hard for Australian films to get mainstream media attention and we can only hope the picture gets the proper commentary and not some tired rerun of a Tasmanian controversy.