The public argument about the Martin Bryant project is very close to home for the screen sector. Should we be prejudged? Are some ideas beyond the pale?
David Tiley 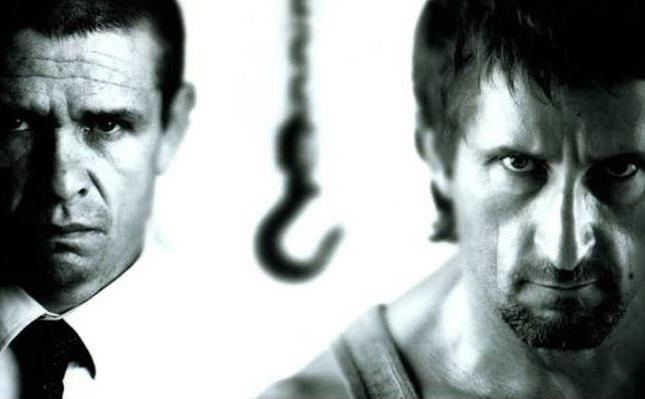 The announcement of a film being made about the Port Arthur massacre has triggered its own traumatic event for the screen community. Anyone who has endured hostile publicity about the ethics or propriety of a project knows how unpleasant that is, and we live in increasingly vicious times.

Richard Keddie wrote passionately against the project for the Sydney Morning Herald. He ends with this:

As a lover of our industry, I have to call them out. And anyone supporting them needs to be called out. I wish we, as a community, could call them out. Sadly, we have few ways to protect the vulnerable, even though Bryant’s victims have been through a hell the rest of us can’t imagine.

It is a difficult line film-makers tread. The conflict between our story and the people our story is about, and our passion to tell the story. At the core of this decision, I believe anyway, is respect and compassion for the people in this story. If I feel it will harm people, I refuse straight away.

To tell Bryant’s story could be seen as a form of an assault, a harassment of the real people involved. We are shifting more and more into the darkest of human places and the industry could do well to reflect on this. How high or low do we set the moral bar? What do we do if the Hollywood star playing this person is nominated or even worse, wins the Best Actor award? A celebration of a monster, a real, living, breathing monster.

And are we as taxpayers happy to foot the bill in the name of art?

Guy Rundle, in Crikey, was a bit more extreme, adding a certain denigratory tone to the debate.

As voices of protest increased following the announcement of the film, the filmmakers rushed to clarify that this would not be a thrill killer quickie oh no, but a study of the conditions that produced the event and its perpetrator, without featuring the event at all. Apparently it’s a contribution to making sure the event “never happens again” etc. It will air on Stan, which is your go-to place for in-depth social policy discussion.

It is certainly possible to make a film about the Port Arthur Massacre which is squalidly abominable. Voyeuristic, sadistic and salacious. Artists do not have an untrammelled right to do what they like; self does not outweigh society.

What gives me the creeps about all this is that it is an imaginary sin. ‘I know what you are going to do and it is wrong, so I want you to shut up.’ It is a projection and it comes from a position of moral superiority.

Richard Keddie is right in that our work is threaded with moral judgements and the impact of a story which is based on reality and therefore alters our communal way of seeing an event is important. We only have to look at the most recent series of The Crown to see this problem take off. Artistic license is no excuse, and depictions of real events inevitably replace them in our collective experience. A dingo took my baby.

What gives me the creeps about all this is that it is an imaginary sin. ‘I know what you are going to do and it is wrong, so I want you to shut up.’ It is a projection and it comes from a position of moral superiority.

Keddie knows that public opinion is dangerous to a film. Ride Like a Girl was created alongside the allegations about trainer Darren Weir. Publicity in our sector is managed very carefully, often to the frustration of journalists. What happens on set stays on set, until you end up with Hey Dad. Reputation is a precious thing, as December Films knows full well as it became collateral damage around Craig McLachlan.

There is a level of disrespect in this moment which I dislike. Justin Kurzel is known as the maker of Snowtown, his first film, which was produced nine years ago. Since then he made Macbeth, Assassin’s Creed and The True History of the Kelly Gang. The writer Shaun Grant went on to Killing Time, Berlin Syndrome, Jasper Jones and Penguin Bloom.

Producers Nick Batzias and Virginia Whitwell (formerly Murray) are credited in that role on a string of documentaries like That Sugar Film, Australian Dream, 2040, and Westwind: Djalu’s Legacy. They were producers on Below, a low budget film about asylum seekers. They worked together for Madman, where Batzias ran the production arm while Whitwell was Head of Production.

You’d bet on all these people for a combination of art and ethics, wouldn’t you? They are surely close to the moral centre of our sector, not its reptilian fringe.

My own personal opinion comes from respect for the pre-existing collective experience of an event. I don’t like mythologising big events and creating imaginary pasts. I think this is very dangerous and leads to mass hysteria, genocide and wars. We are, in some ways, the custodians of empathy.

After all, we feast on fairytales, set in the spooky night beyond the lights at the edge of town. We are very good at true crime productions in Australia for the purposes of entertainment. We love our criminal mythologies. The whole Underbelly series ran on this and there are plenty of others. The criminal rampage which started the series led to the deaths of 36 criminals. They had families and schoolteachers and neighbours and priests and footy teams. The police lived with the horror and buried their dead. How would they feel about these killings?

Maybe more important: these atrocities occurred in public. At least one in a school playground.This is a more diffuse trauma than the collective ghastliness that Tasmanians had to live through, which makes Martin Bryant a different force than Alphonse Gangitano and the Moran Brothers. But they still created a trail of trauma which didn’t excite this kind of response. Instead, series one rated its socks off with around 1.25 million for each episode.

This is all really a lead-up to a link. Karl Quinn and Rachel Clun have an excellent article which brings a cooler eye to this. It ends with

Grant said that was not what Nitram is about. “I take great offence at the conspiracy theory stuff,” he said. “Our film has no links to any of that. It absolutely is aiming to look at [the factors that shaped his psychology] and to shine a light on these people in the fringes, and how accessible it was for a person with that psychology to piece together an arsenal and do what he did.

“We can’t assume these people don’t exist, that this is a one-off, because it’s not,” he said. “I was curious: who are these boys, and what can we learn to ensure this is a thing of the past?”

Our sector must work within the moral rules of how events are depicted inside a production. There are sins we all hold to be dreadful and we don’t encourage them by play acting. I believe that right and wrong still exists in the imaginary realm. But pre-judging is icky, censorship is dangerous, and we should defend each other from righteous judgement.

To bring yet another complicated idea into this note, we are responsible for the truth to human experience. The boogie man is a toxic artefact.

Read: Is it wrong to make a film about the Port Arthur massacre?