The Green Papers sent to the Media Reform process make agreement impossible in a whirly whirly of change. This is not a good moment.
David Tiley 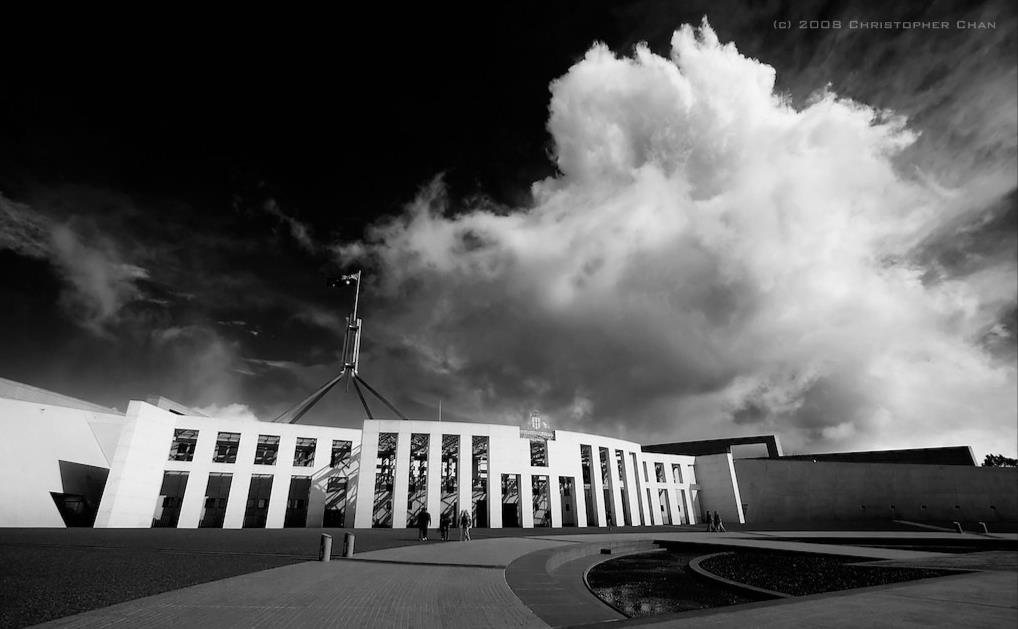 Power can be a remote, painful and confounding process.  Image: Christopher Chan on Flickr

Here is a line we never thought would appear in Screenhub: We feel sorry for the government.

The Liberal and National Party’s ponderous attempt to ‘reform’ television regulation has now reached a climax. The guilds and associations representing the working screen sector are united around a single submission, though they are putting in their own versions as well.

The ask is pretty simple.

This is the hard line proposal which is in line with strategies in France and Canada.

As the document notes, ‘The Green Paper’s proposed reinvestment obligation of 5% falls far short of these International responses’. This is a serious clash, as if an army of mongooses (the sector) is up against one huge snake (the Liberal government).  The truce created by the government’s concession on tax reform is over.

The sector is offering a huge carrot. It claims that, ‘modelling by Screen Producers Australia shows that a 20% rate of obligation would deliver approximately $366 million in Australian content investment annually, driving an additional 10,000 industry jobs creating over 300 hours of Australian content to streaming audiences each year.’

Netflix has provided a summary of its submission to argue that ‘Netflix investments in Australian content represent a significant and growing contribution to Australia’s content production ecosystem. We are the only international streaming service with a full-time content team based on the ground in Australia, and we’ll continue to invest aggressively in Australian content.’

Obviously the streaming companies don’t want to be regulated – why would they? It violates their basic principles of simplicity and secrecy, but those are trivial problems. The very principle of regulating international media providers is dangerous because they face a chaotic mass of different regimes, many of which are run by sadists, religious maniacs and kleptocrats.

Of course they will claim that they invest in domestic production; we know that Netflix will spend enormous amounts of money in the right cultures which provide the opportunity to build international inventory. We also know that Amazon Prime wants to go hyper-local and confront the broadcasters at their own game.

Netflix lists all the benefits it provides to local production companies, which Screen Producers Australia will agree with word for word. The only difference is that the sector wants those benefits guaranteed and they are caught in the problem of harmonisation, by which both domestic and overseas providers should incur the same obligations to work in our market. Of course, they would both agree on the need to improve education.

Netflix concedes that the government was right to create a voluntary data reporting mechanism to track streaming companies expenditure and activity in Australia. It now calls that work ‘critically important’. It also disputes SPA’s claim that Canada and France are good examples of regulation.

The free to air broadcasters

The FTA companies have their own small but highly organised lobby group, Free TV, which has made its submission public already. It calls for some minor but potent proposals.

Free TV also agrees with the streaming companies that they should not be compelled to make Australian content. They are faced with some alarming possibilities – more blue chip programs made for the international market, producers used to better terms and crews relishing the competition for skilled professionals at higher wages.

Both the FTA companies and Netflix make the same case about costs. Says Netflix, ‘It could exacerbate the current capacity and capability problems, create a content “arms race” driving up prices for certain forms of content production, and add greater costs to the free-to-air television business model.’ Its concern for FTA television is touching, given that the streaming companies see the broadcasters as lunch.

This outcome is precisely what Screen Producers Australia really wants. From the producers’ point of view, budgets are too low and their opportunities for growth are too limited. The capacity problem will soon be resolved by expanding the industry and we have a substantial community of under-employed key creatives.

How the broadcasters ambushed the government

The Green Paper gave Minister Fletcher some useful wiggle room through an intriguing scheme to set up a production fund to pump money into the sector. It was to be fuelled by selling spectrum, the electronic real estate on which FTA signals travel, along with a host of other uses like our mobile phones. The broadcasters have responded by gathering another gang of mongooses to chew the increasingly hapless snake.

According to the submission,

In order to respond to the Green Paper in a comprehensive and constructive manner, we have conducted a detailed and complex program of work to assess the specific technical proposals outlined in the Green Paper. We have worked closely with the broadcast engineers of every free-to-air broadcaster (including the national broadcasters) as well as representatives from transmission services providers (TX Australia and BAI Communications), antenna and TV set manufacturers, the NBN, and the relevant standards organisations.

These mongoose nerds conclude that, ‘The Government’s technical proposal to achieve a 600 MHz dividend (using three shared multiplexes and a migration to MPEG-4 compression) is based on flawed technical assumptions and is not acceptable to our members… Specifically, the Green Paper proposition would not support service equivalence for broadcasters and would also rule out future growth on the terrestrial platform, in addition to imposing a series of complex and costly practical issues.’

The proposal is a non-starter, though Free TV concedes that a slower and more considered approach could maybe perhaps lead to a viable roadmap to spectrum changes.

This is very important, because the government is being confronted by the streaming companies on its primary strategy, and by the domestic FTA providers on the fallback position. It is caught between the Devil and the deep blue sea. Once again, every strategy the government advances to create easier solutions turns out to make its life harder.

This is not about bloody-minded protagonists determined to shift any hot potato changes onto someone else. Rather, it reflects the way in which every party sees an alarming amount of risk. ‘What if the streaming companies don’t invest, or invest in crap?’ think the producers. ‘What if we get tangled up in crazy amounts of bureaucracy while we work out what we are?’ think the streaming companies. ‘What if we get overwhelmed by cashed up and internationalised providers while we lose essential spectrum?’ think the broadcasters.

Unfortunately, government mechanisms are really slow. It is now around twelve years since the Labor government via Senator Conroy first confronted the players with the realities of modernising policy. Even if we had political consensus, government regulation is not a nimble system. That education problem, for instance, runs straight into the enormous problems we now face with an ossified and starved tertiary sector.

As we look at the various arguments put by the stakeholders in this fight, they all turn out to be short term problems. Netflix provides a comprehensive list, covering capacity and capability problems, price inflation through competition, reducing diversity, creating product uniformity, push quantity over quality…. And so on.

Every one of these are projections which depend on so many other factors. We don’t even know what a streaming service really is yet; we don’t know what will happen to the advertising market; we don’t know if our English language connection to North America works for us or against us; we can’t work out if three commercial channels will survive… we oscillate between hope and despair and find evidence for both.

We would probably be better off with targeted, small publicly funded programs in key areas, modelled on Enterprise programs, travel grants, research initiatives, support for risk taking and emerging filmmakers, creating centres of excellence. Perhaps we should realise that SBS provides the evidence for a truly fundamental rule – it’s cheap if you do the right thing.

But we do know that quality is always vital, and that anything which disappears is very, very hard to put back. And while we talk about capacity problems, we have no problem with talent, or the hunger of younger generations to shape our national stories.