Is critical dialogue a dying art?

Recent debate on The Conversation serves an opposition between print and online media, but online reviewing deserves a fair go.
Peta Mayer
[This is archived content and may not display in the originally intended format.] 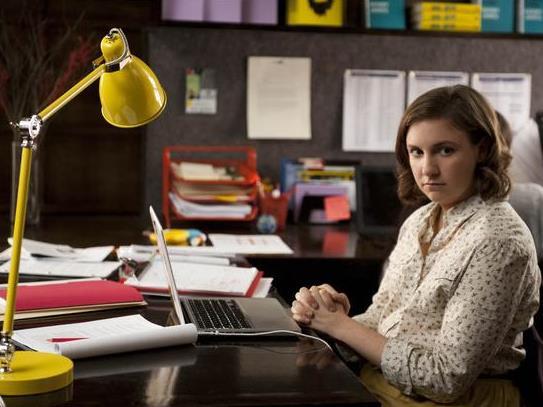 Until fairly recently the relative inferiority of the hack reviewer was used to illuminate the authority of the intellectual superhero known as The Critic.

In the 1970s, celebrity critic John Simon comments that to accept ‘a reviewer as critic and guide is like expecting school children to teach one another, or patients in a hospital ward to undertake one another’s cure.’

John Dale’s piece in The Conversation on 9 July superficially appears to enact this old debate with Dale claiming that ‘the standard of book reviewing in Australia is poor.’ However, Dale’s lament is really about the absence of guidelines for reviewing; it’s a contention that authorises him, via John Updike, to share some rules for improving the noble art in Australia.

More significantly, the cluster of July articles about book reviewing in The Conversation are implicitly organised by an opposition between print and online media.

In arguing against anonymous reviews in The Saturday Paper, Jane Messer states, ‘The paper sacrifices a critical point of difference between mainstream media and the online world of trolls and fandom avatars.’ Dale maintains that ‘the quality of critical response out there on the world wide web is far exceeded by the quantity of uninformed opinion.’ ABR editor Peter Rose’s response to Dale obviously doesn’t dispute the integrity of reviewing itself, so much as argue on points of fact. Suzie Gibson somehow ties a strong national identity to book reviewing – as long as the review is stamped with the regulatory fervour bestowed by the proper name. Thus all four critics are united in their admiration of reviewing, seeking mostly to appraise questions of intention, purpose, style and effect.

On the one hand, it’s positive to see the ugly little sister of reviewing blossom into an almost sophisticated form.

On the other hand, the new status of reviewing appears to be contingent on self-congratulatedly flexing its professional superiority against new forms of online amateur reviewing. As with all changes in the literary field, the emergence of new forms (of online reviewing) fuel anxieties behind the question ‘is critical dialogue a dying art?’ The debate in The Conversation reflects how this anxiety becomes a canonicising force for ‘highbrow’ reviewing.

The four Conversation critics indeed contribute to a critical dialogue, asking questions of themselves and others, but they so in ways which work to reinforce their own authority. In this way, the improved reputation of book reviewing in print media restages the formative status opposition between criticism and reviewing which previously did reviewing such a disservice. And which, as Australian academic Meaghan Morris states, is futile in a context where generic and formal constraints are primary and determining.

Instead of implicitly rehashing status oppositions between reviewing and criticism and highbrow (print) and lowbrow (online) media that are unselfconsciously based on sidelining other forms of expression, a productive critical dialogue around reviewing might also recognise or engage with its particular online manifestations.

Firstly, widespread accessibility to the medium sponsors a democratisation of the form.

When the Stella Prize was established in 2011 to recognise Australian women writers’ contribution to literature they also undertook the Stella Count an annual tracking of the number of books by men and women reviewed in our major newspapers and literary magazines. Far from reflecting a healthy critical climate, the results of the Stella Count demonstrated a huge gender bias towards books reviewed by men.

Secondly, the new forms of online reviewing are interactive. Reviewing sparks a conversation between people who express opinions in their own time and place. The broad-based, interactive nature of amateur reviewing has the potential to undermine literary cliques, which, if the Stella Count is anything to go by, remain implausibly masculinist.

Online reviewing might reject in-depth critical models. At Booktopia, a review might constitute nothing more than filling in an online form comprised of the categories ‘pros’, ‘cons’, and ‘uses’. In this form, ‘pros’ include ‘easy to read’; ‘cons’ include ‘difficult to follow’ and ‘uses’ might just as well include ‘hitting someone over the head’.

Murray maintains that the glut of online book reviewers has popularised a certain type of intimate, personal and affective text. Amateur reviewers favour relatable characters with role-model potential, emotional engagement and gravitate towards books which thematise personal growth. The problem here is whether this translates to a shift towards more conservative subjects and themes that fail to challenge contemporary notions of subjectivity and experience.

Finally, like most places in the world, online book reviewing sites are highly commercial zones. The unpaid labour of Amazon reviewers is used to attract, maintain and bring back consumers to the site, while the intellectual property of reviewer’s work is owned by the corporate giant. Murray identifies a ‘highly lopsided’ relationship between the people writing the reviews and the people earning the money.

The fast-paced, serial nature of interactive TV reviewing or ‘the recap’ speeds up interactions between reviewers, commenters and occasionally artists, making it a key site to examine the thrust-and-parry of online criticism.

The critical capacity of the genre was tested after a recap published on A.V. Club in May 2012 by ToddVanDerWerff in response to series one episode seven of the TV show Girls entitled ‘Welcome to Bushwick a.k.a The Crackcident.’

Girls premiered on HBO in April 2102. Created by 28-year-old Lena Dunham who writes, directs and stars in the show, Girls is considered ground-breaking for its portrayal of less-than-perfect male and female lives.

However Dunham is also the target of enthusiastic and aggressive trolling on A.V. Club recaps and across the internet. It is not unusual for a commenter to decry the fat and ugly state of Dunham’s body, express their refusal to have sex with her and question her right to be on television.

VanDerWerff has recapped 29 of all 30 episodes of Girls to date. His review of S01E07 is a fairly standard 1500-word recap. More unusually it receives 1223 comments.

With personable language and a slightly self-deprecating, slightly self-aggrandising tone, VanDerWerff discusses how the episode has reached a point in the series where a number of threads are coming together; how the show is predominantly focused through the main protagonist’s point of view, which he believes is part of Dunham’s intention to make the character seem unpleasant, although she isn’t always. He praises the long shots of the cinematographer for making you ‘search’ for the characters at certain times, like a kind of identity search.

VanDerWerff’s realist focus and colloquial language encourages readers to comment, opens up the conversation and keeps the advertisers happy.

In this particular recap, a commenter again calls Dunham fat and ugly. (The comment has since been deleted although similar sentiments are easy to find.) This time, however, VanDerWerff jumps back in with an extraordinary comeback posted as a 1200-word comment which can be read at the top of the comments to the recap.

VanDerWerff remarks on the open-door policy at A.V. Club which attracts immature ‘assholes’ who turn the site into a boy’s club and make it unpleasant for women to participate.

He commiserates that the commenter’s way of thinking about women means he’s going to miss out on having some great people in his life.

And he delivers an informal critical manifesto about the collaborative nature of the online critical dialogue, imploring contributors to ‘at least engage the work.’ Here VanDerWerff’s criteria for a productive critical practice is similar to that espoused by Peter Rose when he argues that good critics feel a sense of obligation to the work itself and Suzie Gibson when she maintains ‘what must not be forgotten is the text itself.’ This consensus demonstrates that popular online reviewing maintains critical standards without having to negate the significance of other modes of reviewing. Furthermore, VanDerWerff’s self-reflexivity is part of a methodology that reflects his capacity to deconstruct the masculinist bias of the genre’s origins.

VanDerWerff’s extended comment has so far received 1689 likes. A few weeks after the recap, he published ‘How Girls challenges the masculine expectations of “good TV”’ which inspired another 1851 comments.

Critical dialogue is alive and kicking

It’s ironic that the debate about professional book reviewing in The Conversation proceeds in an online, unpaid medium, but it also illustrates the integrated force of online cultures and their ability to stimulate dialogue.

Online reviewing provides the critical and technical infrastructure for rebuttal and engagement which works both across the arts and the everyday. In this way, by being interactive and accessible yet by still framing a dialogue in a self-reflexive critical practice, the online reviewing mediums such as the recap can be popular, rigorous and pedagogical.

By reaching a broad demographic, online critical debates are not just about preaching to the converted or confined to abstract concepts.

The merging of the critical and the everyday gives more people than in a cultural studies class access to the tools and resources to critique the world around them.

It can be argued that good art is not meant to be healthy, and that while doubt is painful, ignorance is more so. To the degree that critical dialogue both online and off continues to probe how and why knowledge is shaped in a particular way, and for particular interests, critical dialogue may be painful but it is also regenerative.

James Wan's Malignant does well while Nitram is ignored and Lamb bleats from a back paddock.