Screen Australia supports fine feature docs as life is about to get harder for producers.
David Tiley 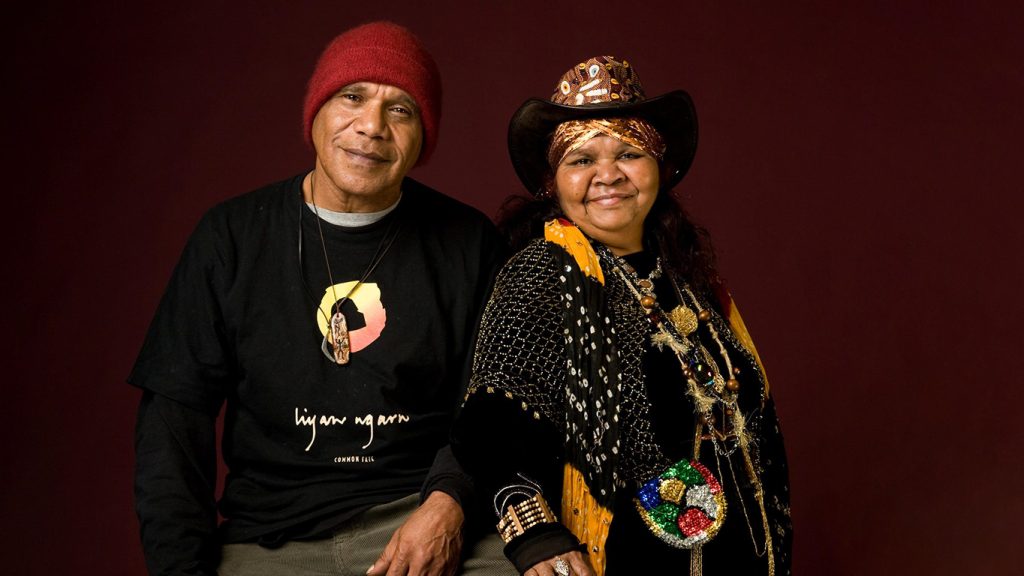 In 2020, the most-watched documentary on Australian television was Freeman, about Cathy Freeman and her heart-stopping Olympic Race. Like the two films about Adam Goodes, the film uses sport to enter the dark side of culture and politics, shifting the drama and emotional passion far beyond the rules of the game to the human struggle to create ourselves and our species.

It was made by French-Australian writer/director Laurence Billiet and the hugely experienced producer Helen Panckhurst in association with Stephen Page and Bangarra. Now, Billiet and Panckhurst are being supported to make The Giants, which embraces another daring emotional challenge, and is one of the recipients of the latest round of documentary funding from Screen Australia.

Here is the synopsis from the Screen Australia announcement of the latest tranche of documentary investment. The film is a ‘cinematic portrait of environmentalist Bob Brown intertwined with the Forest. This film draws on emerging science about trees and Brown’s life of activism to inspire a new chapter in our relationship with trees.’

Simply on a craft level, this is a tough challenge, entwining poetry, science and psychology in the same cinematic gesture. The project illustrates how documentary has the wonderful capacity to walk straight up to our greatest stories and horrors and bring them to life, armed with little more than a plain regard for honesty. Besides this, fiction is just a bunch of people pretending to be someone else.

Madman Entertainment is signed up, continuing its own deep affection for the medium, symbolised by Doc Edge, its specialist streaming service. Film Victoria is committed as well, along with philanthropists through the Documentary Australia Foundation. I doubt whether they needed much convincing.

The whole investment tranche adds up to $2.3 million for ten projects. We should note that some of these projects are already pretty familiar, and are either finished or racing to finish for the festival season.

Network Seven signed on for Nurses, a ten-part series on the staffs of three Sydney hospitals from British owned ITVS Australia. Sixteen series of the venerable RPA demonstrates our national affection for medical reality shows, while 24 Hours in A&E ran for 257 episodes in the UK. So director/producer Lisa Storer, producer Lexi Landsman and executive producers Ben Ulm and Steve Bibb should find a ready audience for this one.

Ronde Media is back at the ABC with series two of Outback Ringer series 2 as Auntie seems to find the smell of sweat and the drum of hooves as irresistible as the commercial networks. However, the ABC is also pushing to be more regional and embrace the bush because the shows are fun and the politics is smart.

Ronde is the vehicle for executive producer Ben Davies, who started on Race Around the World, a format imported from Canada by the ABC and Mike Rubbo to deliberately embrace a (much) younger generation of filmmakers. Rubbo spotted that combination of energy, initiative and broad-ranging skills that led us into videography and shooter-producers and the whole factual entertainment space. Davies soon went on to create Bondi Rescue, mixed with his formal education in production.

Music docs with a sharp edge

Wash My Soul In The River’s Flow has greatness written on its history. It is based on Ruby Hunter and Archie Roach’s concert Kura Tungar: Songs from the River, created in 2004 with Paul Grabowski and the Australian Art Orchestra. Philippa Bateman, so long a backroom developer through April Films and now her front room Enigma Machine is producing and directing. Her attachment to artistic experimentation could add an edge here.

Janine Hosking confronted the political and artistic questions around the career of Geoffrey Tozer in The Eulogy. In Knowing the Score, she is exploring the work and personal experiences of Simone Young, the first female Chief Conductor of the Sydney Symphony Orchestra. Hosking will write and share the directing with Simon Target while Margie Bryant will produce with Jonathan Page as executive producer. The human activity behind the creation of music in complex companies is always fascinating as art crashes into egos, ambition, talent and finance.

Here is an interesting team: Paul Clarke does series about culture and often about music. Martin Fabinyi is a Mushroom insider and Olivia Hoopman makesdoes multitalented cooking shows far from home. These three will be supporting Poppy Stockell in her first feature documentary, John Farnham – Finding the Voice. The extra half hour won’t be hard as she started in documentary with her own personal crusade for love in Searching for Sandeep, which helped to open the doors to deep video intimacy, followed by Nepal Quake: Terror on Everest and Scrum, set around the Gay Rugby World Cup.

Janine Hosking is also financed to make WINX, a film about the world’s most successful racehorse through 2016-17. She is joined by journalist Andrew Rule, who has already written the horse’s ‘authorised’ biography. Hosking is working again with Katrina McGowan, who joined her for The Eulogy. Transmission has the rights and will presumably take a punt on a cinema release. Winx is a beloved animal.

Gloriavale is ‘a feature documentary about the infamous Gloriavale Christian Community and the institutional failures that have allowed one of the world’s biggest and longest running cults to continue.’ That sentence alone is enough to give audiences the creeps. The picture is written, directed and produced by the joint team of Noel Smyth and Fergus Grady, who came into documentary through Camino Skies, about the pilgrim trail in northern Spain.

Grady is a long term sound recordist while Smyth is a cinematographer. Kim Inglis and Richard Fletcher are the executive producers.

Ben Lawrence made an excellent start in the documentary canon with Ghosthunter, which just predated his feature Hearts and Bones, also compelling in Australian festivals. Now he is making Ithaka, about the campaign to free Julian Assange by his father John Shipton along with fiance and legal advisor Stella Morris, with whom he has two children. This turns out to be a family affair which extends to the media community. The producer is Gabriel Shipton, an industry production accountant and a producer on Emu Runner, another festival film by Imogen Thomas and an Indigenous community.

So Gabriel Shipton is half-brother of Assange, and the other producer is Adrian Devant, the brother of Stella Moris and thus [sort of] the in-law of Assange. He has been at times an actor, a puppeteer, a cinematographer and is currently the director of the Lychee International Film Festival which showcases Chinese works in Barcelona. The depths of those associations could be really compelling.

In 2016, Taryn Brumfitt launched Embrace, the documentary flagship for her campaign for body positivity which made $1.55 million in Germany and the US. (The Australian figures are not clear). Now she is taking that movement forward with Embrace Kids, which focuses on the negatived body issues for young people.

Producer Anna Vincent and Bonny McBride lead the team while the executive producers are powerful in their worlds – Natasha Stott Despoja AO, Teresa Palmer and Celeste Barber. Film Victoria is involved along with Screen Australia.