Disney+: the full beast strides into the light

Disney+ releases almost the full list of its (US) debut content. Maybe it wll be just too musty to rule the world.
David Tiley 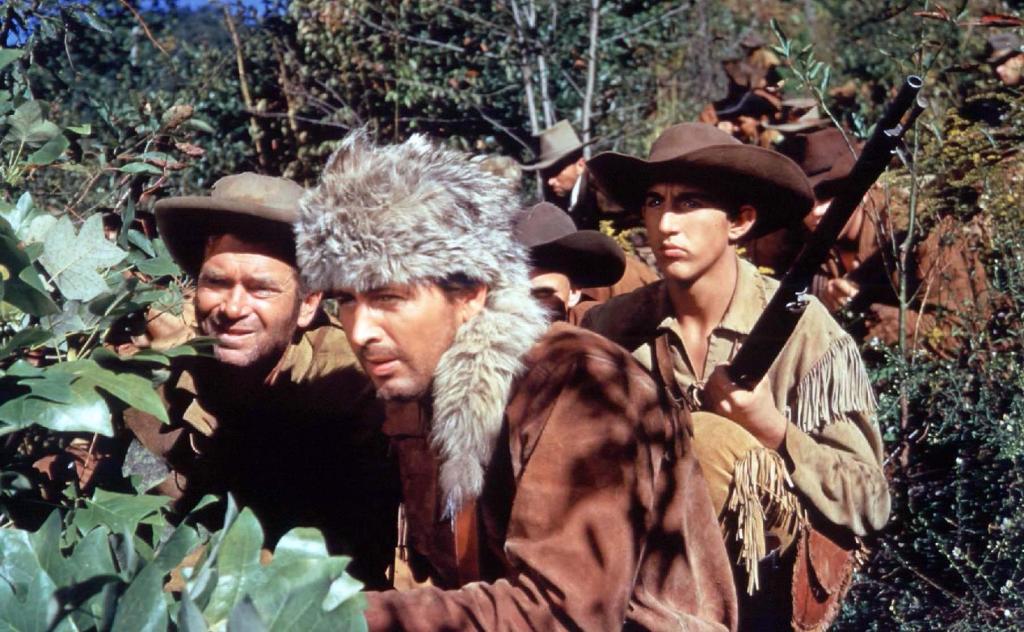 Davy Crockett, King of the Wild Frontier (1955), is getting a new chance to grip the world. Image Disney Publicity.

Everything you believe about streaming on your couch may be untrue. In a year’s time, your favourite heroes may be imperial creations. The Australian government may be at war with the greatest myth-maker the world has ever seen.

Alternatively, you will simply become even sicker of old American animation classics and rant at strangers about how all streamed shows are weirdly the same.

Disney+ has coyly announced almost its full catalogue to be launched in the US on November 12. In Australia, Disney+ will start streaming on November 19. The list has been presented on a YouTube clip which runs for three hours, seventeen minutes and 53 seconds.

A pithier version is filled with princesses, Peter Pan and Poppins:

The Verge has put the whole list up and linked to the enormous Twitter thread that Disney used to put it online.

While this is a vivid illustration of their scale, it doesn’t really show us anything new. Search your brain for any old family flicks and.. here they are. Nothing with subtitles. Nothing really outside the US. Nothing challenging. Not even Kind Hearts and Coronets. Or for that matter any of the fine American screwball comedies which are part of that oeuvre.

What do we learn?

Disney is retrieving all its rights to the property of Disney, Pixar, Marvel, Star Wars and National Geographic. Around the world that will take some time. We are not sure how complete the Australian version will be.

It seems the company will spend US$1 billion on content in 2020, rising to $2 billion as it reaches that 90 million subscribers figure. Those figures are rubbery because you can play ‘choose a division’ to get any results you want. These are for the streaming service; at the beginning of 2019 the whole company was expected to spend US$16.4 billion on non-sports content, most of which goes into cinemas and then to streaming, so Disney’s muscle on future content is much higher than it seems. Of the total USD$107 billion spend by large companies around the world, Disney is said to be spending around one in five dollars.

RBC research pegs Disney as the biggest spender among media giants on content, with a projected $23.8 billion for 2019, or $16.4 billion excluding sports-related properties. Disney’s total spending to fill its pipeline amounts to 22% of the estimated $107 billion in global content spending among the largest media companies. AT&T and Netflix are next on the list with $14.3 billion and $14 billion, respectively, per RBC.

Disney’s power seems awesome when we consider just how much the movies and franchises it now owns are worth in box office. The Mouse company has in its DNA an ability to focus on repeatable content, and these new universes can be viewed again and again by tragics. Most of the content it is about to release did not cost it a red cent, which is a fantastic advantage compared to any other major service.

To get to this point, Netflix had to pump well over US$10 billion into the production sector and is still spending much more than Disney’s projected amount per year on new content.

We have two completely different scenarios which can come from this.

1. Disney creates an avalanche, starves everyone else and rules the world. Deep in debt, Netflix collapses.

2. Disney turns out to be pushing a version of the United States which is narrow, antiquated, uninterested in change, dominated by narcissism and basically boring. It looks like all those formats which seemed to be the heartblood of TV when VHS came out. And failed, slowly and sadly, like a favourite uncle found dead at a bus stop.

In this version, Netflix is driven to internationalise, embrace diversity and do deals about content with countries around the world. With its future pinned to a steady supply of new content, it leans on mid-range budgets spent by companies who know how to control a dollar. In other words, it becomes the home of a global version of Movie of the Week productions. Maybe, just maybe, it learns to stop repeating itself.

Here’s a question: how big does STAN have to be to survive if it learns to punch out excellent local shows while leaving the producers with the international rights?