By combining Nielsen and Oztam figures in January, we encounter the resilience of old-timey television.
David Tiley 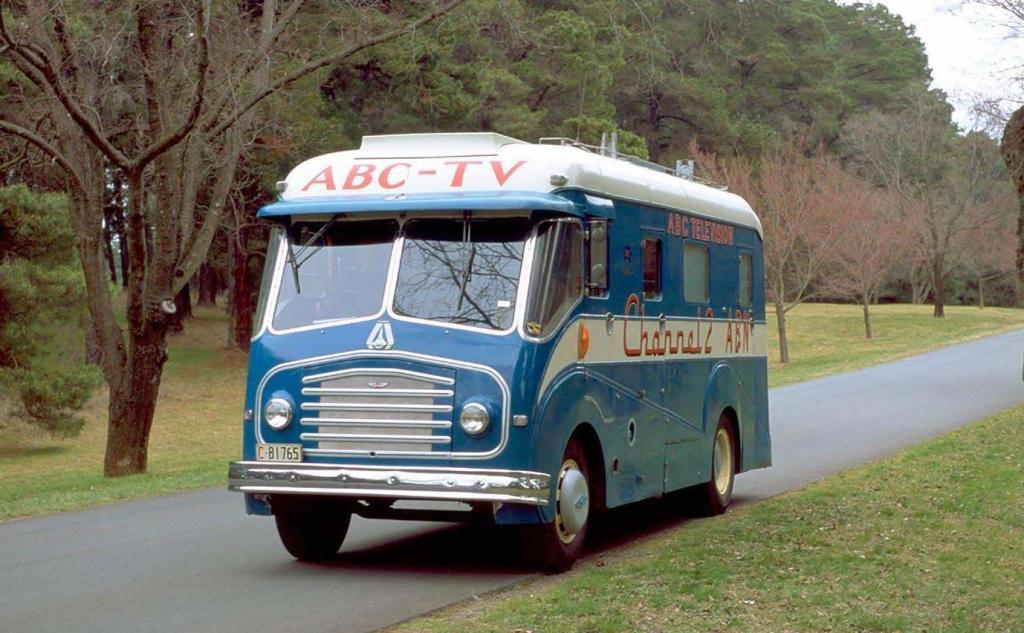 The wheels on the bus go round and round… ABC outside broadcast van, circa 1956, via National Museum of Australia

Audience statistics are a vital tool in the furious battle to defend business models and credibility in our contested media space. It is not surprising that the online figures are important because they signal changes in the relationship between us and the wider world. Now this has become a crisis in truth and customary conduct.

According to Nielsen, the ABC had 11.2m unique audience members on its news website in January 2020. This put the ABC at the top of the leaderboard, in a month when trustworthiness seemed to matter. We had fires, floods, droughts, fights with governments and a viral epidemic.

How much does this tell us about the value of truthiness in our current political context? First, the ABC won hands down with news.com.au next with around 700,000 less at 10.5m. Nine and Seven were neck and neck on 9.34m, the Daily Mail (Australia) had 8.8m, soundly beating the Sydney Morning Herald on 8.03m, with the Guardian nearly 1.5m down on that with 6.5m.

The Rural Press did 5m, and then The Age was on 4.3m. Are Age clicks counted as part of the SMH?

The ABC had the power of both its local and international networks, the commercial FTA networks has long experience in holding audiences, and the Daily Mail is prurient and unscrupulous.  I would guess The Guardian wants more, though that figure is pretty good for a recent import.

There’s a darker message in these figures if we think about their trustworthiness. In July 2019 Roy Morgan revealed that 93% of the population trust the ABC. A year earlier, the ABC’s own research said that,

What happens when we look at those January figures in terms of the same broad clumping used in the research just quoted?

Let’s create a category called non-profit, which obviously contains the ABC. SBS is an honourary visitor but was too small to make the list. The Guardian belongs here because it sells advertising but uses subscriptions and is owned by a trust so all the revenue serves the communications mission. This means that 17.7m unique visits to news sites in January went to a non-profit site.

The alternative is for-profit commercial media. If we bundle those together as a category, we discover that the for-profit number of visits comes to 56m, or around three times as much.

Which all goes to suggest that truthiness is a pretty subsidiary value for most audiences.

To get a sense of relative proportion, the consolidated 28 day network ratings for FTA television for January 15 put Seven on 27%, Ten on 24%, Nine on 23%, the ABC on 14% and SBS on 11%, all in rounded numbers. Again, 74% of the total audience was watching commercial television and 26% were on the national broadcasters.

That figure is still under The Project, which was number 20 on the actual night wth 280,000 viewers.

If we divide those 11.8m unique visitors to ABC news each month by thirty we end up with about 400,000/day.

So we can (sort of) conclude that

– the biggest way in which ABC was consumed was still on FTA television, which had half as many contact points again each day. And we are not even talking about radio.

We are Social has an interesting report presenting a global digital overview for 2020. In the summary is one truly chilling fact:

Even more worryingly, research from GSMA Intelligence suggests that more than half of all women living in India today are unaware of the existence of mobile internet.