It's possible to view the best of this pared-down program and not see a single film by a man. Critic Adrian Martin enjoyed a broad sample.
Adrian Martin 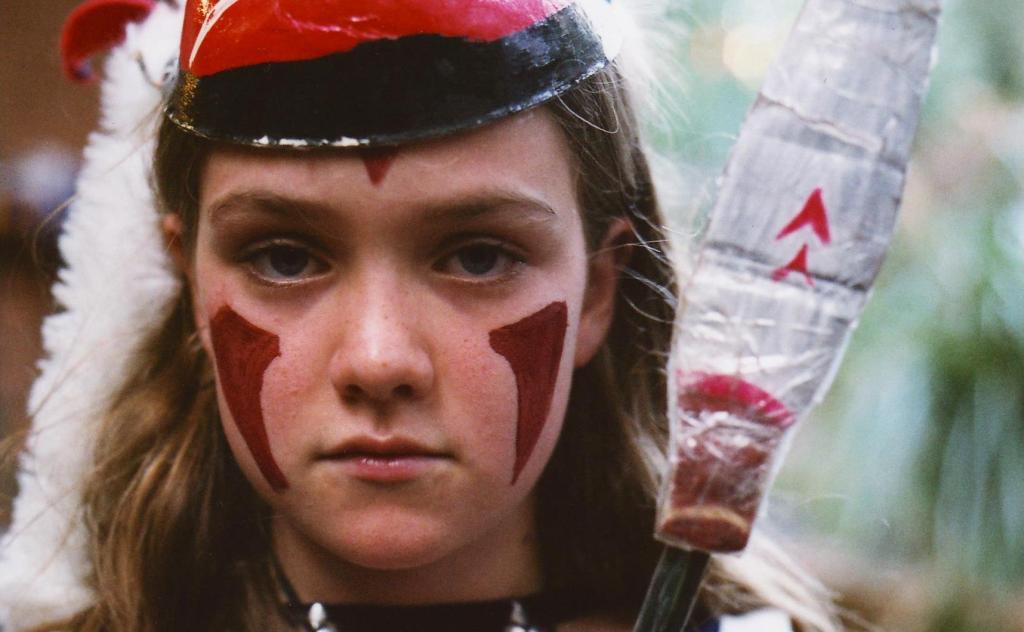 Long in the making and not to be missed is Kathy Drayton’s The Weather Diaries. Image via SFF.

The pre-lockdown film festival format is slowly beginning to return to the world – Bologna’s famous annual Il Cinema Ritrovato event has, for instance, rescheduled itself to August 25-31 – but we are all poised to see whether some changes will be longer lasting in their effects. The odd media spectacle of Cannes ‘blessing’ the list of films it would have premiered is the first sure sign that likely major items on the festival circuit (from Wes Anderson’s The French Dispatch to Leos Carax’s musical Annette) are, so far, holding themselves back from the public and lying in wait for the best post-Cannes opportunity in the cinema calendar.

More directly relevant to this year’s all-online Sydney Film Festival (SFF) was the run-up event of We Are One, the ‘global film festival’ that ran from 29 May to 7 June. This collaboration of many festivals (SFF included) was a strange affair, with no clear, overall curatorial strategy: a smorgasbord of films sometimes already well known, widely commented on and generally accessible. This initiative definitely lacked the allure of any of those would-be Cannes premieres.

One can flip that assessment, however, and argue that We Are One offered at least a glimpse of what a new kind of film festival could be: more emphasis on shorts, animation, experimental work and documentaries than on the usual showcased features; better representation of women directors and people of colour; more ‘extras’ in the form of video interviews and master classes – doubtless much better than the usual mumbled ‘Hi, I hope you like my film!’ intro for which filmmakers are flown around the world. And it is exactly this sort of positive cultural spin that SFF is pushing for with its own event running between June 10 and 21.

The programming is very pared down: only four strands, ‘Documentary Australia Foundation Award’, ‘Europe! Voices of Women in Film’, ‘Dendy Awards for Australian Short Films’ and the Screen NSW initiative ‘Screenability’ (a package of three shorts centred on disability). Across the board, those ‘voices of women’ are paramount; it’s easy (and instructive) to navigate a quite large selection of the best in this catalogue without seeing a single film by a man!

Read more: Bringing it all back home: a cinephile’s reflections in lockdown

Australian women who have worked across various shadings of short, experimental and documentary work receive welcome prominence in the SFF selection this year. I am a fan of the work of Allison Chhorn, hitherto little-known outside a small gang of specialist cinephiles: her film The Plastic House (in the documentary strand) offers a skilful, poetic, suggestive weave of images and sounds from the daily, arduous ritual of maintaining a greenhouse. (Simultaneously, another impressive piece by Chhorn, The Plague, is viewable as part of the ongoing Prototype project.

The Plastic House offers a skilful, poetic, suggestive weave of images and sounds from the daily, arduous ritual of maintaining a greenhouse.

Karen Pearlman, whose artistic career has spanned everything from dance to an indispensable textbook on film editing (Cutting Rhythms), completes an ambitious, lively trilogy on Russian women in the ‘Soviet montage’ period with I Want to Make a Film About Women (in the Dendy Awards section). The 12-minute film recreates, in a suitably stylised way, the close-knit circle of creative women including montage master Esfir Shub. These are ‘cultural workers’ who literally turned their kitchens into laboratories for inspiring, revolutionary art. Where Chhorn likes to linger and explore, Pearlman packs everything in tightly, kinetically; their films make an exceptional study in contrasting styles.

Kathy Drayton is a filmmaker who, about once a decade, pops up on my viewing radar: I vividly recall her Eat (1988) from experimental film events of the time, and in the mid 2000s her superb documentary on photographer Carol Jerrems, Girl in a Mirror, achieved a theatrical release. Her new film, The Weather Diaries, long in the making, should not be missed. It is an intimate chronicle of two simultaneous histories: one the one hand, the darkly cataclysmic effects of climate change and, on the other hand, the development of Drayton’s daughter, Imogen Jones, from child to adult. Special connections between these threads are drawn: the teenager’s alienation at school and her pursuit of personal musical expression as Lupa J is crossed with the account of a peripatetic, menaced colony of flying foxes. The film strikes a hard-won balance of optimism and pessimism, fear and hope, melancholia and illumination.

From what I was able to preview of it, the European selection is not as strong as these local works. Curiously, Amanda Kernell’s Charter from Sweden resembles a more mainstream type of Australian cinema, far removed from the innovations of Chhorn, Pearlman and Drayton. A somewhat heavy-handed tale of a former couple’s custody battle over two kids, Charter trades in stark contrasts (city versus snowscape), strained feel-good moments (family karaoke to the tune of Meat Loaf!), and a tendency to what Bob Ellis once proudly called ‘recessive’ drama (raising, but then walking away from, intriguingly melodramatic possibilities).

I have almost always found SFF’s programming to be, in general, less adventurous than its Melbourne counterpart. The Swiss drama My Little Sister, co-directed by Stéphanie Chuat and Véronique Reymond is what I think of (fairly or not!) as a model SFF selection: conventional, tasteful, well-acted (by German stars Nina Hoss and Lars Eidinger), full of noble sentiments (how to cope with a sibling’s illness), uplifting, and with some nice classical music (Brahms) on the soundtrack. In other words, the kind of movie that’s a cinch for subsequent, mainstream arthouse release in Australia, and/or a berth on SBS.

Zana, on the other hand, is the real discovery of SFF’s European selection. Not to be confused with Lucrecia Martel’s Zama (2017), this Kosovan film, the first fiction feature from documentarian Antoneta Kastrati, dwells in an uncanny zone between several different genres. It begins, seemingly, as a typical Eastern European film about the problems of daily marital life in a small village: Lume (a brilliant performance from Adriana Matoshi) is having problems getting pregnant. She sees a few doctors, and ultimately a ‘celebrity healer’ who is popular on local television. Gradually, there are hints of horror – flashes of dream apparitions tied to the history of the war in the region at the end of the 1990s. But this is not a simplistic ‘personal is political’ allegory; there are deeper mysteries that indict an entire social fabric. Zana, among the best films of the year, is one to catch.

Short films funded on the basis of a central, shared element or theme can often be a dicey proposition. The ‘Screenability’ program, however, largely succeeds. The three films do exactly what you want them to do: presenting disabled characters in a bold, involving way. But they also do more, investigating different genres and styles that break the typical, often patronising, sympathetic-empathetic gaze that is too frequent in movies of this subject, with their tired old refrain of ‘they’re just as human as you or me!’.

Genevieve Clay-Smith’s Groundhog Night is written by its star, Emily Dash: it’s a very Australian family-trouble story with a refreshingly rude sense of humour. Adam Bowes, too, takes co-directing credit (with Nina Dyama) on Diving In; he plays Alex, a nimble teenager who has to overcome a string of prankish obstacles on the path to asking out his dream-girl Jen (Isaro Kayitesi) on a date. This fast-paced comedy vignette is reminiscent of the best scenes of TV’s Sex Education, and it shares with that series a straightforward, natural code of inclusivity and diversity.

Groundhog Night is written by its star, Emily Dash: it’s a very Australian family-trouble story with a refreshingly rude sense of humour.

The best of this package, for me, is Anthea Williams’ Safety Net. Terry (William Best) is a ‘difficult’, demanding type of child who – as he indelicately puts it – has to be looked after ‘when their parents are in jail’. We observe, in this compactly drawn story, two very different carers and their ways of dealing with Terry. Where Brian (Steve Rodgers) believes in stern discipline and even a touch of physical violence, Chris (Nikki Shiels) struggles to establish some bond of mutual understanding, however fragile and fleeting, with the young teeanger. Safety Net made me want to see a future feature film from Williams; I hope the prospect is not too far away.

The Documentary Australia Foundation Award for Best Australian Documentary and the Dendy Awards for Australian Short Films will be announced  at Sydney Film Festival’s Virtual Awards Ceremony on Thursday, 18 June.