SBS keeps doing inventive and lean under the policy radar but the pandemic will force it to confront an ugly finance problem in public.
David Tiley 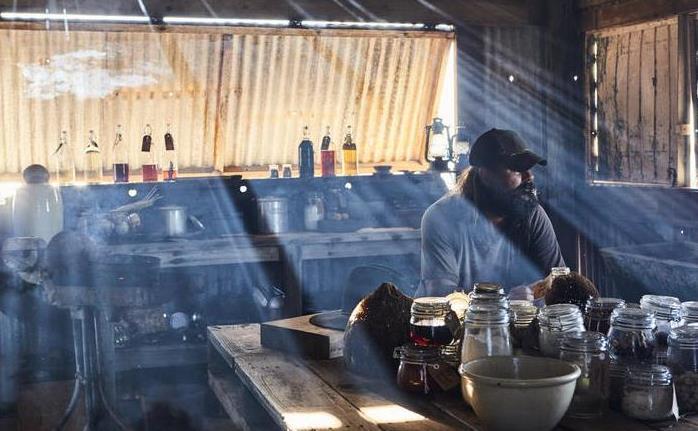 Warwick Thornton in The Beach, innovative television from SBS and NITV. Image: SBS

A year ago, SBS management gamed out a pandemic. According to Marshall Heald, Director TV and Online Content, the plan lasted for about twenty minutes when reality struck.

The future turned out to be unimaginable, but now the idea of a broadcaster running remotely, dealing with the loss of sport, thriving on news and current affairs, and sharing the benefits of a trapped audience is completely natural. The fuzzy images, odd freezes and glitches in the Facebook stream of his conversation with SPA CEO Matthew Deaner just seem like a bit more colour and movement.

In an accident of timing and poverty, SBS did not have to shut down any productions, but it did have to pivot sideways to create a substantial amount of COVID information material in both television and radio in a huge variety of languages.

Suddenly we see why public interest broadcasting is so important as we create a national response to a plague.

There is also something really poignant about NITV at the moment, which represents the single most vulnerable group of communities in the entire country, now moving to the honour it deserves, carrying in a sixty thousand year history the most appalling story of plague imaginable.

The real problem for SBS is not the strange production conditions but the need for advertising. As a hybrid broadcaster it gets around a third of its budget from ‘the sale of goods and the rendering of services’. In the last annual report that was $145m.

‘It’s not having any impact on us from a content point of view right now’, he said. ‘We are a really lean and efficient organisation’.

‘As a hybrid organisation we are certainly not immune from any type of advertising downturn and my advertising colleagues tell me it is the most difficult advertising market in living memory. And brand are obviously running very, very short. But we did come into the pandemic in very strong shape so it is too early to tell.

‘We are working very hard to maintain our commercial revenue, we’ve found a whole bunch of savings internally as everyone has. Staff have gone on annual leave and we’ve made the difficult decision to pull a whole bunch of marketing campaigns. But at this point in time the slate remains intact and we continue to look for new shows.’

As Deaner pointed out, SBS has a unique relationship with feature films in the local television sector. The World Movies channel went from subscription on Foxtel to free-to-air and is doing well. The broadcaster has a three picture deal to support new features with Screen Queensland, which is seen as a breakthrough.

‘Now that we have the World Movies Channel,’ said Heald, ‘we’re very interested in trying to work out how we can play a greater role within the local film industry, generally, whether that’s working together with festivals and other kind of bodies to make sure that you know content is both made locally and seen by audiences.’

That is a very broad sketch which must be tickling the desires of many different organisations.

‘We now have five channels which are largely genre focused and on demand so we have increasingly become niche around genres which are key to our brand. We are working with a lot of local indies to make [material like food shows] and NITV is very important and we work together with Vice.

They focus on kids for NITV, and do internal co-pros like The Beach with Warwick Thornton and are doing more shows which work across the entire portfolio. As expected they are emphasising younger audiences though they have no interest in children’s TV beyond NITV.

Through COVID they have seen their audiences climb about 65% after a surge to news and language material, with a longer move into entertainment reflecting the figures in the entire sector. But, said Heald, ‘Free to Air television still accounts for more than 90%’of viewing. So while On Demand is growing, in terms of reach and total consumption, Free to Air is still number one.

While the debate about the future of regulation is moving relentlessly forward underneath the pandemic, Heald emphasised that SBS is not bothered by the old accusation that government television is inefficient. ‘Because we are an extremely efficient kind of broadcaster, you know, money that was given to us to invest in local content would go straight out the door to the independent sector. I’m really confident that you know more than 95% of any money we were given would go straight out the door to the community to make shows for us.’

Beyond the general agreement that the Options paper is critical to the debate and unity is good, he had nothing to say about the role of regulation in the streaming sector, even though SBS must understand its perspective pretty well. But then, on such a divisive topic, public discretion is the better part of confidential valour.

We have to wonder what the government will think about the SBS advertising revenue problem just when the commercial TV channels are bleeding so theatrically on the carpet about losing ad sales to other players. Only one of which is directly propped up by the government.