We predict the Oscars 2020 winners

If anyone can pick a winner at the Oscars, Grace Boschetti can. Even better, she has a sense of injustice and does not hold back.
Grace Boschetti 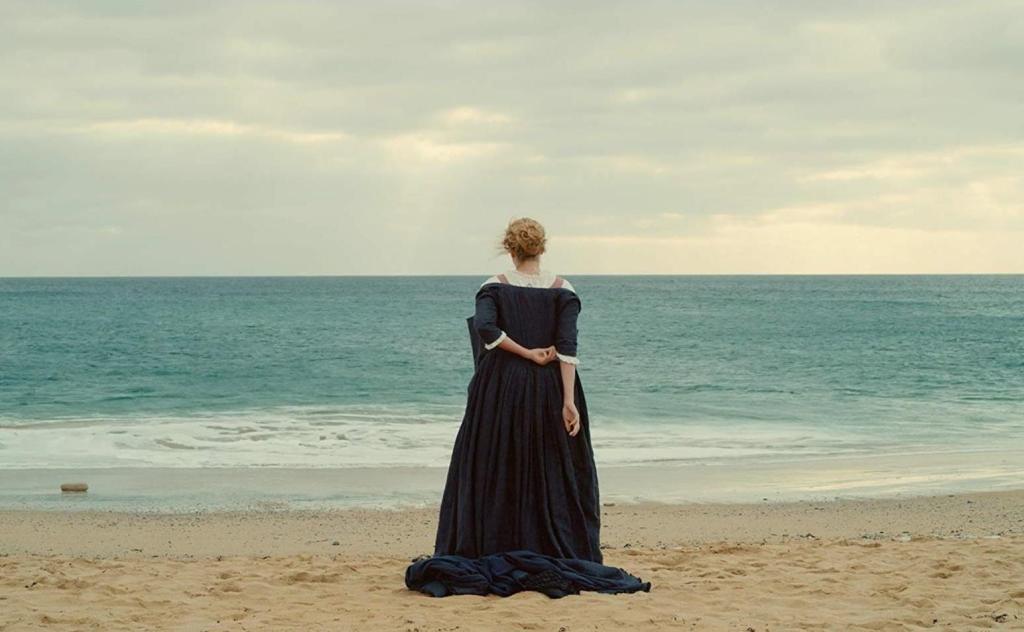 First things first, as far as I’m concerned, the 2020 list is a strong line-up of contenders.

Speaking as someone who invests entirely too much time and energy into following awards season each year, I am satisfied with any set of nominees in which the films that I genuinely love outnumber those that make me want to tear my hair out.

Once Upon a Time in Hollywood

The (excellent) Palm d’Or winner Parasite has six nominations while the (not so excellent) Venice Golden Lion winner Joker leads the tally at 11. But Parasite’s major wins at the Writers Guild and Screen Actors Guild suggest it has a real chance of coming away with the win.

To do so it will have to do what Alfonso Cuarón’s magnificent Roma could not; overcome the ridiculous bias against non-English language films to become the first ever foreign language winner.

On the other hand, Parasite faces formidable competition in the form of Sam Mendes’s 1917, which so far has already taken the top award from the Directors Guild, Producers Guild, BAFTAs and Golden Globes. Quentin Tarantino’s Once Upon a Time in Hollywood, which won the Critics Choice Award and the Golden Globe for Best Motion Picture Musical or Comedy, is also not entirely out of contention.

Ultimately, I suspect that Parasite will fall just short to 1917. If it does pull off the upset, it will be one of the most inspired wins ever. However, if it doesn’t, 1917 is still a real achievement with a greater emotional complexity than a lot of people are giving it credit for. It would absolutely still be a major upgrade from last year’s winner Green Book.

Should Have Been Nominated: The Farewell

Quentin Tarantino – Once Upon a Time in Hollywood

Having already won the BAFTA, Golden Globe and Directors Guild Award, the Oscar is pretty much Sam Mendes’s for the taking. Until this year, Mendes had not been nominated since his win for directing American Beauty 20 years ago. It is somewhat surprising to see him so close to taking his second Best Director award up against bigger names like Scorsese (who has also only won once) and Tarantino (who is still yet to win), but it is also not undeserved.

It must be noted, much of the coverage around this category has centred around the lack of female representation. Overall at the Oscars this year, female nominees make up 31%; the highest percentage in history and yet still less than a third of the annual total.

No female directors are nominated even though the Academy had a bumper field from brilliant women like Lulu Wang, Marielle Heller, Céline Sciamma (whose Portrait of a Lady on Fire, is, as far as I’m concerned a better film than any that are actually nominated), Joanna Hogg, Olivia Wilde, Lorene Scafaria and Jennifer Kent.

Should Have Been Nominated: Céline Sciamma – Portrait of a Lady on Fire

Leonardo DiCaprio – Once Upon a Time in Hollywood

Joaquin Phoenix is undeniably one of the best actors of his generation. His work in the likes of Paul Thomas Anderson’s The Master and Lynne Ramsay’s You Were Never Really Here is astonishing.

Unfortunately, his performance in Joker, which has already earned him the Golden Globe, SAG award, Critics Choice Award and BAFTA, on the way to an inevitable Oscar win, can’t compare. It is a prime example of a widely held penchant for equating the ‘most acting’ with ‘the best acting’.

In this category, I was far more impressed with Antonio Banderas’s beautifully nuanced turn in Pain and Glory and Adam Driver’s towering work in Marriage Story.

I also do think it’s a shame that Adam Sandler was never more than a fringe contender for his very good and very funny Uncut Gems performance (which you can now watch on Netflix!).

Should Have Been Nominated: Adam Sandler – Uncut Gems

Much as with Best Actor, (and indeed, Best Supporting Actor and Actress), this category is thought to be pretty much sewn up, with one contender having taken the four major precursor awards.

I might have a slight personal preference for both Scarlett Johansson in Marriage Story and Saoirse Ronan in Little Women (who has now been nominated four times at only 25 years of age!), but certified frontrunner Renée Zellweger is genuinely great in Judy and will make for a completely fine Best Actress winner.

However, there is a larger issue at play with this category that needs to be addressed.

In the lead up to the nominations announcement, there were thought to be four women of colour in contention in this category; Lupita Nyong’o for her haunting dual performance as a seemingly ordinary woman and her menacing doppelgänger in Jordan Peele’s Us, Awkwafina as a sensitive, young Chinese-American aspiring writer in The Farewell, Alfre Woodard for her role as a psychologically scarred prison warden in Clemency and Cynthia Erivo for her role as slave turned abolitionist Harriet Tubman in Harriet.

This was disappointing, but not at all surprising. As is well outlined in this article by The Guardian, non-white women are rarely recognized at the Oscars, but when they are it is almost always for playing slaves, maids or criminals. Which is just…. beyond depressing.

Should Have Been Nominated: Lupita Nyong’o – Us

Tom Hanks – A Beautiful Day in the Neighborhood

Brad Pitt – Once Upon a Time in Hollywood

This is the category of absolute legends. Clear favourite Brad Pitt is, at 56, is both the youngest nominee and the only one to not have previously won an acting Oscar (although he is already a winner for producing 12 Years a Slave). For each of the other four, it has been rather a long time between drinks. Hanks has not been nominated since 2001, Hopkins since 1998, Pacino since 1993 and Pesci since 1991.

In an ideal world, Parasite’s Song Kang-Ho would absolutely have been deserving of a nomination, as others have argued.

A performance I’d like to highlight which, unfortunately, didn’t gain much awards traction, is Jonathan Majors in The Last Black Man in San Francisco; wonderfully nuanced, empathetic work in one of the most beautifully crafted films of the past year.

Should Have Been Nominated: Jonathan Majors – The Last Black Man in San Francisco

Laura Dern is practically a lock for her first Oscar win for her incisive turn as a divorce attorney in Noah Baumbach’s Marriage Story. This is good. Australia’s Margot Robbie made it in, as did British ingénue Florence Pugh. All good.

What’s not so good about this category is the surprise exclusion of Jennifer Lopez. It felt mean-spirited; a deliberate rejection from the club.

Once Upon a Time in Hollywood – Quentin Tarantino

Now that it has consolidated its win at the Writers Guild Awards by winning the BAFTA for Best Original Screenplay, Parasite looks very likely to take this category.

As a potential competitor, the lights have dimmed for Marriage Story of late. Knives Out and 1917 make the screenplay spotlight, despite the predictions of most pundits who thought the script for 1917 was not a positive in the hunt for Best Picture. I would say that Once Upon a Time in Hollywood does definitely still have a chance, but it’s growing smaller by the day.

Possible Spoiler: Once Upon a Time in Hollywood

Should Have Been Nominated: The Souvenir – Joanna Hogg

Jojo Rabbit, though far, far less critically acclaimed than fellow contenders like The Irishman and Little Women, has this season’s most charismatic campaigner in the form of writer/director Taika Waititi. In this case, that looks to be enough for it to walk away with the win.

While it was sold as an anti-hate satire, Jojo Rabbit is essentially a sweet, inconsequential coming of age dramedy. It managed to solidify itself as a serious threat in this year’s Oscars race when it won the People’s Choice Award at the Toronto International Film Festival back in September.

Personally, I am still hoping for an upset from Greta Gerwig’s Little Women, which did manage to triumph over Jojo at the USC Scripter Awards, but I’m certainly not holding my breath.

Should Have Been Nominated: A Beautiful Day in the Neighborhood – Micah Fitzerman-Blue and Noah Harpster

Only seven women have ever been nominated in this category. Three have won. Barring an upset from 14-time nominee Thomas Newman, Joker’s Hildur Guðnadóttir looks set to bring that tally to four.

However, for me personally, the best film score of the year actually came from a different female composer; Mica Levi for the overall criminally overlooked Monos.

Should Have Been Nominated: Mica Levi – Monos

Once Upon a Time in Hollywood – Robert Richardson

1917 is winning this, and for good reason. Roger Deakin’s camerawork is genuinely remarkable. The other standout is Jarin Blaschke’s black and white cinematography on a tiny US$4m film.

In terms of films that weren’t nominated, I do find it frustrating that Little Women was never taken as a serious contender in the category. It definitely should have been.

I would also just like to take this as opportunity to say that I wish Portrait of a Lady on Fire had have been an across the board contender. Its cinematographer Claire Mathon (who also shot Mati Diop’s Atlantics) should absolutely have been nominated here.

Should Have Been Nominated: Yorick Le Saux – Little Women and Claire Mathon – Portrait of a Lady on Fire