We pay tribute to just some of the screen workers whose lives embody part of our sector's long and winding history.
David Tiley 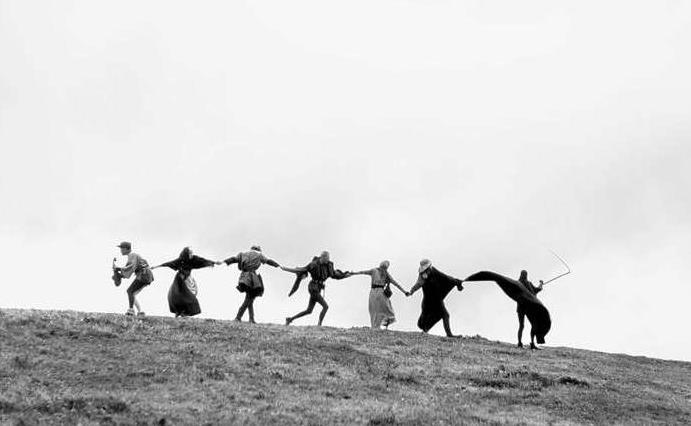 Remembered for her integrity and generosity as much as for her long stage and screen career, the actor Anne Phelan died in October, aged 75. An accomplished actor, a proud unionist, activist and a champion of the performing arts, Phelan was a popular face on television, her career spanned six decades including roles on such programs as Bellbird (her break-through role), Matlock Police, The Harp in the South, Blue Heelers, Winners & Losers, and as ‘top dog’ inmate in the TV series Prisoner.

The sudden death of the Indigenous actor, while on tour in Edinburgh (Scotland) in August, shocked the sector. The 52-year-old performer was on stage with The Secret River at the Edinburgh International Festival, when she suffered a severe asthma attack. Lawford-Wolf was a Wangkatjungka woman born at Christmas Creek Station in the far north Kimberley region of Western Australia. She trained as a dancer at the Aboriginal Islander Dance Theatre, then continued to perform professionally with Bangarra Dance Theatre, as she built an impressive stage and screen career. She is well known for her performances in Rabbit-Proof Fence (2002), Last Cab to Darwin (2015) and Mystery Road (2018), among others.

‘Witty, thoughtful, totally self-confident, a champion both of popular culture and serious criticism, a citizen of the world and a walking bag of us, Clive James has finally gone silent,’ writes Screenhub editor David Tiley. A poet, writer, TV host, reviewer and climate sceptic – James wrote his own his obituary and had a career that bridged Australia with Britain and the world’s primetime TV screens and tabloid newspapers and publishers.

Miles Franklin-winning novelist Andrew McGahan, died at the early age of 52 in October. Sadly, he passed before seeing his final novel The Rich Man’s House published. It will be his seventh novel. In 1991 his first, Praise, won the Vogel Award, and his fourth, The White Earth, won the Miles Franklin. He also wrote four young adult novels in his Ship Kings series, and the script for the film of Praise, for which he won an AFI award.

Known to generations as the smiley enthusiast in the black glasses who cared so hugely about American cinema, Bill Collins was much more than a presenter and curator. He was a besotted historian, a genuine critic, a writer and journalist and an off-screen teacher about the medium. According to Screenhub, ‘For those of us who felt the great rush of cinema early, he taught us that Hollywood was as much fun as Montmartre, that Ginger Rogers singing and dancing in a make believe street was as grand and wonderful as Max von Sydow on the road to death or Mifune fighting on his knees for the peasants he loved. He broadened the tastes of the Australian cinema renaissance, or at least encouraged an adventure into national make-believe.

After starting in the arts bureaucracy, Marena Manzoufas helped build the national multiculturalism policy, which fed into SBS and changed our approach to culture. She pioneered the use of subtitles, became deputy program director, moved to the ABC as Head of Acquisitions and ABC International. There she was indefatigable, a familiar figure at the markets, a lucid and calm advocate of her working philosophy, slowly dragginng Auntie global. After a stint at Beyond she was welcomed back to the ABC as Program Director for Television.

Though she was comfortable in public and a huge consumer of culture, she was a consummate background force. She was a true maker of modern Australia.

A completion guarantor and documentary expert for bonding company Film Finances, Jenny Woods patrolled the factual sector between 1993 and 2016. Jenny’s contributions to the industry were many and varied. Beginning her career in Melbourne as a producer on TV commercials for Fred Schepisi and Tim Burstall, Jenny was soon working in production on films such as Mad Dog Morgan, The Devil’s Playground and The FJ Holden.

She moved to Sydney and took on the General Manager role at the New South Wales Film Corp where she supported independent films like My Brilliant Career, The Night The Prowler, Careful He might Hear You, The Odd Angry Shot and Newsfront, for ten years. Over the course of her time at Film Finances, Woods handled the bonds for hundreds of independent documentaries. Her work supported the health and sustainability of documentary filmmaking Australia-wide.

Somehow John Richardson embodied 16mm film, and still owned a Steenbeck editing bench when he died, along with a garage full of modest but effective films which made up a different kind of filmmaker’s life. He started in the ABC and built Kestrel Films as an educational and corporate film destination, bouncing from gritty pictures on housing policy to helicopter aerials for BHP. He almost rode a classic entry route into film, except sponsored films never had the money to be made in TVCs. However, he hung out all his working life for independent drama, and eventually made the feature film and TV series of Dusty,  Cameraperson Kevin Anderson wrote his obituary, with David Gregg and said, ‘across the years Kestrel provided a great training ground for generations of industry professionals, many of whom are still working in the industry. John was once asked how he wanted to be remembered and he replied “As a good businessman,” and he managed to keep Kestrel going through often tumultuous times by modernising and streamlining as needed.’

He was never a hero, but always a filmmaker, from an era even before 10BA.

Known as an independent filmmaker with a deep love of deserts and sheer sweaty work, John Moore produced and sometimes directed a string of documentaries which picked at national myths and moments of deep change. He worked for the Pram Factory, ran the documentary effort at Open Channel for a decade or so, set up production companies and mentored a newer generation.

It was only at his funeral that the various parts of his life came together. He had been a gun rock climber for most of his life, a man who walked the earth until his boots collapsed, and a wonderful fixer and maker for whom no crappy detail was too small and no obstacle unscalable. He embodied that great truth about death – that you don’t know your friends until they die.

Maneuvering quietly out of a migrant childhood in an industrial suburb, Martin Armiger took the musical talent embodied in his whole family and turned it into a passion to share. After a decade or so as a rock musician he became a screen composer and arranger with a long list of credits, even writing a new sting to introduce the ABC News. Most importantly to everyone else, he was a gifted head of composition at AFTRS who taught almost a whole generation of screen musicians.

He dealt with his mortality with grace, and died in his final home in rural France, too soon after building a centre for musicians and writers with his wife, the writer Maureen O’Shaughnessy.