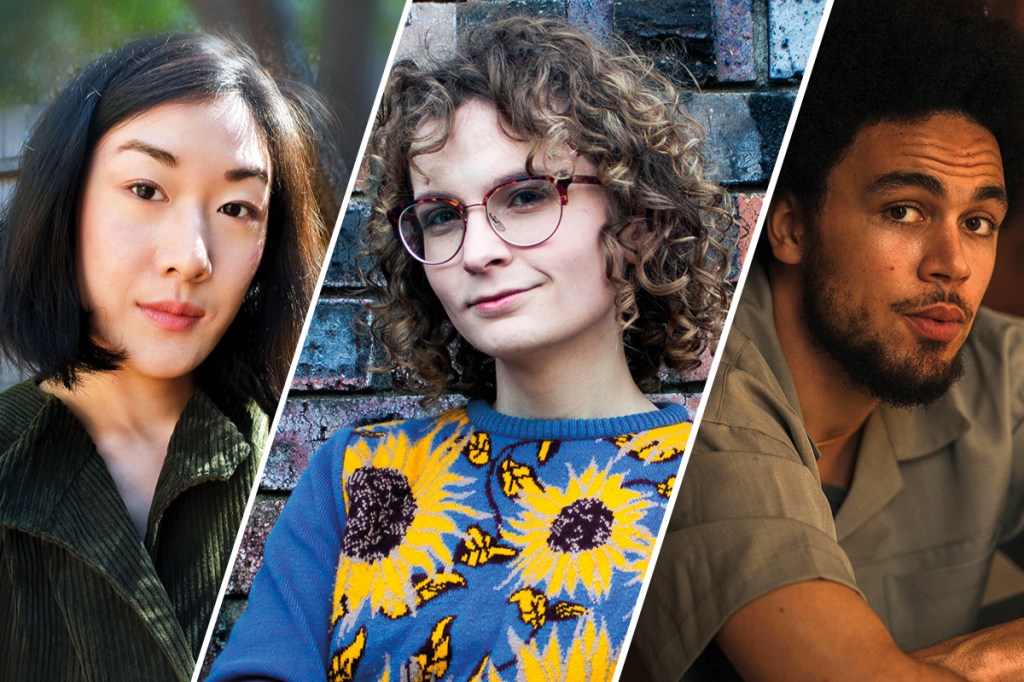 Screen Australia and Australians in Film (AiF) have announced the five finalists of the Untapped program, a talent development scheme designed to support underrepresented talent in the Australian screen industry. They were chosen from a competitive field of over 700 applicants to take part in the inaugural year of the program, which offers international industry opportunities to its finalists.

AiF Executive Director Peter Ritchie praised the finalists: ‘With the diversity of their lived experiences and fresh approach to storytelling, they represent an exciting and vibrant creative intersection coming out of Australia, a country that has been celebrated for its auteur writer/directors, actors and other screen creatives.’ He continued, ‘We are beyond thrilled to be able to open the doors to the business in Los Angeles and guide them through the next phase of the Untapped program.’

The finalists include Igbo-Australian writer-director Kalu Oji, who recently reviewed My Name Is Gulpilil for Screenhub. Last year, he wrote a powerful reflection on institutional racism that discussed the lack of diversity in the Australian film industry, and called on filmmakers to help build a world where ‘the next generation of black and brown kids growing up in Australia may learn their pride as easily as their ABCs.’

READ: From Now till Then: a brief reflection on institutional racism in the film industry

These five finalists and their projects will now join the inaugural Untapped Development Lab, which offers individualized mentorship, story consultation, creative feedback and professional development with executives from Made Up Stories, LuckyChap Entertainment, See-Saw Films and Truant Pictures.

The program, which was launched in April, has ambitious, practical outcomes: through a partnership with the Hollywood Foreign Press Association, these five filmmakers will be connected with Oscar- and Emmy-award winning production companies, who will provide further development and pipeline feedback, with the ultimate goal of developing their work for a global market.

Here are the Untapped finalists and their projects:

Amidst the downfall of his longtime shoe business, Azubuike’s son, Obinna, flies down to Melbourne for the summer holidays. With familial pressure mounting and news that his rent is being raised yet again, Azubuike’s hopes of recovery spiral further into decline; the growing stress placing a steep wedge between father and son. When Azubuike loses a family member back in Nigeria he is pushed to reflect, realizing that the most important decision may still lay ahead of him.

Kalu Oji (VIC) is an Igbo-Australian writer, filmmaker and visual artist based in Naarm/Birraranga. His work primarily explores notions of identity, in particular the African-Australian experience. Kalu graduated from the Victorian College of the Arts in 2018 with a Bachelor of Fine Arts (Film and TV).

His graduate film, Blackwood, screened at the BFI London Film Festival, Palm Springs Shortfest, and Chicago International Film Festival, and picked up multiple awards, including the Filmmaker to Watch Award (Atlanta Film Festival), Luggi Waldleitner Award for Best Screenplay (Filmschoolfest Munich) and Best Cinematography (Flickerfest). Kalu’s most recent film, The Moon and Me, received post-production funding from The City of Melbourne and just had its world premiere at the Oscar Qualifying, Pan African Film Festival in Los Angeles.

Returning to her creaky family home after her mother’s untimely death, a 20-year-old transgender woman is haunted by the grotesque apparition of her younger “male” self, which seeks to reclaim what belongs to it.

She wrote and directed the documentary Farewell Happy Fields, a gritty portrait of anorexia and depression featuring award-winning author Fiona Wright which screened at multiple international festivals. Kylie then collaborated with the Deaf community to write, direct and co-edit the psychological short thriller See for Yourself, and, later this year, she will direct Asexy, an asexual love story based on her experiences growing up.

Linda Chen’s How Did We F*ck This Up?, a dramedy series

The drily humorous, disdainful, discontented life of a suffragette is miraculously and immaculately reincarnated into the body of a modern-day, pansexual Asian woman as she runs into many of the same frustrations she did a century earlier.

Linda Chen (ACT) is an actor, writer and multidisciplinary artist hailing from Ngunnawal and Ngambri country (Canberra) whose work spans film, theatre, interdisciplinary art and applied drama – often exploring notions of identity, home, sociocultural structures and agency. Developed in its early stages through Screen Canberra’s AcceleratorPOD, her UNTAPPED TV concept How Did We F*ck This Up was a finalist in Screenmakers’ Conference’s Pitch-O-Rama and Melbourne Webfest’s Pitch iView.

In 2020, Linda presented her one-person-show-turned-audiovisual-installation what is saudade is yuánfèn is longing (Shopfront Arts) and was an Early Phase grant recipient at The Street Theatre, completing a full concept treatment for her play Linger.

Reeling from the rejection of being dumped on her birthday because of her autism, twenty-something Sophie faces the prospect of dating as an autistic woman. She’s flung headfirst into the throes of modern dating, hookup culture, and complex relationships desperate to prove that she! is! loveable! Damnit!!

Sophie Smyth (VIC) is a singer, actor, writer and sometimes dancer. She was a finalist for the 2021 Rebel Wilson Comedy Commission and her cabaret show, The Aspie Hour, a poignant and hilarious look at autistic life, co-written and performed with Ryan Smedley, played to sold-out audiences across Australia. For this she was awarded a Green Room Award for Best Writing in a Cabaret, a Fringe World Weekly Award for Best Theatre and an Adelaide Fringe Weekly Award for Best Emerging Artist.

Theatre credits include Helpmann Award-winning musical Robot Song with Arena Theatre Company and Motor-Mouth Loves Suck-Face: An Apocalyptic Musical at La Mama Theatre. Robot Song was presented at the 2020 IPAY (International Performing Arts for Youth) Conference in Philadelphia in the US. Sophie is a passionate disability advocate for authentic neurodivergent representation across film, television, and stage.

Salty is a supernatural family drama about multiple generations of a Malay dynasty in Melbourne, navigating careers, love, life, and their salt importing business, while hiding the fact that they are non-human entities from Malay folklore.

Shannan Tamby Lim (VIC) is a writer and artist based on Kulin Country. He has lectured in film and digital media at the University of Western Australia and taught physical theatre to adults and children at RMIT University and ArtPlay. His work has been performed at Griffin Theatre, the State Theatre Centre of WA and Melbourne International Comedy Festival

He has received the Multicultural Arts Victoria Award at Melbourne Fringe, the New Director Award at Nice International Film Festival and was City of Melbourne Artist-in-Residence at Boyd Studio. Most recently, he was a Wheeler Centre Hot Desk Fellow, a consultant on the First Nations and Diaspora series for Arts Centre Melbourne and a participant of AFTRS and Film Victoria Talent Camp.