TV quotas: the government pretends to listen for one last time

Fake regulations, or an act of mercy to beleaguered broadcasters – either way, the game is over, for now.
David Tiley 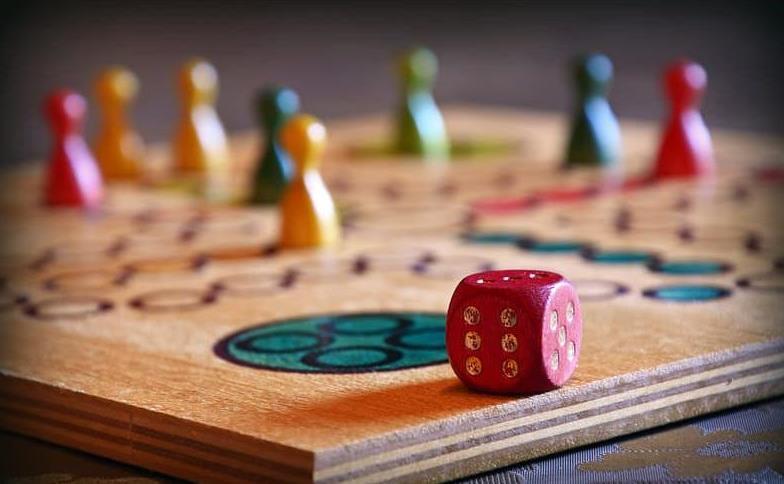 We always knew the dice were loaded.  Image: Pikrepo

The last stages of the forty year campaign to get rid of the quota system in Australian television started on November 16. As instructed by the government, the Australian Communications and Media Authority (ACMA) released the proposed regulations for final comment by the public.

This is a legal requirement because the quota system is governed by regulation and not directly by parliament. But the government needs the regulations in place by 1 January 2021. That is because the current system is suspended until that date, ostensibly because of COVID.

If they don’t make the magic New Year’s Day, some other interim arrangement will have to be put in place and everyone wants to go to the beach.

The outside world has three weeks to make their arguments, after which the ACMA analyses them, makes any sensible changes and sends them to the government to be considered and accepted. You can see that this is a formality and nobody expects anything substantive to happen.

The ACMA is pretending otherwise. The announcement says

‘The detailed requirements for the new standards were set out in a formal direction to the ACMA by the Minister for Communications, Cyber Safety and the Arts, the Hon Paul Fletcher MP in November 2020.

‘The ACMA’s consultation focuses on practical implementation and drafting issues relating to the program standards.

“The information we receive through the consultation will be used to improve the clarity and operability of the new standards, where appropriate,” Ms O’Loughlin said. [She is the Chair and Agency Head of the ACMA]

Here is the new formula, from the report:

In the previous version, those numbers on the right were much lower, and each category had to reach annual subquotas, including 25 hours of first release shows for children above preschool age and younger than 14.

Now the broadcasters can mix and match to their heart’s content, which means no mandated children’s programming and the whole roaring fight has been lost.

Read: How coronavirus may have changed TV viewing habits for good

The broadcasters now have an incentive to provide higher budget shows because they don’t have to make as much, and they will be required to report the financial figures to the ACMA, which are subject to scrutiny and dispute.  But the levels are so low this probably doesn’t matter; there is no actual minimum level of budget or commission. In a tacit acknowledgement that the broadcasters are not entirely trustworthy, there is a cap of 50 on documentary points to prevent them from commissioning long series with names like Dumbest Slugs in the World and Can You See the Rock Move?

There are a couple of interesting definitions which the ACMA will have to cobble together. The meaning of the word Australian remains the same, which is a mercy. As the proposal says,

Contrary to the hopes of the sector, NZ programs will continue to count as Australian; Nine has at times satisfied more than half its drama quotas on shows like Shortland St. Programs created for online or streaming do not count. This problem drives the sector crazy, and is definitely not fixed, despite some misapprehensions.This ridiculous affront to logic is mandated by trade agreements, at least according to the government.

At the moment the broadcasters don’t have to commission the shows, but can simply acquire them. Now the regulations have been tightened. In the new list, shows are actually commissioned by the broadcaster, except for feature films, which can be acquired on first release.

How do we define commissioning? It could be anything from a nominal payment on a beer coaster to a complete budget along with onerous deliverables. Here is the ACMA’s answer.

Commissioned means that the broadcaster or agent has made a material and meaningful financial contribution to the production of a program before the production has been completed (and includes in-house production). The applicable points for commissioned drama programs are scaled to incentivise higher budget commissioned programming.

The draft new standards do not specify a minimum contribution (either by way of equity or licence fee) that must be made to the production budget. It will be a matter for the ACMA to assess whether a material and meaningful contribution was made in the context of assessing annual compliance reports or in the context of an investigation.

What does material and meaningful financial contribution mean? About that the government is silent and the lawyers see an opportunity. In feature film financing, for instance, a very small amount of commitment can trigger much larger amounts, and are therefore meaningful.

This has always been a visceral argument – commercial broadcasters simply don’t want to be told what to broadcast, and when, and with limitations on the advertising. They don’t necessarily want to abandon drama content, and they broadcast more than the minimum to satisfy the market. Ultimately they really want the freedom to craft a strategy which maximises returns, which is not the same as maximising audience.

They get the best returns from game shows, talent shows and reality TV; they want to put them against the most eyeballs, so drama is pushed into slots which don’t justify the cost of production and are therefore a ‘burden.’

Broadcasters who accumulate up to an extra 50 points in a given year can pass them forward to the next year. The definition of first release means that all projects must be broadcast within two years of completion to count to a quota.

The cutest new factor is the role of streaming.

Co-commissions that are either international or domestic co-productions, including with national broadcasters, subscription broadcasters, streaming services or other licensees, may also qualify under the definition.

Prior streaming or pay broadcast does not count against quota points. Or indeed, the cinema release of a film. What is more, co-commissioning with cable or streaming companies is acceptable. A previous broadcast of a program on a subscription broadcasting service, or its availability on a video on demand service, is disregarded for the purpose of assessing whether the program is a first release.

This means that Nine can formally co-commission with Stan, or commission for itself and run a show on Stan first. Which weakens the regulations even more.

In other words, there are some interesting incentives to increase budgets and to create for multiple formats – both ideas which are encouraged by policy wonks. The problem is, that the regulations are probably now so trivial that they are not worth caring about.

There is also no distinction between in-house and independent production. By raising the tax rebate to 30%, the government makes in-house production more attractive, which alarms some analysts.

We should remember that the 55% Australian content in peak viewing times is still in place; it is just doesn’t need to have much drama in it.

The government’s solution is really a balancing act. It is in a quandary because key players like Minister Paul Fletcher care about Australian production but they hate to force a role for private enterprise in their strategies. They do call it the free market. But they believe in the magic of that market which is supposed to create prosperity and they really don’t want the government to carry the cost. And nobody wants Australian production to turn into a giant federal department.

To placate the broadcasters both major parties started to fiddle with license fees, to remove that ‘burden’, and discovered that a fed beast won’t leave the foodbowl. Now, they have created a system in which the networks can trivialise their responsibilities so the deal is essentially meaningless. In the worst version of this story, they make ulttra-cheap factory series which they then run into the ground, just as they have with children’s production.

This is not necessarily the end of the game. We still have quotas, though not rigid sub-quotas, and the government has added budget requirements. The solution is politically shifty because it gives the broadcasters what they want without making political waves. But, the mechanisms are still in place and are easy to tighten in the future, to start the whole wretched debate again.

However, the principle is now in place and the actual regulations are easy to change, so a future government can recharge the regulatory system with tougher numbers.

A summary from the ACMA

The report includes a short assessment of the fundamental issues according to the regulator. They are:

If you deem it worthwhile to have your say on the changes, submissions are due here by 7 December.