This Week At The Box Office: All Eyes On The Invisible Man

It was a great weekend for Aussie filmmakers, with local favourites continuing to dominate the charts.
Jini Maxwell 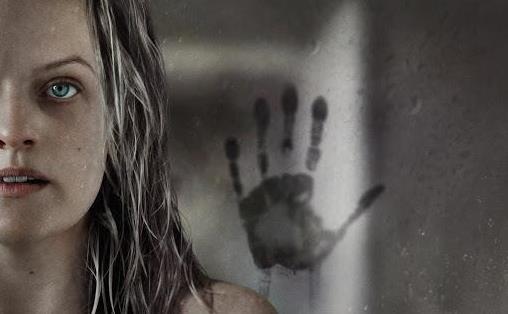 Elisabeth Moss in The Invisible Man. Image via Universal.

Internationally, The Invisible Man has now taken $150m in $AU. Off a budget of $11m. In two weeks. Actually it is higher because the non-US numbers are a week behind. It is very unlikely that a film made by Australians in a co-production with a US company has ever become so profitable so quickly. Goalpost will be thrilled.

On the domestic charts, The Invisible Man retained its place at number one in its second week, bringing in another $2,198,617 across its 322 screens to reach $5.52m. This makes for a screen average of $6,828, which is pretty comparable to last week’s takings; an excellent local result for writer-director, and Saw alumnus, Lee Whannell. He clearly hasn’t lost his knack for portraying violent, controlling men! What a claim to fame.

Miss Fisher and the Crypt of Tears is looking a little shakier, but still hanging out near the top of the charts; showing on 312 screens, down from 376 last week, the film added an additional $638,649 to its coffers. While the screen average may be lower than you might hope ($2,047), this is still a solid weekend taking, and I’m sure we’ll see this glamorous detective on our screens (though, maybe slightly fewer screens) for a few more weeks to come yet. $2.35m is pretty good for two weeks.

Fellow femme fatale, Harley Quinn, spent her fifth week at the top of the charts, though the numbers are definitely dwindling, Birds of Prey showed on 250 screens, down from 270 last week, and brought in an average of just $1,651. This result adds another $412,867 to its overall box office takings of $10,583,707. Let me tell you: seeing these kinds of numbers so high up in the charts doesn’t bode well for the rest of the box office report!

Sonic The Hedgehog might be maintaining its stride, bringing in $1,358,616 across 290 screens in its fourth week in release (this equals a decent screen average of $4,685), but the other titles out this week are really lagging behind.
The Way Back premiered on 129 screens to a shaky screen average of $2,408, just ahead of Downhill, an aptly named skiing comedy which struggled to put bums in seats across its 236 screens, averaging just $1,248, for an overall weekend taking of $294,412.

Dark Waters proved itself a big fish in a small pond; showing on 59 screens in its first weekend in release, the film brought in an average of $4,019 per screen, for a total box office taking of $236,732. The Big Trip also made its debut, but failed to make a splash: opening on 175 screens, the animation brought in a measly screen average of $819, for a weekend taking of $143,287.

Just before we jump over to limited release, let’s not forget Parasite, which appears to be here to stay in the box office charts. In its 37th weekend in release, the film that launches a thousand awards brought in an additional $285,126 across 128 Aussie screens, adding to its total box office takings of $5,712,049.

At the top of the limited release charts, we have our queen bee, Honeyland.

This stunning docco landed on 24 screens, to bring in $70,158 in its first weekend. A screen average of $2,923 is very healthy for a documentary – and it was a pretty good weekend for documentaries in limited release! In My Blood It Runs entered its third weekend on Australian screens to a receptive crowd, bringing in an average of $2,009 across 12 screens. That adds another $24,105 to its overall box office taking of $291,853.

In stark contrast to these figures, Undertow has made $3,776 off thirteen screens, despite excellent reviews from The Guardian, Screen Daily, and a good appreciation from the SMH.

We explored the development of the film, while our review found its depths and joys.