In a period where so many are feeling isolated, Jessie Scott describes her project as unashamedly dedicated to the city’s arts community.
ScreenHub 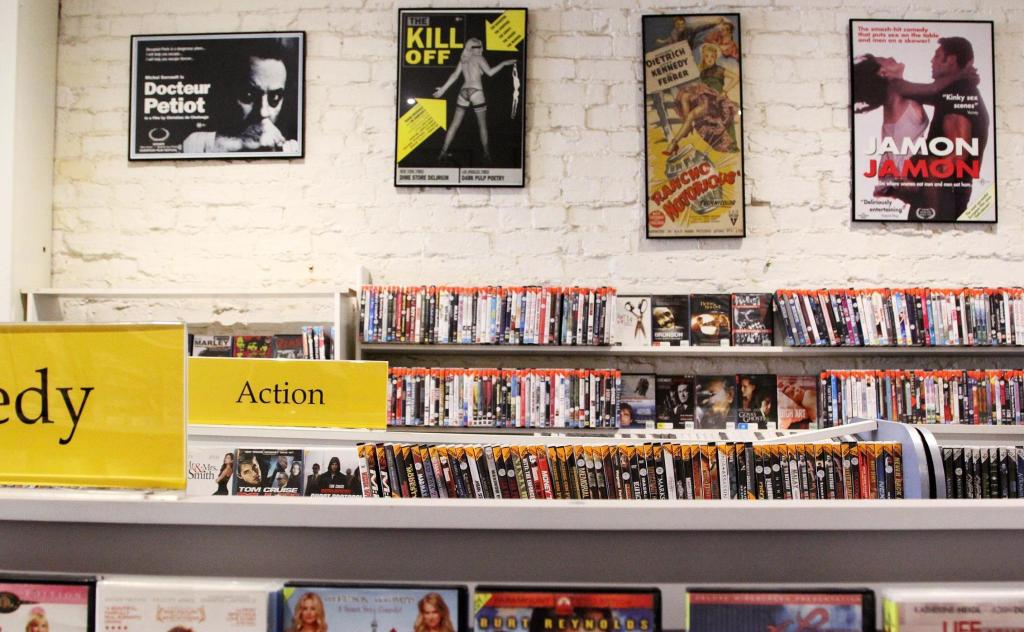 As part of her PhD project through RMIT, artist Jessie Scott is collecting video footage in all formats that has been donated by the public. From old VHS and Beta Cam, to mini-DV and DVD, Blu-Ray and digital files, this video work will comprise the body of her lending Library, the Video Art Video Shop. Now, she wants your discarded and half-forgotten work too, for a pop-up lending library, intended to be hosted in the RMIT’s Capitol Theatre (TBC depending on pandemic restrictions), that collects and lends out discarded video and film. Scott says anything she can source a player for will be catalogued and made available for loan, as she attempts to represent the trajectory of the moving image through various formats over time.

‘There’s a lot of video art out there that’s been kind of abandoned, like work that people made for an exhibition where it’s shown once, or they may have not continued being an artist, or it’s from a really early stage of their practice. What I want to do is bring these works together, as an archive that tells the story of – and celebrates – the medium.’

Scott, who is also a local programmer, said that the ephemerality and flux of video work was also what drew her to the project: ‘When I first started making video art in art school I would hand in my homework on VHS tapes, but over the course of my three-year degree, it all started to shift, so we moved to Mini-DV tape, and then after I graduated, even Mini-DV tape became obsolete. Nowadays, you just shoot to card, and it’s become a completely ephemeral medium again.

‘That constant shifting ground can be hard to keep up with, so I’m really interested in how we deal with all this detritus from the past of this medium, and in identifying the through-line that makes it the same medium, even though it’s changed its physical form so many times.’

Equally, Scott said, Video Art Video Shop is a tribute to the now-extinct video store, and its influence on artistic communities.

‘It was the ultimate democratic cultural space – for a lot of people it would have been way more accessible than a public museum.

‘Even a really average Blockbuster or Video Ezy would have had Hollywood new releases, Australian films, the classics, and an art-house section, so you would be exposed to a whole bunch of stuff that you weren’t expecting, that you didn’t know you would be exposed to, and that’s definitely had a significant role in my cultural education.’

Like those neighbourhood video stores of her youth, Scott expects hers will feature a broad cross-section of video works, from high-end performance art to incomprehensible under-graduate experiments, to skateboard and music videos.

Customers will even be able to take videos home, on the condition that Scott can follow up with them 12 months later to find out what happened to the works, and whether they ‘just sat on another shelf collecting dust,’ or if they were repurposed for something else.

Anyone with a digital camera or smartphone will be familiar with the weight of unsorted digital ephemera cluttering up their lives, hard drives, and to-do lists, but Scott is undeterred about the prospect of spending hours sorting through people’s weird and wonderful creations.

‘I am totally up for that! Send me your stuff – I’m dying to get my hands on those abandoned, orphaned video art works. I promise I’ll look after them and give them another life.’

As is the case with every artist working at the moment, plans have been interrupted by the pandemic – but workarounds are in progress. According to Scott’s website:

‘The public outcome of Video Art Video Shop has been postponed until such time as it is safe to hold such a face-to-face event. I will work with The Capitol to find an appropriate time to do this.

I am likewise unable to receive physical submissions at the moment, however Online Digital Submissions are OPEN. Please fill out the submission form and send me an email with a download link for your work. I will update all submitters and this page when it is possible to. Stay safe and stay home.’