The scale of Peter Rabbit’s success, with some encouraging charts

Inspired by Zareh Nalbandian's pride in the box office achievement of Peter Rabbit, we ran the numbers.
David Tiley
[This is archived content and may not display in the originally intended format.] 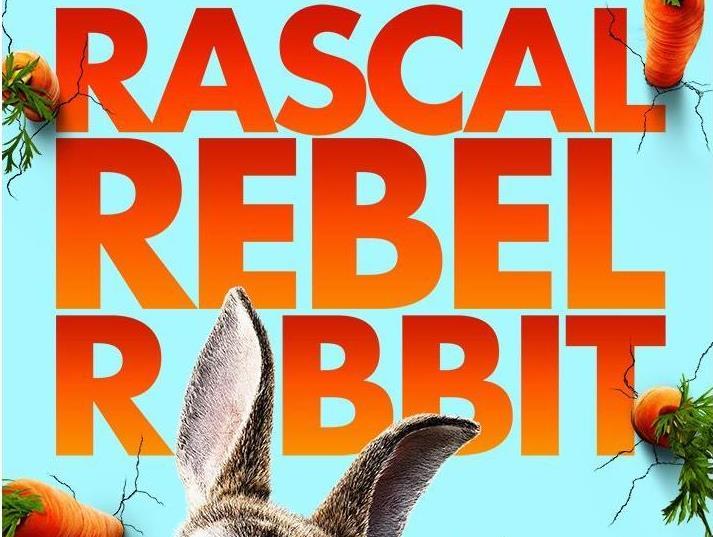 Image: the tagline for Peter Rabbit.

Almost unnoticed by the wider public, the bunny-with-bite family-pleaser Peter Rabbit has become a solid success, number six in the league table of world box office for Australian films and just behind Happy Feet.

By the rules Peter Rabbit is clearly Australian because the creative control is here and Animal Logic is an Australian company. The actual Rabbit is English and continued to gambol in those meadows, but it was produced and made here. The writer and director were Americans.

Zareh Nalbandian, CEO of Animal Logic, claims that Paddington is the project which set the bar to define success. Could the rabbit beat the travelling bear which appeals so strongly to the same kind of parents?

All the numbers are in US$ because they come from Box Office Mojo, here assembled into a chart.

So, in head to head combat, Peter Rabbit defeated both Paddington films pretty handily in total returns. In the UK, Peter Rabbit was a bit behind the Paddingtons, which is important because they would have seen both of them as British.

In Australia, our box office for the Rabbit was twice the bear. I am not sure why.

All three films had a handy return from China whose population preferred chaos in the cabbage patch to international travel and the tenderness of bourgeois love.

I know that Animal Logic is very happy with that Japan figure because Australian films get very little traction in that market. But the US figure is most remarkable. Usually films with an Australian sensibility do pretty badly in the US and better in the UK. Not this time and I guess the rebelliousness is part of the reason.

Let’s see how the performance of Peter Rabbit compares with other Australian films in the world market. I reworked a simple list of the top ten highest grossing Australian films at home which also listed their international performance. These are raw numbers which were offered in both Australian and US$. I recalculated them to offer them all in US$, and then applied a US inflation calculator so all the numbers are in 2018 figures. Last, I ranked them according to their international returns.

I may have missed something and the bottom end could be plain wrong. They won’t look like the figures you are used to.

This is what happened.

Peter Rabbit is at number six in our international league table. That is pretty cool; it is the best result since Fury Road and not hugely lower.

In the US box office figures, it is currently at number 14 for 2018. It is third on the family animation ladder, behind Incredibles 2 with around $600m, then Hotel Transylvania on around $160m with Peter Rabbit on $115m, Paddington 2 on $40m and Isle of Dogs on $32m.

That tells us that animation that is really embraced will return an enormous amount of money and the range is huge. I suspect that the real boggler of The Incredibles was a real crowd pleaser in the US because 52% of its box office was North American. Hotel Transylvania had 34% and Peter Rabbit had 32.8% so films that had comparatively low US returns could be pumped up by international figures.

The Australian market sticks pretty close to the US on a per capita basis and tends to do a bit better. I am intrigued by the way that our response to Australian films which break out overseas can have very different returns in our market. We were up on Australia, down on Fury Road, really up on The Dressmaker and not very kind to Peter Rabbit. But in many cases the chart positions are pretty similar.

Not one of these films were made firstly for a domestic Australian audience in this top ten list. Even the first Crocodile Dundee had a US co-star and love interest. And only one of the ten had a significant level of violence – Fury Road. And even that was kept under considerable control. If we want them out there, we have to make them to be out there.  Crocodile Dundee is really the only film which broke through thoroughly with the Australian domestic humour, and even films like The Castle were not that spectacular in the local cinemas. Their power comes from VHS and DVD.

However, we could be watching a much simpler law in action. You don’t make a film that returns well without spending enough money, and you only get the money by agreeing to focus strongly on the overseas market. Nobody will bet on a film that is not ‘international’.

The meaning of that term is even odder than the concept of Australian.

We should also note that Peter Rabbit is currently the second most successful Australian animation behind Happy Feet in constant dollars. However, we haven’t made many that are truly Australian – the pleasure is simply in the fact that it made around seven times its budget.  I haven’t explored that figure yet because the budget figure is such a rubbery estimate and the whole thing is distorted by the advertising costs, so it is pretty hard to work through the actual return on private enterprise investment. But I will say that the fabulous Fury Road only did marginally better than Peter Rabbit, and possibly cost three times as much to make.

Peter Rabbit 2 has been commissioned. We hope it breaks the apparent jinx on Australian sequels.

Here you can see how the successful films played out over time. The early success of Crocodile Dundee was never replicated – the firstest was the bestest. Why such a primitive film did so well is a mystery. I have included Strictly Ballroom and The Dressmaker because they are in the Australian top ten but not internationally. They did very well, but not on the level of Moulin Rouge.