The good oil on Murdoch, the dark beast of our times

Rupert Murdoch gets three episodes of this BBC documentary to show us why we are like we are. We won't be able to take our eyes away.
ScreenHub 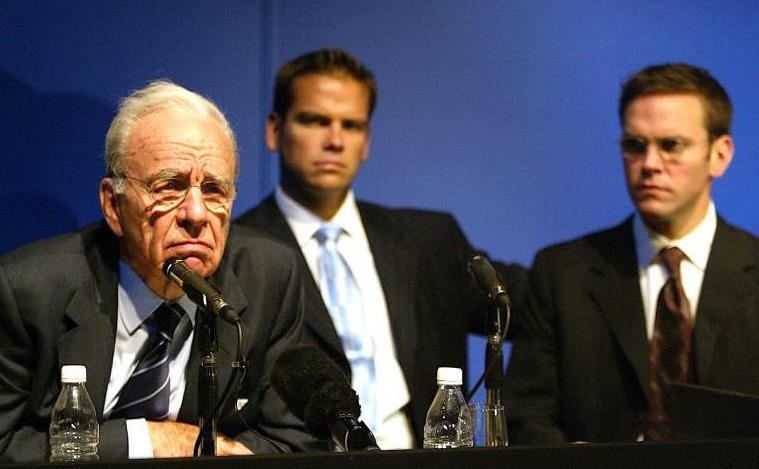 Not quite the whole brood, but enough. Image credit: BBC.

It is very probable that Rupert Murdoch is the single most influential Australian across the 20th and 21st centuries. It is possible that he has the clearest tactical mind of any person born here since Federation.

He has created and broken Prime Ministers and defined the political agenda of our culture. He ultimately decides what we think is real, is important, is possible. He fights against climate change, interferes in our taxation processes, and degrades anyone he doesn’t like.

Effectively, Murdoch creates what is possible, what is real, and what can be talked about. In the UK and the US and to a lesser extent here he has built a media system the power of which which is simply horrific, which tears politicians to pieces and condemns generations to poverty.

Not to mention the fact that the amount of money available to the screen sector, the role of the government broadcasters, the behaviour of the commercial networks and the battles over regulation are shaped to his desires.

This Sunday night, the ABC is launching a three-part documentary series, The Rise of the Murdoch Dynasty. All three eps will be available on iView immediately after the initial broadcast at 7.40pm.

Here is a para from The Guardian‘s review:

Anyway, in the doc, Farage has just said something brief and inflammatory about Brexit, and then a runner comes on screen to tuck his mic cord in, and the mask slips. “To be honest with you, I did ask him whether he wanted me to do this,” Farage says unprompted, the capital-H Him in question the looming shadow of Rupert Murdoch himself. “If he’d said ‘No’ I wouldn’t have done it.” It’s a moment when you suddenly realise that Murdoch’s power is so wide-reaching that he has influenced a documentary about how influential he is. And he’s done it right in front of you. He’s David Copperfield, magicking away the Statue of Liberty, only here he’s made Nigel Farage say something denigrating about Tony Blair.

It comes from the BBC. Surely worth a watch.