The team behind the box-office hit adaptation of Jane Harper's book will return for the second feature film.
Silvi Vann-Wall 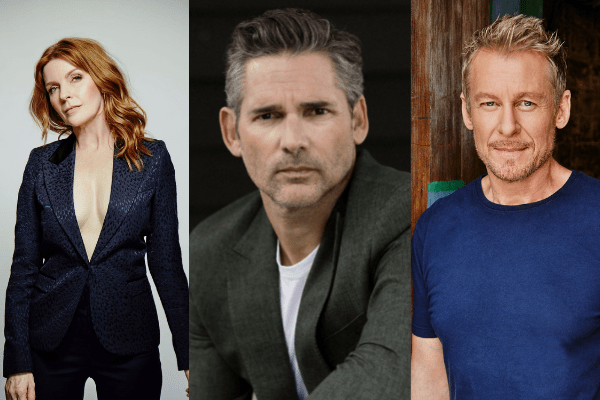 Award-winning feature film The Dry is getting a sequel, announced recently by Made Up Stories, Screen Australia and VicScreen.

The team behind the box-office hit will return for the second feature film, titled Force of Nature, which like its predecessor is adapted from a Jane Harper book of the same name.

Shooting is already underway in Victoria.

In Force of Nature, five women take part in a corporate hiking retreat and only four come out on the other side. This prompts Federal Agents Aaron Falk and Carmen Cooper to head deep into the Victorian mountain ranges to investigate in the hopes of finding their whistle-blowing informant, Alice Russell, alive.

Jeremy Lindsay-Taylor is back in the role of Erik Falk, alongside Richard Roxburgh as Daniel Bailey, Tony Briggs as Ian Chase and Kenneth Radley as Sergeant King.

Connolly said: ‘I’m so excited to return to the world of Detective Aaron Falk and to be able to work once again alongside Eric Bana, Made Up Stories and such an impressive creative team. We’re also delighted by the exceptional cast of established and emerging actors joining us on this journey. Jane Harper’s Force of Nature is a deeply emotional and thrilling story showcasing the extraordinary world and landscape of the Australian wilderness.’

Bana said: ‘I am thrilled and proud to have the opportunity to follow up our efforts on The Dry with Force of Nature. Jane has once again provided a thrilling story that gives us another chance to showcase a unique and incredible Australian landscape. Whilst it was always our dream to bring this story to the big screen, its fate always rested with the Australian cinema-going public. Their overwhelming support of The Dry turns this into a reality.’

Said producers Papandrea, Matterson and Hutensky: ‘We are delighted to be re-teaming with Rob, Eric, Roadshow, Screen Australia and VicScreen to bring another beloved Jane Harper novel to the big screen. Force of Nature is also a wonderful opportunity for us to showcase the talents of an amazing group of women in some of the most stunning landscapes in the country.’

The film has received major production investment from Screen Australia in association with VicScreen. It will be shot primarily in the Dandenong Ranges, Yarra Valley and the Otways.

Force of Nature will be distributed by Roadshow Films in Australia and New Zealand. WME Independent is handling rest of world sales.