Sara Richardson adds another twist to her development exec career as she moves back to Playmaker and a role between Sydney and LA owners.
David Tiley 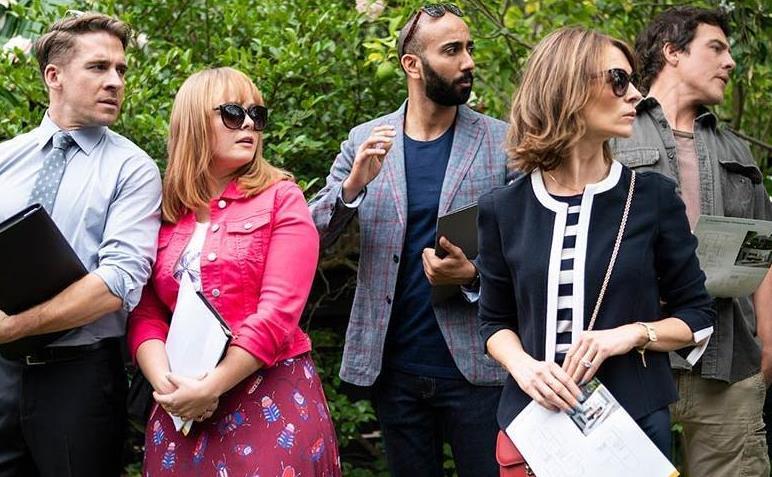 Sara Richardson was the Ten network executive on 2019’s Five Bedrooms, made by Hoodlum. It had an enthusiastic following.

Development executive Sara Richardson has been enticed back into Playmaker Media after three happy years as network drama executive at Ten. As she said in an interview with Screenhub, ‘It was a very, very sad goodbye. I absolutely loved my time with Ten. I worked with Rick Maier on Wrong Girl, developing and producing from his side. It was invaluable working in a Network, with all its decision making parts.’

Now she is about to become an executive producer, ‘working across the extensive Playmaker slate both in Australia and with Sony Pictures Television International’s LA creative team,’ in the words of the release.

‘It is an opportunity to get a wider vision of the market while a production company like Playmaker offers a sense of personal and hands-on success,’  she explained.

‘I will be working with Nina Lederman, the executive VP of Sony Global and Celia Duffy, the head of global scripted development. We will be having a weekly discussion moving forward.’

Richardson is clear that this is not about learning the American Way. Sony Pictures Television either owns or is in a joint venture with some fifteen production companies around the world, which sees itself as responding to a variety of markets, cultures and tastes. Those deals are made and unmade fairly regularly.

What does that global perspective mean to Richardson? ‘It’s very early days for me here,’ she replied. ‘So far I am looking at it as an opportunity to develop good quality projects. We have amazingly creative writers here doing great things and I want to connect them to a wider stage.

‘If you tell great stories and they find an audience, that’s all there is to it. Tell them to the local market and they travel. As creatives that is all we can do.’

After an education in production and a stint in business affairs at Essential Media, Richardson joined Playmaker as development executive in 2011, two years after it was started by David Maher and David Taylor, a pair of commercial television veterans with an appetite for new writers and interesting projects. In 2014 it was acquired by Sony Pictures Television which became responsible for international sales and distribution, which beefed up the pipeline to scale and prosperity.

Playmaker was funded by Screen Australia to run the Scribe program, a writers’ support mechanism which used intensive development in both Sydney and LA to create new series which enabled experienced writers to take their careers upwards. The company championed a version of the showrunner model and put together five successful series in six years including House Husbands, The Code and Love Child. Sara Richardson ran the Scribe program.

Richardson left to go directly to Ten at the beginning of 2017 before returning to home base. Scribe will be revitalised for another generation of shows from 2020.