Suzi Q documentary – a salutary journey from idea to exhibition 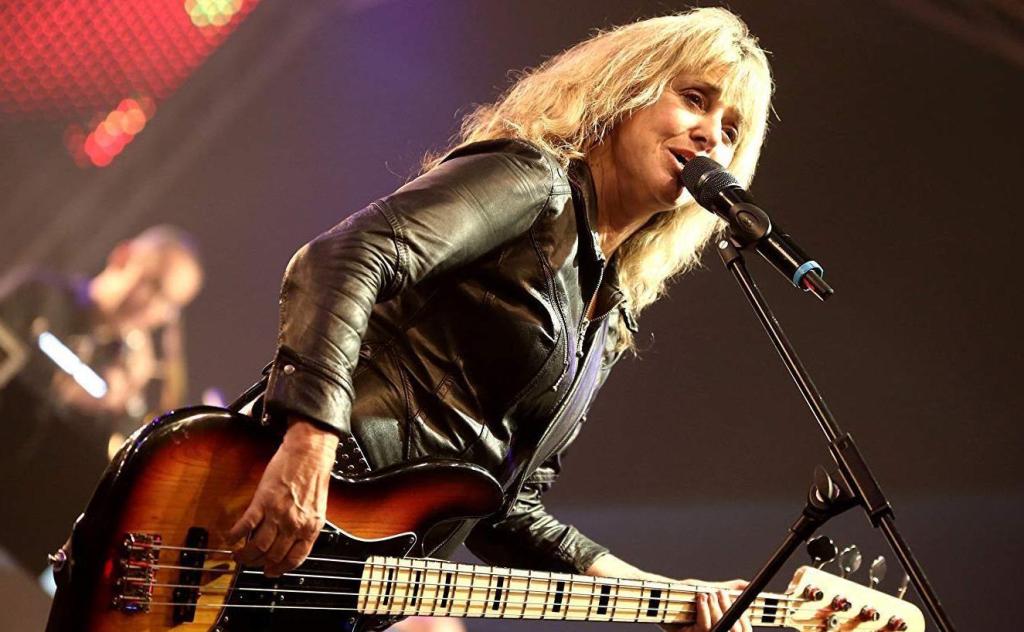 Tait Brady has been on an iconic journey with the feature documentary Suzi Q. Here, we map the maze of production and exhibition decisions which allowed the team to make something from a very intriguing nothing.

Liam Firmager is a musician, who started in bands and discovered that making video clips was much more fulfilling and challenging than music. ‘It became my new love,’ he explained.

‘During my TVC and music video days I managed to discover the mortgage, which was a springboard to push me to bigger and better content.’ Along the way he learnt to shoot, edit and post produce so he was never out of work. His partner is gainfully employed in the corporate world and they have three children who have just about left home.

But he wanted to make a feature documentary about Suzi Quatro. He went to Tait Brady who combines an affinity for commercial issues with a stubborn determination to nurture indie projects. He also calls himself ‘an original first generation Suzi fan’.

Key to building a project without hot lawyers, loyal assistants and money for rights is to take advantage of the peculiar possibilities inherent in the project.

As they knew from carting the project around to 37South and the Australian International Documentary Conference, everyone liked the idea. That’s better than people hating it, but it was not enough to trigger support.

Fortunately, said Brady, ‘Suzi is more attached to Australia than any other international act. She has done 37 tours since 1974. Liam met with someone who met with someone who worked with her at the local end. You always have to have that contact, and we took it from there. She had written an autobiography a year or two earlier so they got up to speed very quickly.’

They knew that Suzi Q was likely to arrive in Melbourne, and that key interviewees from her world like Joan Jett and Alice Cooper would play there as well. So the Brady – Firmager team used their own money and scarce time to shoot interviews as their subjects arrived, which surely beat a box of air tickets.

‘We could not have made if Liam didn’t shoot and edit,’ said Brady. ‘He is a renaissance man. With a treatment and footage we got some development money from Screen Victoria, and got an assembly which looked a lot more complete and finished than it was. It was a rough cut after two years of filming which showed the style, which was frenetic and riffing off the Seventies and the glam rock era.’

It was all a bit stop and go. Brady produced The Barbecue and Brothers’ Nest. They tried for production money from Screen Australia and Film Victoria, who needed marketplace interest.

‘Everyone loved it but no-one had any money, and sales agents had stopped paying,’ said Tait, encapsulating a huge dilemma. ‘That is proof of why this is so significant – when I found someone it triggered the whole film.’

Fortunately, Brady connected with Kew Media Distribution, a London company which handles classy international feature documentaries. ‘Through 37South it was already in their wheelhouse’, said Brady, ‘and they saw the market value’. So Kew made an offer which enabled Film Victoria and Screen Australia to come on board at a late stage so the production was no longer solely depend on private funding and industry generosity.

This is the second-to-final jungle of toxic lianas. Brady understands small scale distribution and is using an event release model, which means a lot of raids on cinemas with one night stands, preferably supported by Q&As. It has already been released that way in the UK, broadcast on Sky and has been released on DVD. Accepting that this made little difference, the exhibitors launched in Adelaide in late September, then flicked through Sydney.

They piggy-backed on the latest Suzi Quatro tour in which she did appearances and additional media in places like breakfast TV, pumping the awareness up handily.

As Liam Firmager said, ‘It took longer than we hoped but it all happened for a reason. It fell into the right timing, and the launch during Suzi’s tour was a godsend. Peter has done this sort of thing for a long time, but I am wide eyed and innocent about the whole process.’

Brady noted: ‘Suzi’s audience is mainstream and suburban so we have to take the film to them in one-off screenings. They didn’t commit to added screenings but we are more than happy with corralling that mainstream audience into one night.’

They had a release on 95 cinemas on Thursday night, treating it like a concert on a single night. However, over 20 locations from Hoyts and indie cinemas are continuing to run it. ‘It is up to exhibitors based on how it performs. it might run for weeks and weeks. We expect to run through Christmas playing around the country. We are honouring the 90 day holdback window so it won’t be on digital and DVD until February and March.’

They have deals with Japan, Italy and Hungary, and holding out for Germany, Spain and a launch in the US. ‘It is a big market and will play very differently. They have forgotten Suzi Quatro even though she comes from Detroit.’

They probably will, though it won’t match the huge amount of work they did before there was any cash.