As Tenet fails to bring hope, the safest bet for studios is to combine theatrical and streaming production in a bet each way which started with television.
David Tiley 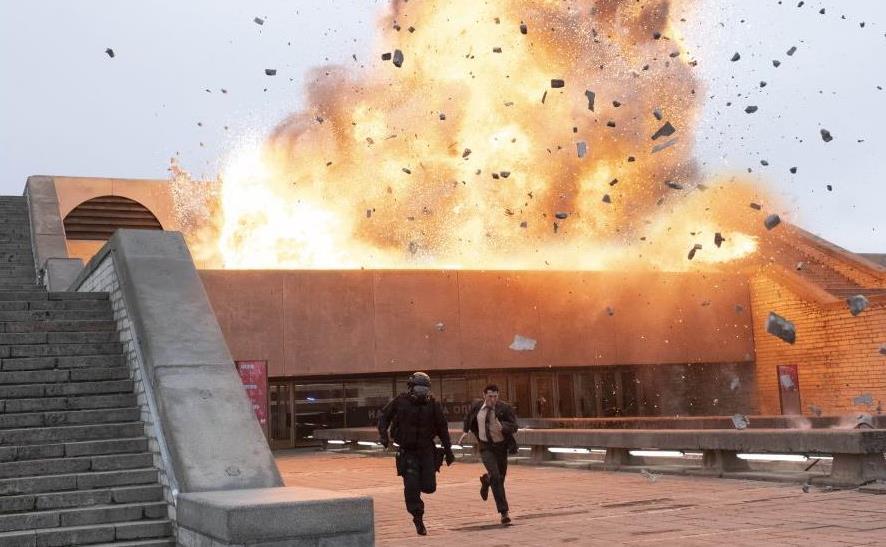 While the Australian box office looks like a backwater of the world’s cinema trade at the moment, it is still part of a crucial tangle of ideas playing out in Hollywood affecting the global marketplace on which local producers depend.

Tenet is important because it was supposed to lead off a conga line of blockbusters as the sector recovered in time for Christmas. But it has made AU$45m in North America in just under two weeks, chasing a budget of $250m and a substantial marketing outlay which would be around $125m in normal times.

Remarkably, it has made $250m outside the US so 81% of its box office is being made externally, while  $28m was made in IMAX.

Those figures include $75m from China in three weekends. And $5.5m in Japan, in its first weekend, which is not great despite some shiny-eyed proclamations from publicists.

Who is stuck in La-La Land?

There are several different opinions about these numbers. Most agree that the international figures are fine, but the US results are either hanging in or a complete flop. At best, it will break even; the blockbusters pencilled in to follow it are spooked into deferring.

Indiewire points out the film is only falling slowly and the virus keeps cinemas half empty and the citizens at home. The total box office for the weekend is terrible and the lunge to the future is nailbiting. But, it claims, that is because there are no other blockbusters to get the foyers humming. No returns because no product and fear is not the reason.

Sadly the lower budget flicks have not arrived either, so it looks as if their distributors are betting that their usual low level of sales is not actually caused by the big films crowding them out. That is a bad sign for arthouse supporters who believe that it would flourish if Hollywood stopped stealing all the screen real estate.

The Washington Post did a big-brained deep-dive to suggest woe abounds in Hollywood and it will never go back to normal. To the people interviewed by WaPo, the gravy train is now derailing.

“There is a lot of denial going on among studio executives,” said Megan Colligan, president of Imax Entertainment, and former executive at Paramount and Fox Searchlight. “People are rushing to make these big-budget movies but not giving much thought to the fact there won’t be any place to put them.”

The studios will be working through the business options to see if they will in fact have enough money to keep going with the old model. But they are also faced with the gruesome fact that the medical options are so uncertain. We really don’t know what 2021 will look like. All we know is that the Americans face an evil stew of politics, the lockdown tangos, the financial losses and the impact of unemployment.

No wonder they are so interested in the possible returns from a premium streaming release, which will survive widespread collapse much better. At the moment all eyes are on Disney’s Mulan, which is streaming for US$30. But we don’t know the numbers and the picture is tainted by political protest, and even the Chinese results are pretty poor. It is not a beacon of hope.

No peace for the wicked

In this environment, WaPo is surely right when it says big budgets will decline and we will see more of the (US)$10-30m comedies and horror films. These changes do not depend on Covid, but are on the cards anyway. No-one wants to waste money in turbulent times.

The usual argument about cinema v streaming and the length of holdovers has been pumped up by desperate studios. But that whole debate is ceasing to make sense because two of the largest studios, Disney and WarnerMedia, have become streamers as well. They will do whatever works for their budgets, and they will certainly build a meat and potatoes stream of production for their own streaming channels.

Essentially they have chosen a hybrid model which gives them more freedom to reach higher budgets, and they can move wherever the market dictates. But, a bet each way can be a double flop if both sides are in trouble, or one side leaks so badly the whole edifice becomes unstable.

Netflix, Amazon and Apple are not dependent on cinemas so they don’t care about this current horror. Subscriptions are up. But Netflix is actually alone in its singular approach because both Amazon and Apple run hybrid models in which the screen side is a small part of the total business.

Note that HBO absolutely crushed the opposition at the 2020 Emmy Awards, and HBO is owned by WarnerMedia which is turning it into a streaming company.

Wasn’t HBO supposed to be dead by now?

That story in itself is fascinating. HBO pioneered premium subscription TV in the US, and became a program supplier around the world, until it passed to telco AT&T in 2019 as part of its $110 billion acquisition of the venerable Hollywood studio company. HBO was a key part of those assets.

Since then, AT&T has become distinctly skitzy about its prized possession, using it to set up HBO Max as the company’s streaming arm, while cutting its price and quality at the same time. Richard Pepler, the key head of HBO, left to set up business with Apple, and the whole HBO arm was bundled in with basic cable stations partly acquired from Turner.  These are all the hallmarks of brand suicide.

Variety describes the 800 layoffs involved, including around 150 from HBO, and mapped the damage.

The layoffs come after Kilar on Friday unveiled a significant reworking of the media company’s operations, ousting the top programming leaders at HBO Max, Robert Greenblatt and Kevin Reilly and rolling all over WarnerMedia’s production operations into a single operation. In their place, Kilar put Warner Bros. chief Ann Sarnoff in charge of developing content for the new streaming service as well as the company’s big entertainment focused basic-cable networks: TNT, TBS and truTV. Andy Forssell, general manager of HBO Max, was put in charge of the new entity’s business operations.

HBO is not the only victim. Hollywood is cutting to deal with the pandemic. But AT&T is now loaded with debt, while HBO is a prestige offering with expensive programs.  While The Game of Thrones finale had twenty million viewers, most shows don’t do anything like that. Now AT&T wants to run a cheaper version of HBO Max in 2021 which has ads, but only outside the programs.

This is an interesting move because streamers will be tempted to create ad-based models inside streaming, beginning tastefully but ending with the usual free-for-all of automated possum pie steamers and discount undie ads. In which case, once again, our attempts to retain a decent servicer that reflects the integrity of the viewer will be gone forever in yet another medium.

We should be relieved that AT&T has walked into a wall on this one. It seems to have a host of contractual issues based on the fact that HBO makes its moolah both from streaming and cable in the US, and in a variety of arrangements around the world. And audiences are demonstrating they don’t like ads, which is the complete reverse of the confident predictions of a decade ago, in which pundits were telling us that younger audiences actually liked ads.

Conclusion? Big changes, but they are coming anyway. And for the Australians, there are spaces but they could cease to exist quickly unless the studios learn they are useful in that post-Covid streaming market. Netflix forges on but is uniquely vulnerable.

Even though AT&T is a giant conglomerate, Disney is currently sitting at the sweetpoint of production diversity. And Disney learnt to take the long view seventy years ago, which is why Snow White is still a valuable piece of IP.