Screen Producers Australia, supported by the government of Queensland, is gearing up for a conference with real people next February.
David Tiley 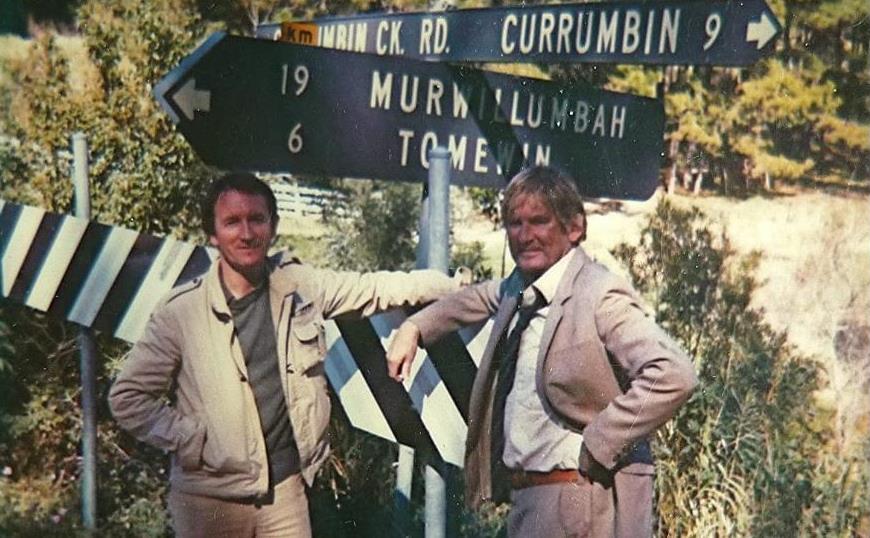 Two producers hitchhiking to Screen Forever. Image: IMDB. Actually this is Ray Barrett and Carl Schulz on location for Goodbye Paradise in 1982.

Screen Forever, the Screen Producers Australia annual conference is a November thing. This year its traditional date has created a ‘will they – won’t they’ tussle over whether it will be virtual, or real, or a hybrid or simply impossible for producers to afford.

So the conference, which has moved to Queensland for the next few years, has colonised a later day in the calendar. It is now running from 16-18 February 2021 at The Star Event Centre Gold Coast, finishing just ten days before the Australian International Documentary Conference kicks into gear half a continent away in Melbourne.

By then everyone should be able to travel across domestic borders. So all is well, though producers will be scrabbling through their calendars to make sure they have the time because the backlog of production should be well and truly under way by then.

However, Screen Forever is road testing our possible future by creating an online component. According to the release:

SPA also announced that for the first time in the event’s history, SCREEN FOREVER will be complemented by an interactive digital platform, presenting the opportunity for screen professionals from around the world to gather online to network, learn and do business on a greater scale than ever before.

‘SCREEN FOREVER is an unmissable opportunity for the creative workers behind Aussie films, TV shows and immersive media content to secure deals which will generate millions in revenue for the Australian economy.

‘We are excited to offer this digital companion to our event to connect with our colleagues displaced by the pandemic and expand the pool of content hungry buyers and sellers to unprecedented levels,’ [SPA CEO Matthew] Deaner continued.

SPA is also calling for ideas to be presented by 9 October.