Small screen highlights: THAT episode of Get Krack!n

Emergency co-hosts stir up ABC comedy, plus Hang Ups, You Can't Ask That and some strictly Adults Only animation on Netflix.
Screenhub Hivemind
[This is archived content and may not display in the originally intended format.] 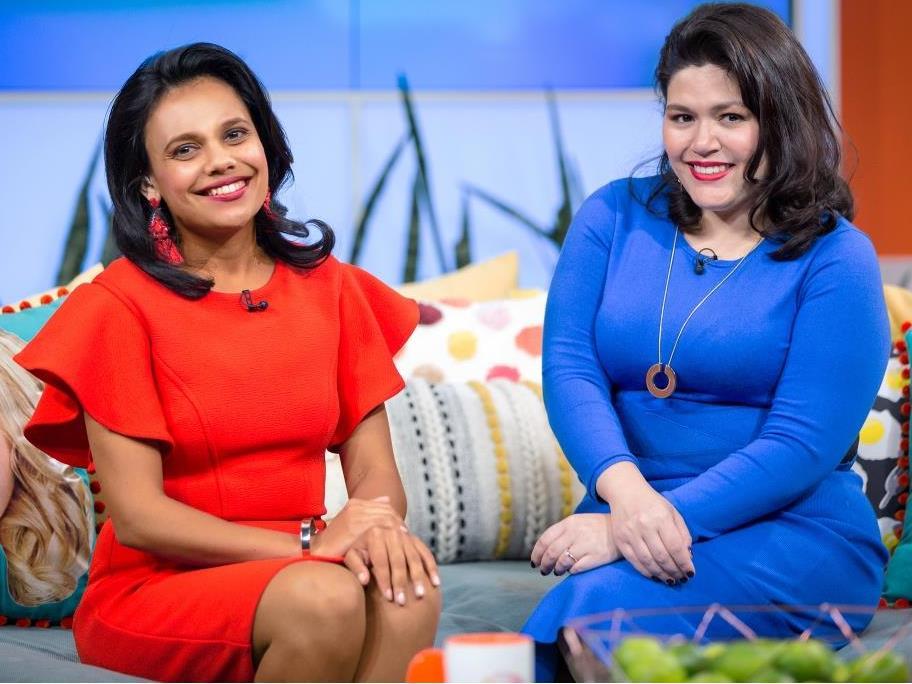 Refusing to play nice, Miranda Tapsell and Nakkiah Lui step up to host the controversial finale of Get Krack!n Series 2. Source: ABC.

Last Wednesday saw the broadcast of the eighth and final episode of Series 2 of Get Krack!n, the parody morning show by comedians Kate McCartney and Kate McLennan (best known for The Katering Show). We weren’t devoted fans of Get Krack!n, but this particular episode trended on Twitter, prompted an editorial outcry from the likes of right wing commentator Andrew Bolt, and will go down as one of those envelope-pushing moments in Australian television comedy that leave audiences gasping at its audacity.

With the two Kates heavily pregnant and rushed to hospital to give birth, Indigenous guests Miranda Tapsell and Nakkiah Lui step in to fill the void. Starting off with lacquered smiles and control-top underwear, the real life best friends quickly find their anger and political rage, letting loose in a tirade (co-written by Tapsell and Lui) about the treatment of Aboriginal people and refugees. Initially the sweet and compliant foil to famously outspoken Lui, Tapsell (who stars in the upcoming movie Top End Wedding) eventually loses her cool and delivers an impassioned speech that includes this:

“Thirty years of smiling, and making big eyes and not showing my anger! I’m done not being angry. I am angry. And if you don’t like me being angry, then by all means Australia, take my furious baton and run this race for me! Because we are dying in infancy, we are dying in custody, and we are dying decades earlier than you. And you should be as angry about that as I am.”

Potentially offensive things you may glimpse in this episode include: a bloody menstrual cup, a flaccid hairy penis, a baby crowning, and an attempt by Lui to defecate on a cushion bearing the face of one of the Kates. But most revolutionary of all, you’ll see two black women being given the chance to host a white comedy show.  As Australian Tumbleweeds, the opinionated comedy blog, said in its review:

Get Krack!n‘s final episode felt radical because behind all the messages about racism and the high cost of blending in it said something that’s been obvious (in comedy at least) for a while: the status quo in Australian television is dull and lifeless, and when you get rid of the people with nothing left to say the people who replace them are going to be a lot more interesting.

This very funny and anarchic UK comedy series focuses on a troubled webcam therapist, Dr Richard Pitt, who is struggling to keep his own life on track while offering advice to his parade of kooky patients, depicted by an ensemble cast including David Bradley, David Tennant and Daisy Haggard. Pitt is played by co-writer Stephen Mangan, perhaps best known for his work in Episodes, the delightfully clever series about a couple of married British screenwriters who sell out in Hollywood. The six-part series of Hang Ups, which premiered on Channel 4 last year, is an adaptation of Lisa Kudrow’s American series Web Therapy. Highlights include Charles Dance as Pitt’s unsympathetic father, and Richard E, Grant as his own unconventional therapist.

You Can’t Ask That (Wednesdays, 9pm, ABC and iview)

More laughs, but also many serious moments, in the ABC’s fourth series of You Can’t Ask That, which asks misunderstood, misjudged, or marginalised Australians those awkward, inappropriate, or uncomfortable questions that nobody else dares to voice in public. The new eight-part 30-minute series features the first-person voices of people who have experienced domestic and family violence, African Australians, Intersex people, ex-politicians, disaster survivors, politicians, alcoholics, deaf people and more.

An ABC production produced and directed by Kirk Docker and Aaron Smith, with Frances O’Riordan as Executive Producer, You Can’t Ask That was awarded the European Broadcast Union’s Rose d’Or Award for Best Reality and Factual Entertainment Program in 2017. In Australia it’s been awarded three United Nations Association of Australia Media Awards and been nominated for two AACTA Awards, a Logie and an Australian Human Rights Commission Human Rights Award. It is now one of the ABC most successful formats ever, with versions produced in Spain, Israel, Italy, France, the Netherlands, Norway and Canada.

Time is running out for many species on our planet, which is why David Attenborough has chosen Netflix instead of the BBC as the platform for his latest nature series on the effects of climate change. Looking for the widest global reach for his urgent message, Attenborough narrates, though doesn’t appear on screen (a fact we can forgive him for, at the age of 92). The eight-part 45-minute series, produced by Alastair Fothergill, who also produced the BBC Natural History Unit’s Planet Earth, has been negatively reviewed by some critics as a mere  ‘greatest hits’ compilation of past Attenborough projects. But The Atlantic says this one is different in the way it ‘forces viewers to acknowledge their own complicity in the destruction of nature,’ while also providing stories of hope. The task of taking action is tackled by the show’s website, which invites viewers to make small changes to the ways they eat, buy and consume energy. Either way, the show will be worth a watch for the usual stunning, sumptuous nature cinematography alone.

The stories were made by a variety of animators, mostly from the US with a Latino edge, but a couple from overseas. The episodes explode with life, fantastically intricate, visually challenging and surprisingly close to real faces and characters. It is a trumpet blast for animation, beyond childhood, sneering at the limits of physical laws, loud, raucous, defiant and loaded with street culture. You think anime is state of the art? THIS is state of the art. Also, it has one of the best cat jokes of the year.

The project arose from a ten-year-old feature film proposal which was roundly rejected, based ultimately on the animated SF film Heavy Metal. Some episodes are a bit mouldy around the edges with gratuitous nudity etc etc so it’s very definitely an adult series.

However, it has solid cred as art+entertainment, developed by David Fincher, a Hollywood heavy hitter involved in projects like Fight Club, Alien 3, Panic Room, Gone Girl, The Social Network and the US version of House of Cards. It seems he has a mischievous unconscious which has been fighting to get out. His major partner in crime is Timothy Miller, the animation guru who set up Blur Studios and went on to direct Deadpool and Neuromancer.

Pity its not on the big screen, but whatever.