The Federal government has just shafted the sector, paid off the commercial broadcasters and offered a small box of bandaids.
David Tiley 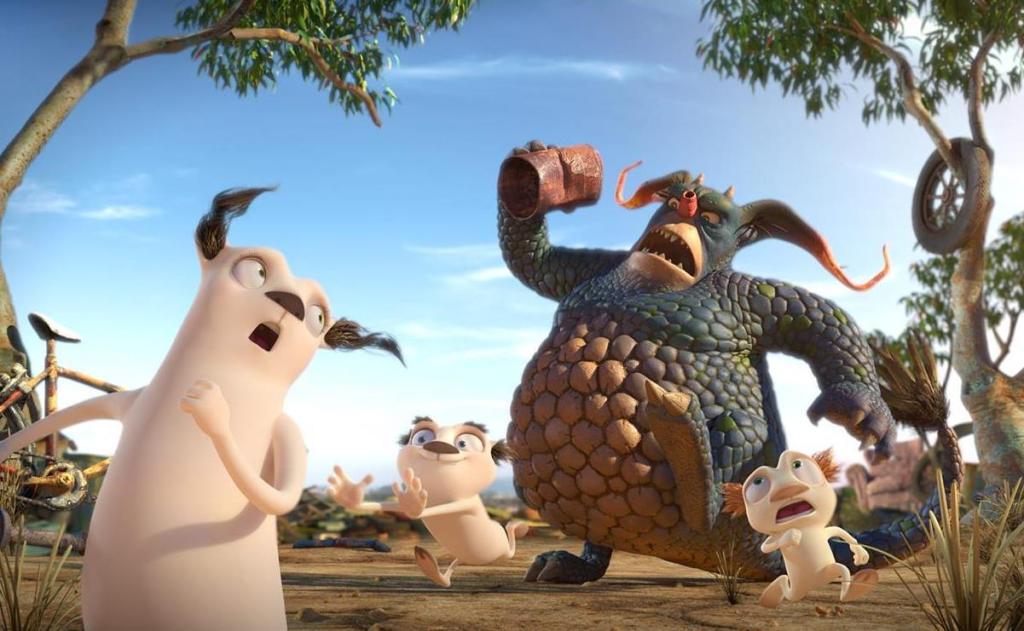 The baddies won!  Image: Bottersnikes and Gumbles from Mighty Nice.

The Federal government has just taken ten percent off the budgets of every Australian feature film which relies on the tax offset, which is everything truly Australian which costs more than $500,000 to make.

At the same time, it has increased the offset for television by 10%, which is a gorgeous opportunity for broadcasters and streamers to drop the price they pay by said 10%. It will also make in-house production significantly more attractive. Minister Fletcher claims it will increase budgets and improve quality.

The commercial broadcasters and Foxtel have won almost all their arguments about regulation. Industry experts estimate this will reduce the annual drama budget by $100m, which is a loss of 2,800 jobs. In more technical terms, these are jobs equivalents, which means industry members simply get less work as they move from gig to gig.

How is that $100m calculated? The broadcaster license fees trigger the offset, Screen Australia, presales and co-productions, which simply don’t happen without that initial commitment.

To add salt to the wound, the networks are allowed to count NZ shows as Australian as a result of the free trade agreement. Network Nine already uses this trick to account for half its commitment.

Foxtel, not in the best state of health financially as the streamers roar into town, has had its Australian drama spend halved from 10% to 5% from July 1 2021. This has to average over three years, which works out to about $36m/year over the last three years.

So Foxtel is now required to commit an average of $18m/year.

The free-to-air broadcasters are currently required to broadcast 55% of Australian content in prime time. They always exceed that because it includes reality TV, sport and current affairs.

The vital issue, over which the commercial networks have duelled with the government ever since the 1970’s, is the sub-quotas which require precise commitments to kinds of television which are not the most financially attractive way for the broadcasters to spend their dollars. They keep saying Australians love their stories, but the truth is, they don’t want to spend the money.

The industry has managed to defend the actual existence of the sub-quotas, but the broadcasters will get more points for higher budget shows, thus enabling them to make less. They campaigned for shows like Home and Away to get 2 points rather than one in the equation, but will have to settle for 1.5.

In Minister Fletcher’s words, we are beginning to ‘rebalance our regulatory framework’.. and ‘remove unsustainable obligations on industry and tailor our interventions to match the new and diverse ways Australian content is being produced and consumed.’

In return, the government is claiming to ‘inject $53 million into the development and production of local film and television as part of the 2020-21 Federal Budget.’ That will include $30m for TV to Screen Australia which also gets an additional $3m over 3 years ‘to establish a competitive grants program to cultivate quality Australian screenwriting and script development.’ How that differs from its current development strand we do not yet know.

The Australian Children’s Television Foundation gets an additional $20m over two years which is ironic considering that the government has just allowed the commercial broadcasters to completely abandon children’s television.

Instead, broadcasters can choose whether to fill the quotas with drama, documentary or children’s.

According to Fletcher’s release, ‘the particular mix chosen will be a matter for each broadcaster based on its business strategy and judgement of audience appeal’. Since the broadcasters have said repeatedly that kids don’t fit their business strategy (because they can’t sell junk food to them) and nobody watches the shows (because they don’t get promoted) we can see that the code behind the announcement is pretty transparent.

Bottersnikes and Gumbles was supported by Network Seven in 2016. It was an international coproduction, played on BBC Children’s and was the first Australian show in which Netflix invested. The production companies are Mighty Nice and Cheeky Little Media. No need for any of that any more.