Australian comedy Sexy Nails will air in the US

Toxic masculinity is about to take a beating with Sexy Nails, a new Australian comedy that's set to air in the US.
Silvi Vann-Wall 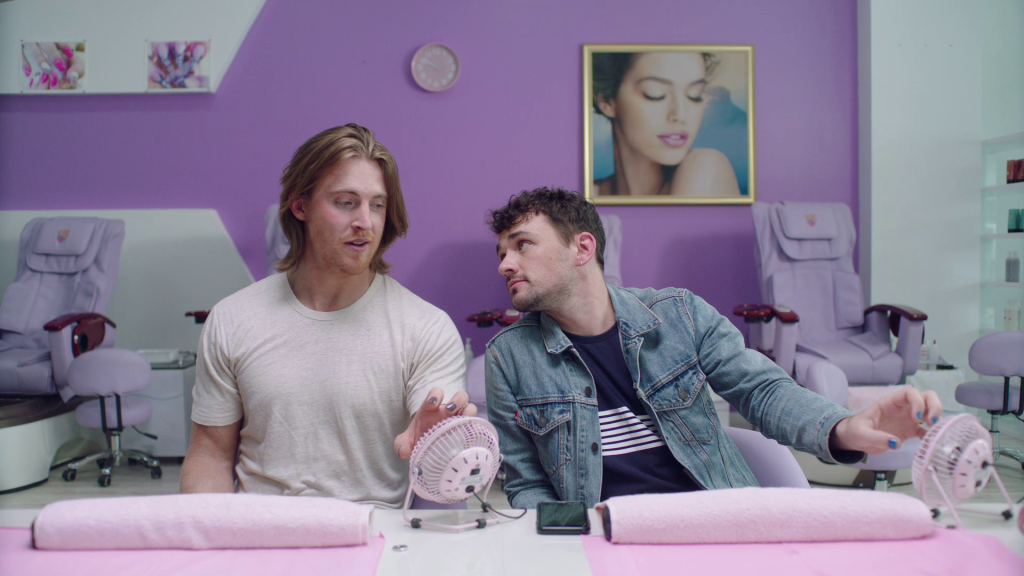 Australian comedy Sexy Nails has been picked up in a deal with AVOD (advertising-based video on demand) streamer Roku after winning Best in Writing at ‘America’s leading web series festival’ Stareable Fest 2021. The Roku Channel will air all six episodes in the US later this year.

This deal presents an exciting opportunity for the series to find an audience in America as producer Tom Slater develops a half-hour series based on the concept, called Life Partners, along with several other film and TV projects.

‘Putting out a web series is hard work, and you never know which avenue is going to be the one that gets you anywhere,’ said Slater. ‘I’ve been putting stuff out constantly since Sexy Nails came out last year, including a mobile-specific spin off for Instagram.

‘Having meetings with execs in the US who really love the show and get what I’m trying to do has been amazing and a definite highlight, and a great way to learn how to distill my ideas and pitch future projects. Hopefully we have still more to come’.

The short series, written and directed by Tom Slater and starring Jacob Warner (Hacksaw Ridge) and Thomas Larkin (Homecoming Queens), explores modern masculinity via two best friends who get their nails done together and talk about relationships.

Roku has recently moved into the Originals space, with its latest acquisitions including Werner Film Productions’ The Newsreader and the Roku Originals Reno 911! and Weird starring Daniel Radcliffe.

Sexy Nails was produced by Tom Slater and Emily O’Connell for Photoplay Films, who also provided finance for the micro-budget series along with Slater. Oliver Lawrance and Scott Otto Anderson serve as Executive Producers.

You can watch the series on the Sexy Nails YouTube Channel