Senate rebels against its own enquiry into the ABC and SBS

Yes we will becomes no we won't in Senate ructions over the ABC and SBS complaints inquiry.
David Tiley 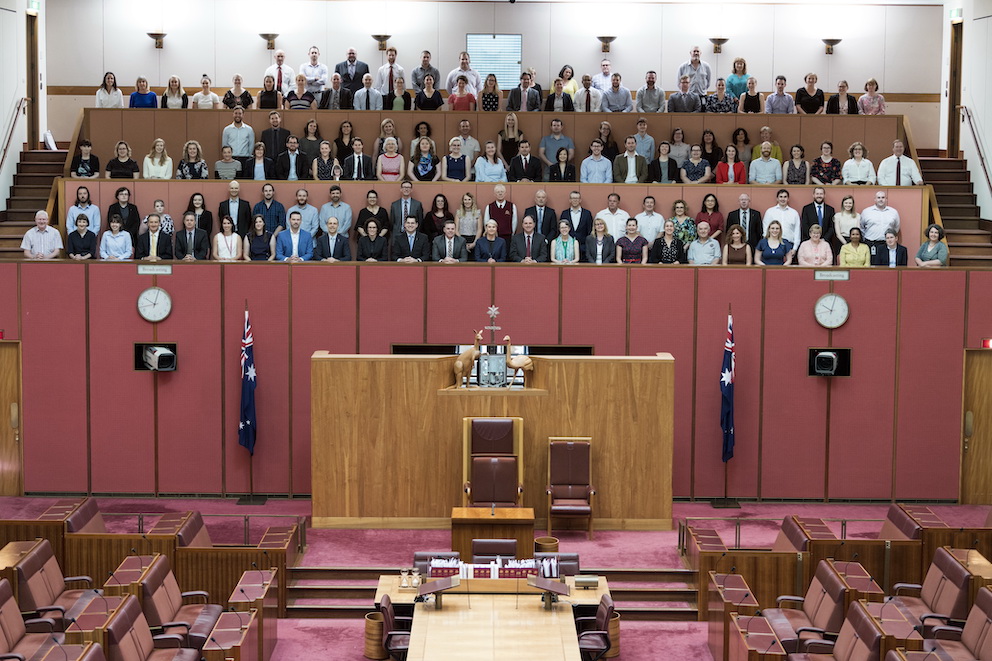 These are all the Senate staff who keep the place running. They have never seen this manoevre before.

In the cool, clear language of bureaucracy, this is what happens when the government gets sneaky on the public broadcasters.

On 11 November 2021, under Standing Order 25(2)(a)(v), the Senate Environment and Communications Legislation Committee agreed to inquire into the complaints handling arrangements of the Australian Broadcasting Corporation and the Special Broadcasting Service.

In particular, the committee agreed to examine the adequacy of the existing arrangements to provide a framework that is accessible, responsive, efficient, accountable and fit-for-purpose.

On 23 November 2021 the Senate directed the committee to suspend the inquiry until the independent review of the ABC’s complaints system has been completed.

The committee’s inquiry will resume once the independent review of the ABC’s complaints system has been completed.

Ita Buttrose AC OBE has won her campaign, and the government lost control of the Senate as it bopped its own Inquiry on the head, courtesy of the numbers. Greens Senator Hanson-Young wielded the rubber mallet.

For what it’s worth, the Senate has not tripped itself up like this before. A government is not likely to launch a Parliamentary Inquiry which it can’t protect on the numbers again.

The Murdoch Press claims that the move is an attack on democracy. Senator Andrew Bragg, who thought of this whole idea, called it a step backwards for democracy. According to Hanson-Young, ‘This Senate inquiry, run at this time, set up outside normal processes and controlled by the government, is designed as a witch-hunt.’

There is one public submission already on the website. The Honourable K R Handley AO QC suggests that the final decisions by the ABC complaints process should go to the Administrative Appeals Tribunal. After an enormous amount of wasted time, corroded reputations, crazed submissions and undying hatred, all swilling around in Murdoch bile, this may well occur.

The vote was a close-run mess. Senators Stirling Griff, Rex Patrick and Jacqui Lambie joined he ALP and the Greens, while the One Nation mob said they would abstain because we all know what has to be done anyway, but then changed their minds and voted with the Liberals.

Senator Gerard Rennick didn’t attend, claiming confusion about pairings, so the delay had the numbers. He is now trying to get the thing re-voted which means the reptiles of the press are hoping for the mess to spill into a second day. In his defence, he may have been addled by Zoom and can’t remember what members actually physically do when that annoying bell rings in the background.

However, the Guardian is after Rennick, who is so exercised about the horrors of compulsory vaccination he has withdrawn his support from his own party except for key votes. In a truly ironic twist, he has been promulgating huge amounts of anti-vax news on his Facebook page which he knows to be wrong.

He might want to go quiet for a while on the matter of truth and media integrity.