Selling Australian formats overseas – it can be done

If you love formats you have lots of ideas about them, as AIDC 2020 revealed in a fascinating discussion ranging from 'You Can't Ask That' to 'Love on the Spectrum' and beyond.
David Tiley 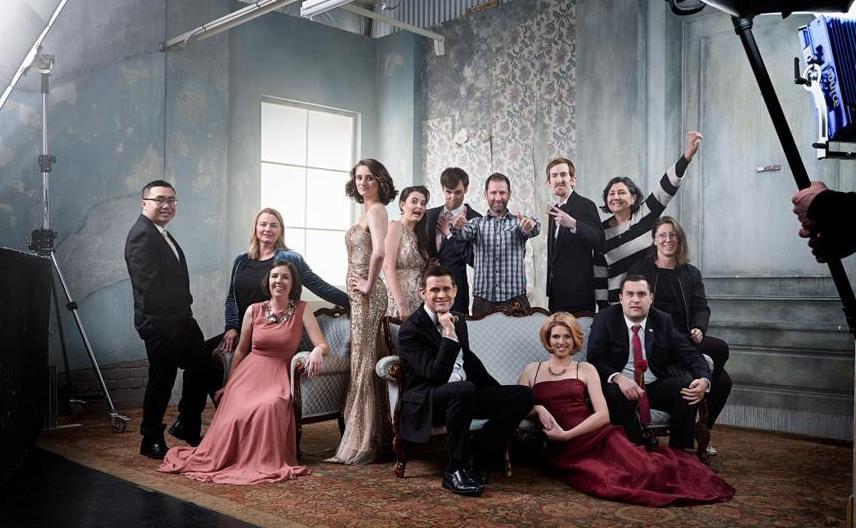 Love on the spectrum. Image: ABC

You could argue that one of Australia’s great export ideas has slipped under the radar. It’s just a TV format, an entertaining little idea incubated through the ABC. It is called You Can’t Ask That, and it is produced by Scott Mitchell.

It was one of three case studies for an AIDC 2020 session, ‘Australian Formats, Global Reach’, in which Katherine McMillan, the ABC sales manager for formats, explained how the show travelled.

The show in some form is running in fifty countries. ‘We knew as a format it was going to be a winner,’ she said. ‘Possibly completed tape sales would be a little bit harder but that was why we decided to focus mostly on the format.

Besides broadcasters and production companies they talked to spotters who are working the markets to find formats. They are all ‘becoming more and more demanding essentially and often they don’t really know what they’re looking for. They were just really invigorated by the pitch and I don’t think any one of them could have told me that was what they were looking for. They just wouldn’t have seen it coming.’

The simplicity of the idea was a major factor, partly because buyers may be dealing in their third language. It can also run through linear and digital media, is splittable into chunks and can even be re-versioned as podcasts.

Ideally, they are providing a bible plus a consultancy which helps the format to stay true to itself, while adapting it to the local culture. Buyers also want music and title packages. The price for the deal may vary enormously, though it is always a cheap show compared to a large logistically formidable format.

They lead with options deals so the buyer is serious from the beginning. License fees can vary from 3 per cent to 12 per cent of the budget, mostly in the middle plus a fee for the consultant. Subsequent series should cost more, and good ratings can push it up too. But in small territories the ABC may get no more than a flat fee.

While this is going on, the ABC is also doing tape sales for its own version. Some buyers won’t want multiple versions in their territory, while others will keep the sales rights to their own version. As usual, deals can have many moving parts.

Abigail Priddle is a commissioning editor for specialist factual at the BBC, who came into formats as a runner and went on to direct some of the major UK formats like Secret Millionaire, Undercover Boss and the more respectable 24 hours in A&E. So she is a walking, talking compendium of formats with a real sense of the philosophy behind them.

Off the list but important: ‘There’s an audience that comes to a format where they know they’re going to get payoff and, you know, story structure and emotion. And so they’re really useful and we sort of, you know, we disregard them a little bit too.’

She argues that British audiences really need an emotional journey, a sense of payoff, that can work very well with coherent quest stories. Even though You Can’t Ask That does very well, it has not sold in the UK, probably for that reason.

Formats can also work at very different scales and they are a brilliant way of tracking the evolution of popular culture. Priddle ran clips of a series about makeup based on the YouTubers who provide tips to young people, which is built up by formal competitions with judges. The point is that the audience and the competitors take that culture absolutely seriously, and the result comes from genuine skill. We are watching people build their own faces, layer by layer.

In a sense, the format world is a toolkit, and the starting point is the culture, not the game. Seen that way, they are quite different to sport, as they allow producers to build backstory and character and allow audiences to identify with protagonists – all the baggage of fandom is built in the show, and not presumed as in the team supporters.

Do they prefer to develop themselves? ‘We keep a really keen eye on international formats. I’m really happy to discuss them. I mean I made The Block.’

Cian O’Cleary talked about Love on the Spectrum, which he produced and directed for Northern Pictures after receiving Screen Australia money for development. He has also made Employable Me and two series of Changing Minds: The Inside Story, described as an observational program set in a mental health unit.

It is a format in another sense, a series of character-based events moving through a really soft trajectory of common problems in which the participants relate pretty closely to the events they have chosen. There is no guarantee of conflict, no arc against simple adversity, just the facts of vulnerable people taking risks despite their neurodiversity. This kind of work takes both taste and integrity.

‘It’s not like we didn’t sit down and say, let’s create a format. You put things away in your mind for years and there’s a time and a place where something just feels right to try and really push it out into the world and it felt like the right time. But yes, from the moment we started to really develop it, we knew it was possibly a format.

‘And I think what we mean by that, as opposed to just being a returnable series, or a franchise, is that it’s something that could possibly be related to different characters, it’s universal. There are a huge number of people on the spectrum, all over the world.’

Katherine McMillan with all her ABC sales experience argues that the global market is interested in global formats. There is always a search for the new as well as the predictable. Abigail Priddle is equally positive.

‘I would say definitely do it [ a formatted version of Love on the Spectrum] but you have to really have a good think about who you create for, what slot you will be creating it for. And have a good think about how it would roll out and whether it can continue to run for a very long period of time and be flexible and adaptable. Because that’s what broadcasters are looking for – they don’t want to put a lot of marketing behind something if it is going to be a very very short run.’

A few rules about formats

1. Keep it simple. The whole idea should not have too many moving parts or the project will get too complex and the broad audiences you want will get lost.

2. Many markets for any format will be wary of offending their governments, and often they don’t want to upset their advertisers.

3. Be prepared to kick ideas around and enter broad discussions. If commissioners sense the depth of the idea and the production company, they will commit a lot to discussion.

4. As Priddle said, ‘To sit there and go let’s come up with a format is probably where madness lies. I think it is better to come up with a territory or subjects. What are you interested in, and then how do you format that.’

Cian O’Cleary brought the discussion right back to earth.

‘Right now, it’s really hard to get an original idea up, but I think Screen Australia is really on board with the idea of people creating their own piece of space for a lot of development. So, if anyone had an idea I think that a good place to start is to try and just get a little bit of money, and try and develop something that is palatable and understandable and makes sense.’

After all, the odds of creating a fully formed project which can be pulled out of a paper bag is pretty low. There is generally a lot of development with the broadcaster. Formats don’t have to be a game show; they are just an artificial way of making sense of people as they deal with challenges.