We're heading back to cinemas; Causeway's supernatural horror comes home from Serbia; and awards, opportunities and opinions abound in this final instalment of News in Brief for 2020.
Rochelle Siemienowicz 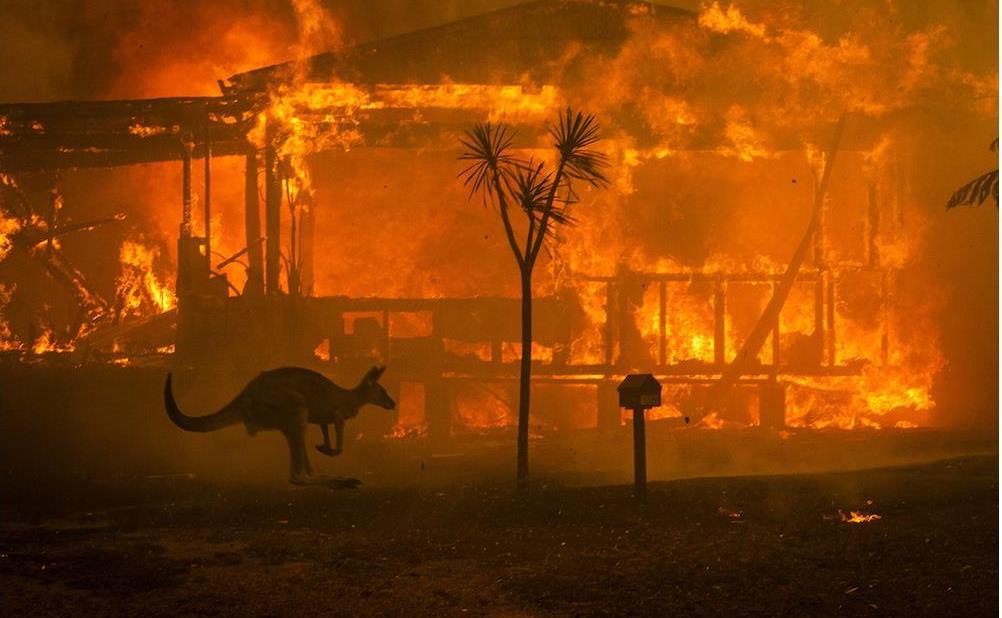 Hopefully not a portent of the season to come. Photo credit: Matthew Abbott whose photos feature in new feature documentary Black Summer, announced by Screen Australia this week.

Cinemas are open again with lots of Australian films

This is the final News in Brief column for 2020, and what a relief it is to reach this point and say that our cinemas across the nation are well and truly open for the summer season. Now is the time to support your local physical cinema if you want it to keep existing. Australian films on offer now in selected cinemas include Rams, Brazen Hussies and Babyteeth. But also look out for:

The Furnace: Out now, the debut feature from WA writer-director Roderick MacKay, premiered at the 2020 Venice Film Festival. Set during WA’s 1890s gold rush and filmed in the ruggedly beautiful country around Mount Magnet in the Mid West, the story is an unlikely hero’s tale about a young Afghan cameleer (rising Egyptian star Ahmed Malek) who falls in with a mysterious bushman (David Wenham) on the run with two stolen Crown gold bars. Pursued by a zealous police sergeant and his troopers, they must race to a secret furnace where they can reset the bars to remove the mark of the Crown.

Penguin Bloom: Glendyn Ivin directs this adaptation of the best-selling non fiction book. Naomi Watts stars as the young wife and mother who finds hope through a baby magpie after she’s paralysed by a near-fatal accident. Also produced by Made Up Stories, Penguin Bloom is released by Roadshow on 21 January.

Read More: The Most Anticipated Films of 2020

High Ground: An action thriller set in 1919 and filmed in the Northern Territory, High Ground stars In a bid to save the last of his family, Gutjuk (Jacob Junior Nayinggul), a young Aboriginal man, teams up with ex-soldier Travis (Simon Baker) to track down Baywara (Sean Mununggurr), the most dangerous warrior in the Territory, his uncle. Directed by Stephen Maxwell Johnson, and produced by David Jowsey, Maggie Miles, Witiyana Marika, Greer Simpkin and Stephen Maxwell Johnson, High Ground premiered at the 2020 Berlin International Film Festival and is in national release through Madman on 28 January.

Principal photography has wrapped in Serbia on the supernatural horror film You Won’t Be Alone from Causeway Films’ Kristina Ceyton and Sam Jennings, the producers of The Babadook and The Nightingale. You Won’t be Alone is the debut feature from Australian-Macedonian writer-director Goran Stolevski, whose short film Would You Look at Her won Best International Short film at 2018 Sundance Film Festival.

Read More: Bruce Miller talks about the inner workings of The Handmaid’s Tale

Here’s the synopsis: ‘Set in an isolated mountain village in 19th century Macedonia, You Won’t Be Alone follows a young witch who is left to go feral in the woods. Curious about life as a human, she accidentally kills a peasant in the village, then takes her shape to see what life is like in her skin. This ignites her deep-seated curiosity to experience life inside the bodies of others.’

Reading and listening around the net