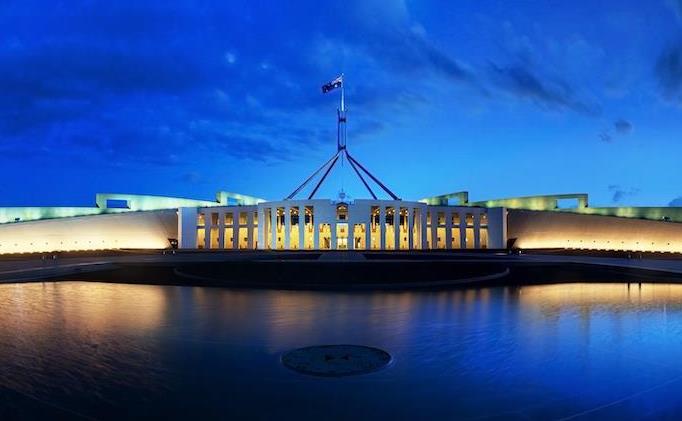 On Tuesday 16 March a combined delegation of Screen Producers Australia, the Media Entertainment and Arts Alliance, the Australian Directors Guild, and the Australian Writers Guild, badged to the Make It Australian Campaign, went to Canberra to lobby politicians.

The delegation launched the official industry response to the government’s Green Paper, which is trying to nail down ways of extracting money from film and TV streaming companies.

The government currently wants to pin streaming companies to spending 5% of revenue on local production, which aligns the regulations with Foxtel. This amount does not go close to replacing what the industry stands to lose from deregulating the free-to-air commercial sector.

As Alaric McAusland, the CEO of the ADG, said to Screenhub, ‘I was hearing stories from producers at our meetings of ongoing development projects which have been dropped by the networks as they are no longer deemed necessary to meet their obligations.’

Rather than 5%, the industry is pushing for 20%, and expenditure should reflect the genres it is transmitting into Australia – so drama spend is not spent on sport, for instance.

The two positions are now outlandishly different, and the electorate is accustomed to the idea that multinationals cannot be regulated in any meaningful way. As some industry members say, this would all go away if these companies actually paid any tax.

However, the industry does have a very important card up its sleeve. A multinational problem is getting multinational answers. The French are very close to fully activating a system which will extract between 25 and 30% of revenue from streaming companies, and the Canadians are not far behind. We are seeing a common regulatory approach building up across the non-US mixed economy world.

The industry is also campaigning hard on the current changes to the tax act, which provides a 40% rebate to film producers but only 20% for television. The government wants to create ‘harmonisation’ by which both sectors get 30%. Fine for TV, terrible for film, in which producers already grind through inadequate budgets.

Said McAusland, ‘We need to make sure that these films like The Dry and Penguin Bloom continue to be made, and the cost of maintaining the offset at 40% is miniscule in comparison to the investment on bring American studio productions here.’

This is supposed to be legislated by July 1, which puts the sector into a race to convince the Senate cross-benches that they should amend the bills. But the government is running out of sitting days so it may spill into next financial year. That will be a mess too as film producers are determined to put their features into production by July 1 to keep the 40%, and TV producers are delaying until they can get the higher 30%.

Read more: 2020 year in policy – seeing the world in a different way.

Is the campaign working?

We can see the importance of recognisable faces from a Facebook post by Anthony Byrne, Labor Member for Holt. Far from the centres of power he thanked SPA and said he ‘had a memorable chat with Marta Dusseldorp, Simon Baker, Justine Clarke, Bryan Brown and other members to discuss new ways to tell and make more Australian stories.’

This is a well-oiled machine, using individual meetings, various food events, screenings in the parliamentary cinema and the random capture of wandering politicians and advisors caught in the corridors.

SPA has recorded its presentation on Facebook. which records the support of the Labor Party’s Shadow Minister for the Arts, Tony Burke along with a happy, excited audience.

The industry’s policy people are very cautious – there is a long gap between goodwill and committing to regulate an internationally owned sector which has never known the touch of government.

‘We will only see success when we see reform legislated, and this is a necessary part of that conversation’, said McAusland. ‘I think that is uncontested.  We certainly feel that there’s a number that will provide sustenance and growth to the industry.’

– Minimum requirements to engage with the independent sector.

– Measures to ensure quantity as well as quality.

– Robust and comprehensive reporting to the ACMA.