The producers' rules about glamour: you need a clear schedule, time obsessives rule, and hunger increases anticipation. This year they all worked together.
David Tiley 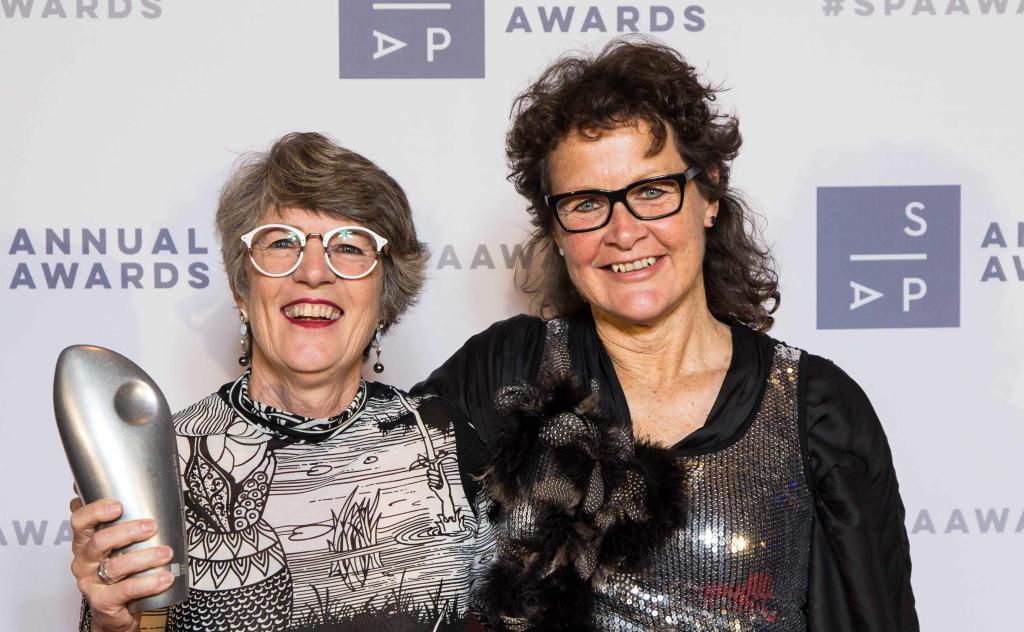 Rochelle Siemienowicz and I have a daunting trove of notes, recordings and transcripts from Screen Forever 2019, which we will turn into stories over the next couple of weeks. There’s a lot to learn from this year’s conference.

Once again we were inspired by Screen Forever because it is Hope Central for the sector over a hothouse three days. Some producers will get vital deals out of this, while others will make connections that don’t work immediately but set up the future.

Some delegates noticed a solid slice of the experienced sector which is missing. The reason might be price, but I think it has more to do with the use of alternate channels to pitch and follow up deals which go on throughout the year. Even the big conferences like MIPTV are said to be losing delegates.

Instead, we are seeing the Ones to Watch group and delegations from both the Directors Guild and the Writers Guild, backed up by teams funded by state agencies. That brings youth and energy and cross-sector dialogue which is both fun and valuable.

My overwhelming sense of Screen Forever at the moment is that it brings  some fascinating delegates from overseas who are dealing with similar pathways and issues as the Australian industry. We are watching companies deal with online marketing on a much larger scale, and international companies learning what ‘locally appropriate’ really means.

Producers are working out paths to excellence and ways of finding sales in the panicky market for content which is not involved with the big streamers. Netflix turned out in force, but they and their ilk are not the only game in town, so the indies can get a bite of new cherries as well. We may have our backs to the wall but the room is growing.

We are living in vibrant times, and Screen Forever epitomises the kind of trans-generational, cross-sector, multi-learning approach that will take us into the future. However, in the last two years we have seen a whole new cloud of cliches invade our language. You will see them scattered through our quotes.

Screen Forever epitomises the kind of trans-generational, cross-sector, multi-learning approach that will take us into the future.

Is Screen Forever in a death spiral? Anyone who felt the feelies from the awards night will think this is a ludicrous idea bred from our desperate journalistic need for a crisis. But the global market mechanisms are changing which could suck the frenzy in new directions. Emerging filmmakers may find themselves rebranded as junior employees in vertically integrated global pan-media forward facing digital reconstruction pipeline meta-companies. Sheer boredom and treadmill jobs could sap the sector’s energy.

However, that traditional structure is dead anyway, to be replaced by a truly chaotic marketplace of smart ideas and transformational practices. SPA brought Karen Palmer and Tea Uglow to show us how the cutting edge present is a telescope to the future, VR work is flowering, Rachel Griffiths is setting fire to the present and Stan is teaching us that capitalisation is the reason why capitalism works. These are the best bits of Screen Forever, anyway.

In our previous explosions of productivity the sector has relied on energy and traditional storytelling. Now, for the first time, screenmakers will survive on thinking about pathways and understanding the emotional side of the bond between creator and audience. For that, Screen Forever should evolvr as a vital arena.

At the moment, however, the word storytelling is being done to death while no-one talks about art.

The Screen Producers Award is a unique night which tells us much more about the sector than any others, because producers choose what to put into the whole arena. These are the only awards where production companies are honoured, and regularly thank both their business managers and lawyers.

They acknowledge the producers’ skill in choosing and crafting shows which rate or score box office, while they also look beyond the hype to the actual show. And they also value the ability to create diverse slates.

And the winners are…

Ludo won the Media Super Production Business of the Year Award; the Animated Series Award for Bluey (natch); the Online Series Award in association with Since 1788 Productions for Robbie Hood, and shared the Screen Business Export Award with Porchlight Films, who remade Animal Kingdom as an international series.

Which feature film enchanted producers the most? Top End Wedding, from Goalpost Pictures and KOJO Entertainment.

Telemovie or Miniseries? Lambs of God.

Comedy Program or Series Production? Rosehaven series 3, from Guesswork Television and What Horse. We heard a ghastly rumour that the ABC is finding it harder and harder to support a new series of Rosehaven. Stopping it would be a sin before the altar of the Clown Gods.

Feature Documentary of the Year? The Australian Dream, GoodThing Productions

The Breakthrough Business of the Year is Closer Productions.

Services and Facilities Business of the Year: Roar Digital

The audience came to its collective feet for the announcement of the Lifetime Achievement Award, in which Anni Browning finally received the public recognition she deserves.

A 30 year veteran, she has been a completion guarantor for Film Finances Australasia since 1997, and was Managing Director when she stepped down to become an advisor and weekday yachtsperson this year. The guarantors represent the investors, are involved extensively but lightly in production, but will take as much control as necessary if the show runs off the rails. They are sounding boards, problem solvers, custodians of common sense with a capacity to exert considerable power. They also keep more secrets than any other person in the sector except for the managers of the Offset programs for under the Tax Act.

When she announced her retirement we asked her for five things she has learnt in her long career. This is what she wrote:

Producers are incredibly and admirably tenacious, sometimes against their own best interests.
There’s a bit of Pollyanna in most of us.
It is easier to fudge it than face a difficult truth but rip the bandaid because truth will come out in the end.
Even when you think you’ve seen everything that can go wrong some new crisis can appear needing a fix.
Great movies sometimes come from the most unexpected places..

On the night she paid tribute to her life companion, lover and helpmate Helen Evans. They have been together since 1975 in one of those relationships that remind the rest of us that love really works.