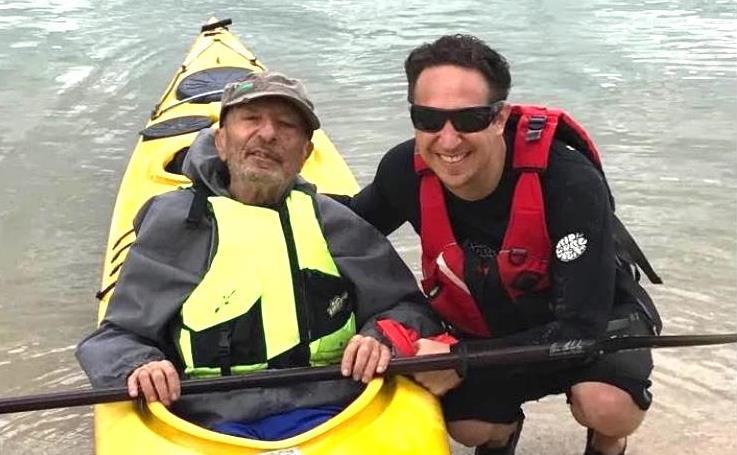 Antony Partos (on the right)  in his real creative element as a screen musician. Image: Guild article.

Screen composer and polymath of sonic storytelling Antony Partos has succeeded Caitlin Yeo as the president of the Australian Guild of Screen Composers. Members are necessarily skilled organisers and business people, with a strong sense of intellectual property, evolving tastes and the role of government.

The Guild has run two forums on the agendas for the year ahead, and is actively gathering information from members. Screenhub cut to the chase in an interview with Partos.

What is the immediate industrial future for the sector?

The upside is that the 20% tax offset for television is being increased to 30%. But it comes with a lot of other downsides. The Guild was advocating for 40% on condition that the department heads are Australian. Unfortunately the Minister has not even taken up the opportunity to speak to us directly or hear our concerns.

There’s been a lot of talk about American films coming which is very positive for crews, but has virtually no impact, or has a negative impact on broader creative industries and especially the post production industry, so it’s a very much a two tiered economy for the film industry.

Dropping the tax offset from 40% to 20% is not a good look for composers. Is that correct?

Besides falling budgets, what else is lurking in the detail?

Composers are being asked to reinvest their fees back into the production in the questionable belief they get their money back when the film becomes profitable. And there’s potential tax implications for doing this because composers could be liable for being taxed on the whole fee while they only receive a portion of that fee, and pay studio hire out of this fee.

They are also being coerced to give up their royalty stream. And also streaming services are very opaque with how and how much they remit as royalties. At the moment it is incredibly – infinitesimally – small compared to public broadcasting royalties. So, we’ve been squeezed not only by the budgets and by reinvesting back into the film, we are losing our intellectual property.

At the same time, composers are very good negotiators and we stick together. We see a fairly rapid erosion of our conditions so I have to be pessimistic. But the importance of being President of the Guild of Screen Composers has never been more pertinent. The weight of that responsibility weighs heavily on my soul.

Rights payments are a very significant stream of income for composers…

Basically, if you are using musicians and engineers, you can expect about 70% of your fee to be going out on hard costs. It is very easy to see that you are pretty quickly likely to have a tax bill.

In terms of income from the composer side. Basically, if you’re if you’re if you’re using musicians and engineers, you can expect to be paying around 70% of your fee is, is, is going out on hard costs so when you ask. The majority of your favor. It’s very easy to say that you’re actually pretty quickly, potentially have a tax bill.

Traditionally, you recoup when a television show is sold to networks around the world. That is where you recoup your fee, which is your superannuation.

So the rise of the streaming services is very bad news.

At the moment, even if you were to retain your intellectual property. the back end is very, very small.

How do you respond to declining budgets? It seems to me that the quality of the sound is fundamental to the success of lower budget projects, particularly if they are ambitious. The gold standard is the resources for an orchestral score if you need it.

If I don’t have the budget for an orchestral score, I’d be arguing for a different or more novel approach to creating that same sound. You can achieve large textures and sweeping statements without an orchestra. It is up to the composer to think laterally and come up with sounds that have a similar emotional response without having to artificially replicate strings and oboes and flutes and so on, because that is always a second rate solution.

You always have the solution of production music which is a blessing to some degree. It can be useful to composers, producers and directors say, “Oh we need this hip-hop track or this big band track”. It’s a false sense of economy for the composer to concentrate on them and production music is better.

Production music has its place but for anything dramatic like a television series or feature films where you require a deftness of touch in terms of themes and tempos, that is where production music can’t fulfil the need at the moment. If you don’t get it right it is a distraction and it doesn’t serve its purpose. I say this not in a cynical way but my role is as an emotional manipulator. I am part of the storytelling process and my objective is to tell that story and manipulate the audience into the response which is required by the director.

To get away from industrial realities at the moment, how has your year of COVID been?

I’ve been one of the lucky recipients of JobKeeper. Apart from a documentary I started work on last week, I have not had a job since April, and normally I am booked up a year in advance. So I am beginning my year now.

I’ve been sitting in my house doing a lot of financial planning and sitting down with the kids and saying, “Okay, we are going to do Form Five algebra today”.

What do you think you are going to remember?

I think the majority of people, myself included, have been assessing our values and what is important and what we want to do with our lives and the goals we want to achieve. Even though I’ve never seen a pandemic before, I am old enough to have seen a lot of financial downturns and a lot of hysteria. So I wasn’t that panicked.

Certainly with the staff I have as part of my company, I’ve managed to keep them on and not reduce their salaries, so I had JobKeeper to help out in that regard. I’m very thankful. I am more concerned about the state of the industry rather than the state of the economy.

I am very lucky I am in a place where I can pick and choose. If I need to focus on my mental health I get away from music. I’ll just go into nature. Kayaking is my salvation. That is my point of reflection and where I get my musical ideas from.

Do you mean river kayaking or ocean?

Ocean. But generally in the confines of the harbour so it’s not too wild.